Would you take less pay, smaller pension for better lifestyle?

Given the choice, would you give up ten of thousands of salary dollars now, and take a reduced Civil Service Retirement System or Federal Employees Retirement System annuity later — for life — if it meant you could telework from the geographic location of your choice?

What if you could do your federal job sans traffic, and live miles away from a city or surburb you now call home that could turn into a COVID-19...

Given the choice, would you give up ten of thousands of salary dollars now, and take a reduced Civil Service Retirement System or Federal Employees Retirement System annuity later — for life — if it meant you could telework from the geographic location of your choice?

What if you could do your federal job sans traffic, and live miles away from a city or surburb you now call home that could turn into a COVID-19 petri dish, and where traffic, crime and prices — from housing to food — are not likely to get better?

Maybe do your job from a place of your choosing for your family in a nicer, laid back community? Maybe a place where community service organizations, rather than extremist groups, drive the local conversation?

What if you could opt to do the federal job you now perform in Manhattan, or suburban Los Angeles or downtown Houston either from a laid back office in the Ozarks, a small town near the ocean or in a smaller, people-oriented community where rush hour is an 11-minute ordeal?

This is not science fiction. It may be one of the options to consider as the nation, and both federal and private offices decide what work life will be like if and when the current pandemic is beaten, made less serious or replaced by something worse.

Hundreds of thousands of people who never thought they would work anywhere other than an office are now adjusting to work-from-home. While there are many complaints about cramped lifestyles, lack of group contact, not to mention too much spouse or significant other time, many like it. Some love it and can’t imagine ever returning to the office on a full-time basis or a majority of the time. Many say that they are getting more work done from home than they ever did from the office, and that it is better quality and often quicker delivery.

While some agencies are now encouraging workers to voluntarily return to the old 9-to-5 workspace, the need to work from home — and its apparent success — has put a major dent in efforts at places like the Social Security Administration, Interior Department and other agencies to curtail or eliminate teleworking — either to benefit customers and taxpayers or to punish federal unions.

A growing number of private companies are allowing and encouraging top employees to work from home. I personally know people working in New Orleans, Bellingham, Washington; Colorado Springs, Portland, Maine; Minneapolis and from a Winnebago in Nebraska whose home offices are in Austin, Texas; Washington, D.C.; and Seattle. In most cases the workers get the same salary they did or would have at the home office, at least for now. That’s even though many live in a much lower cost area that they, not their employer, chose.

Pensions for the private sector workers are not an issue because their companies don’t offer them. But pay could become an issue and the value of lifetime retirement benefits, which for feds are linked to pay and longevity, are becoming an area of major concern. That is — if Uncle Sam encourages or allows workers to do their thing not from the home office but from a place of their choice.

White collar feds are paid under a locality system. The government determines what private sector wage rates are for similar jobs and then gives workers annual raises accordingly, at least on paper. While the bipartisan Federal Employees Pay Comparability Act of 1990 has never been fully or appropriately implemented it is what is used today and what the 2021 pay raise, if any, will be based on. Decades of locality pay raises have produced a wide variety of salaries for feds. The differences are based on hometown private sector pay. As a result, feds in some places get paid a lot more and will get bigger pensions than their counterparts in other parts of the country.

Over a lifetime of work that’s a lot of money. And in retirement the much higher annuity based on years earning more — for the same job — is nothing to sneeze at. That same grade step in the metro D.C. area is $97,848, which is something people in the metro region should consider when they talk about high costs.

So would you do it? If it became more normal for people to chose their workplace, would you give up the Kennedy Center, or Broadway or the Opera House for a simpler lifestyle, less money and reduced pensions in a place where Friday night lights — when they return — is the social event of the week?

To see how your salary stacks up against feds in other cities, see the pay tables from the Office of Personnel Management.

An episode of the popular children’s cartoon “Peppa Pig” was banned in Australia because the episode taught children not to fear spiders and showed the characters casually picking them up. Australia is home to some of the world’s deadliest spiders and thousands of people there are hospitalized by bites each year. 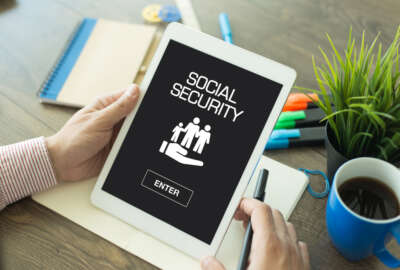 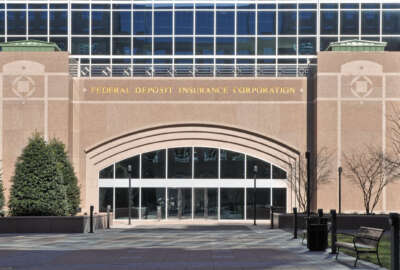