This employee’s call for pandemic help is detailed, heartfelt and futile

How rarely nowadays do people send stamped, first class letters! When I get one, I rip it open right away. And so it was with a thickly packed #10 envelope, addressed in neat, slightly stylish handwriting with a roller ball pen.

Anonymity is possible if you use the U.S. Postal Service. I only know the letter originated in San Diego, California. The letter is dated September 4th, its postal cancellation October 16th. Normally I discount...

How rarely nowadays do people send stamped, first class letters! When I get one, I rip it open right away. And so it was with a thickly packed #10 envelope, addressed in neat, slightly stylish handwriting with a roller ball pen.

Anonymity is possible if you use the U.S. Postal Service. I only know the letter originated in San Diego, California. The letter is dated September 4th, its postal cancellation October 16th. Normally I discount anonymous letters and emails. But this one is unusual.

It opens in the singular: “I am writing on behalf of a growing number of civilian federal employees and contractors, concerned about the actions, or better described as inaction, regarding related to [sic] COVID-19.” What follows is a list of 17 concerns. The letter concludes in the plural, saying, “We hope these concerns can be resolved without the intervention of unions, The Merit Systems Protections [sic] Board, or other judicial means.”

No name, no signature.

The eight-page letter is a detailed plea to correct “issues common to the welfare and safety of thousands of people (employees) and households” dealing with the pandemic. It discusses safety protocols, telework, compensation, hours, even garage and gasoline costs — and what the writer says are failures of leadership.

He or she addressed it to 22 people — members of Congress, agency inspectors general, federal unions, even Washington, D.C. federal employee plaintiff attorney Heidi Burakiewicz, a regular on my Federal Drive show.

I presume other news outlets got the same letter. It’s a long diatribe against the official response to the pandemic.

What’s striking about the letter is the meticulous way in which each complaint is detailed in outline form. Complaint #2, for example, states, “The absolute minimum standards of safety are being used in the military, these same standards are the only safety standards used by leadership for non-military employees.” It resembles a congressional bill, going this deep into outline format: 2 (c)(ii)(2)(c )(i). That’s five tab keys in from the main margin. Errors of syntax and spelling are counterweighted by, well, sheer weight and depth. It was probably an afternoon and evening-long effort just to compile the addresses, make and fold the copies, hand write and stuff the envelopes, and apply the stamps.

I’m taking an educated guess from the language and the addressees that the writer is a Navy or Air Force civilian employee. Among the recipients are the chairs and ranking members of the Senate and House armed services committees, the inspectors general of the Defense Department, Northern Command, and U.S Indo-Pacific Command. And not just titles, but precise addresses.

In the wonderful National Postal Museum near Union Station, I remember one display showing a long-ago letter addressed to Mr. Hot Dog, Washington D.C., or something like that. The Postal employees of the 1930s surmised the writer meant Franklin D. Roosevelt advisor and, later, Supreme Court Justice Felix Frankfurter (also the face on a stamp years ago).

Well, not our writer. He found the box, suite, street address and zip code of everyone.

I spend time describing the letter because I think it expresses, perhaps in an eccentric manner, whole fragments of thoughts federal employees throughout the country have. I could be wrong, but after 43 years in this business I can sense the real and the heartfelt, from the unhinged out there. This writer is certainly passionate, perhaps a little over the top. But not crazy or unhinged.

I can understand the desire for anonymity. These types of complaints can make an employee seem like a nail that must be hammered down.

He reminds me of regular email correspondent who reveals only his first name. I know he is retired, and from which agency. He sends links to stories published by everything from the New York Times to Federal News Network. He occasionally critiques what I write. Sometimes he sends a useful tip. We have an occasional back-and-forth. He knows more about me than I know about him. But I sorta like the guy. He has a channel of concern he simply cannot let go of. But he doesn’t seem crazy, and the emails aren’t frequent enough to be annoying.

On the other hand, I’ve mentioned the man in Pennsylvania, whom I believe to now be deceased, who was thoroughly convinced the CIA had implanted a control device in his brain in the 1960s. I sort of miss his annual post cards — crazily lettered in different colors and directions — that kept up with me through different jobs and changes of address. Nowadays I get emails from “Adam” containing long, mostly unintelligible rambles dotted with fragments of sensical phrases occurring here and there. He’s developed a media list, meaning crazy doesn’t equal incompetent.

Back to our anonymous letter. I must break it to the writer, the letter will have no effect. Collectively all of the members of Congress and inspectors general get dozens of these a month. Without the ability to check back, give you a call, verify anything you’ve written — the letter is headed for the shredder. IGs, congressional staffs and lawyers all need details, chapter-and-verse.

Probably where you work you encounter confused policy, lack of safety and medical training. Bosses might actually call you a lazy s—bag. No doubt you had to shell out for your own office supplies at home. But without specific agency, supervisor name, date, location — what do you expect of the Defense Department Office of Inspector General?

On the other hand, with the government in neutral on return policy, it wouldn’t hurt to conduct some reviews. 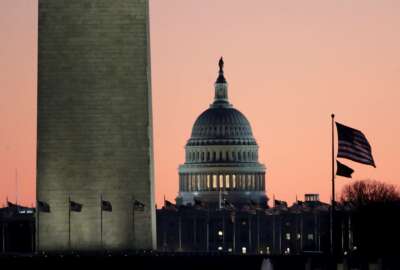 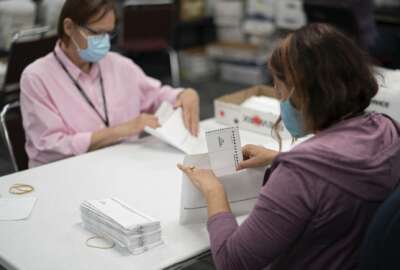 The fed vote: Does it exist, and who needs It? 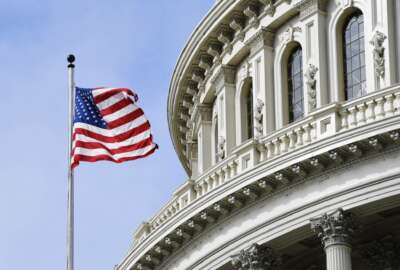 Pols debate pandemic. Feds do something about it