Membership in the exclusive federal Thrift Savings Plan millionaire club continues to grow as long-time federal and military investors continue to buy stocks, even when the market hits a rough patch.

The largest account in the TSP as of September is nearly $7.9 million, compared to $7.3 million in June and $6.3 million at the end of March.

Data from the Federal Thrift Investment Board, which runs the world’s largest 401k-like programs, shows there are just over 5.8 million current, former or retired civilians and military personnel in the program. In addition to the buy-and-hold pattern of so many investors, most are eligible for a matching contribution of up to 5% from their agency.

Some of the larger accounts represent rollovers from other qualified plans of private sector lawyers named to be federal judges or well-heeled individuals who came into government as members of congress or political appointees. Many chose to put their outside retirement accounts in the TSP because of its extremely low administrative fees and strict oversight.

The oldest newspaper in America is The Hartford Courant in Connecticut. It is actually older than the nation. Started by Thomas Green as a weekly paper in 1764, The Courant stayed afloat at first by selling clothing, stationery, hardware and spices out of a store in front of the newspaper’s office. 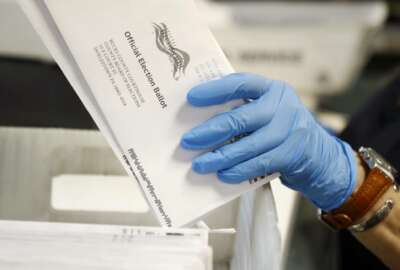 Trump vs. Biden and the impact on your TSP