Are you thankful for those Thanksgiving leftovers?

Thanksgiving day itself is too busy and ritualized for most people to think about the thanks part. But why should the giving of thanks be concentrated on just one day?

This came to mind watching a General Motors television ad. A young couple, both slim and fit, are exchanging gifts. She hands him his and hers wristwatches. He walks her to the driveway to present his two gifts: a gigantic creamy blue pickup truck and...

Thanksgiving day itself is too busy and ritualized for most people to think about the thanks part. But why should the giving of thanks be concentrated on just one day?

This came to mind watching a General Motors television ad. A young couple, both slim and fit, are exchanging gifts. She hands him his and hers wristwatches. He walks her to the driveway to present his two gifts: a gigantic creamy blue pickup truck and an equally imposing crimson red SUV. The joke in the ad occurs when the woman hops in and embraces the pickup as the “hers.”

The house behind them is a huge, ultramodern, glass affair, with what looks like a marble driveway. With a multimillion dollar house at the end of a long, wreath-trimmed driveway, and the means to buy $150,000 worth of automotive baubles with total insouciance, that fictional couple certainly has a lot to be thankful for. What a remarkable set of assumptions behind an ad no doubt vetted by focus groups and color consultants. I imagine the admen conjured up a Google millionaire married to a life coach for the existentially-challenged software class. They live in Marin County.

I asked a few feds about what they are thankful for in this most remarkable of years.  I also asked about white meat/dark meat preferences. No one answered they were grateful for a new car with a grill the size of a studio apartment. Federal managers are, though, gratified by their work and the results it brings.

National Institutes of Health Director Francis Collins, perhaps not surprisingly, is thankful for progress in the battle against The Virus, “thanks to the devoted and selfless efforts of thousands of scientists, who dropped everything to bring all of their talents and resources to take on the worst pandemic in 102 years.” Collins, who prefers white meat and the Friday hash made from the leftovers, also said he wished the public health messages about masks, social distancing and hand washing “had been more widely adopted, rather than becoming fragmented and politicized. Tens of thousands of lives could have been saved,” he wrote.

Coincidentally, I also asked NIH’s chief information officer, Andrea Norris. She had a similar thought. “I am thankful for my colleagues at the National Institutes of Health who are working tirelessly to accelerate the development of tests, treatments and vaccines for Covid-19 and by the many individuals who are providing front line assistance and medical care to the millions of people around the world who are affected by this global pandemic.”

She added, too, that a “beautiful and very spirited first granddaughter turned one.” This new grandma also prefers white meat, adding “I like the leftovers better than the real meal!”

Legendary football coach George Allen said that in his house, the three main pillars were family, flag and football, or something like that. Or maybe one of the sons said that’s what he said. Anyway, National Institute of Standards and Technology Fellow Ron Ross — his preference is white meat — echoed that idea in expressing thanks for his family, “the incredible freedom we have been blessed with this in this great country of ours,” and for being able “to serve the American people in helping protect the security of our information and the computing systems we depend on.” Ross himself is a combination quarterback and coach to the federal cybersecurity players.

See the themes? Family, work, colleagues, purpose — for many feds those are the abiding values. I also asked a contractor association head, who can probably afford his-and-hers GMC uber-vehicles. He said the millions of government employees, uniformed personnel, and contractors “who get up every day and do their jobs to the best of their ability … are worthy of daily gratitude.”

A retired Social Security employee with whom I occasionally correspond expressed thanks for having another year with his 91-year-old mother, “the most important person in my life.” He stays away from meat altogether.

I also asked people what is the one thing they would like to see Joe Biden do once he’s inaugurated as President. Ross “would like to see a continued emphasis on promoting  cybersecurity education in elementary schools, high schools, and colleges and universities.”  Andrea Norris “hope[s] that the Biden administration will bring a renewed respect for public service and inspire current and future generations to be part of a workforce that impacts the lives of individuals like no other career choice.” Several feds have expressed the same thing in recent days.

Francis Collins’s hope is that Biden brings a “focus on unity in all things, brings us back together. One nation, under God, indivisible, with liberty and justice for all.

And the retiree calls on Biden to do this: “Make sure that the vaccine works and gain the trust of the public by being the first in line.” 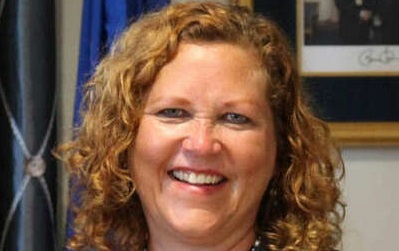 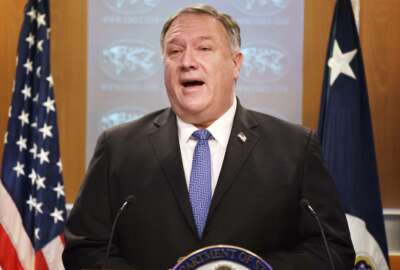 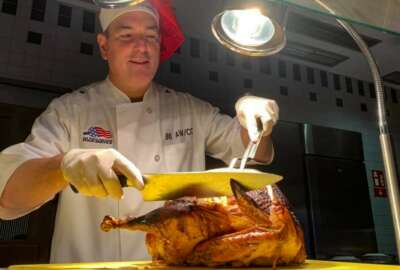