This column originally published on July 13.

A wise person once told me in my younger years that if I wanted a stable job with good health and retirement benefits, I should join the federal government.

That person was my father, who, in some ways, is your stereotypical baby boomer fed. He joined government after the Army and then college. He stayed at the same agency for years and happily retired after a few decades...

This column originally published on July 13.

A wise person once told me in my younger years that if I wanted a stable job with good health and retirement benefits, I should join the federal government.

That person was my father, who, in some ways, is your stereotypical baby boomer fed. He joined government after the Army and then college. He stayed at the same agency for years and happily retired after a few decades with a pension and health insurance for life.

A recent survey from the Office of Personnel Management found that federal health and retirement benefits were a similar draw for many current employees.

Federal retirement programs had a similar impact on recruitment and retention efforts.

This isn’t so surprising, considering the reasonably high rankings that the FEHB, Thrift Savings Plan and health insurance programs received from current feds.

About 70% of baby boomers said the FEHB meets their needs to a great extent. But for millennials, 53% agreed with that statement, the OPM survey said.

Perhaps no surprise, baby boomers prioritize prescription drug coverage and doctor availability when choosing an FEHB plan, while millennials are more concerned about total out-of-pocket costs. Roughly 86% of millennials said costs were the top factor when choosing a plan, while 77% of Generation X and 69% of baby boomers named cost as a top concern.

Millennials, some 55% of them, are more likely to consider changing their health plan within the span of five years, compared to 42% of baby boomers and 49% of Generation X, according to the survey.

Millennial and Generation X employees are also more likely to seek telehealth or mental health services for themselves or a family member, OPM found.

When asked to describe what other kinds of benefits might interest them, federal employees of all ages said they were most interested in short-term disability insurance and financial advisory services. Millennials, however, more frequently described emergency child or dependent care as a top interest.

“Recognizing these differences as well as similarities may be impactful when thinking toward the future recruiting and retention needs of agencies as baby boomers retire and new staff are needed,” the OPM report reads. “The priorities and needs of each generation of workers are important to consider to ensure that future benefit program offerings are in line with the priorities and needs of the changing workforce.”

OPM has, if not quietly, expressed an interest in exploring other types of employee benefits. In its latest budget justification to Congress, OPM floated the idea of offering a new slate of “voluntary benefits,” which may include short-term disability insurance, prepaid legal plans, emergency short-term childcare and personal accident insurance.

Under the OPM suggestion, enrollees would be responsible for the full cost of these benefits. But because OPM could harness the purchasing power of the federal government, the agency believes federal workers may end up paying a lower price than they would otherwise had they sought out similar services on the private market.

The National Commission on Military, National and Public Service took this idea a step further: Give new federal employees a set dollar amount and a wide range of benefit options and allow them to choose the programs that best suit them at their current stage in life.

Under a “cafeteria plan,” a 35-year-old employee with a spouse and a young child, for example, might choose child care help over long-term care insurance. Ten years later, that same employee might choose from a different mix of benefits.

Think back to your younger years — what benefits would you have accepted as a new fed? And would you have made any trade-offs on health care or retirement savings to take advantage of child care subsidies or something else?

Of course, the likelihood of this scenario becoming reality is pretty slim, especially considering Congress’ current priorities during an election year. And it’s difficult to imagine a possibility where current feds aren’t grandfathered into the existing health and retirement systems.

Anything could happen. After all, it only took Congress a decade to pass a new paid parental leave program into law.

The temperature when both the Celsius and Fahrenheit scales are the same is -40 degrees. 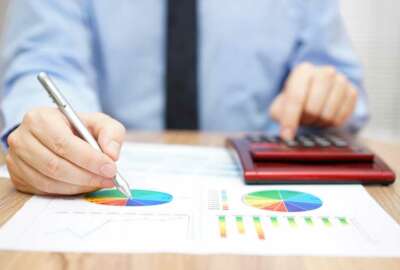 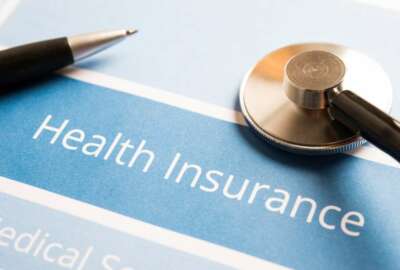