Richard Nixon remains part of American political folklore for a variety of reasons. High among them, this historic press conference statement, “But as I leave you, I want you to know: just think how much you’re going to be missing. You won’t have Nixon to kick around anymore.”

Yes the election challenges continue, but I doubt even President Donald Trump believes anything other than that he and Melania will politely greet the President-elect Joe Biden and First Lady Jill Biden at the White House come January 20th — the Trumps on the way out, the Bidens on the way in to the building Harry Truman called a big jailhouse. So admit it, you’re going to miss Trump. Love him or hate him, or whatever you think of him, Trump has been an exquisitely attractive football to kick around.

Federal employees each have their personal opinions of an administration. But as employees, they care about what an administration does for or to them. I think it’s fair to say Trump has been a president many have loved to hate. I’m making no judgement on whether Trump has been a good or bad president. I did not do so for Bush-Clinton-Bush-Obama either. I’m simply saying that in many ways this presidency has been a field of sand paper on which many have honed grievances. Every president is both loved and loathed, but Trump’s personality and approach to the office has been particularly evocative.

I’m sure even Trump’s supporters would agree his method of operating the presidency has been … unorthodox. Trump has been fun to discuss, analyze, grouse over, show shock at, make fun of, tweet about. People did so over prior presidents, of course, but again, not to this intensity.

At the basic level of pay and benefits, Trump’s effectiveness has been on par with other presidents. No pay freezes actually occurred during the Trump administration — except that record could notch one in the other column for next year. Nor did any adjustments — cuts, if you will — to the retirement formula, although the Trump administration did suggest them. Federal employees got paid parental leave. That decision was made by Congress, yet Trump signed the bills. Federal News Network reporter Nicole Ogrysko postulates that perhaps Trump ended up forcing more members of Congress to pay attention to issues that affect feds.

The federal unions will miss the thrill of conflict with the White House, much as impalas relish the clashing of horns in seeking dominance. Often it has been the Trump appointees who spark union ire. Just this week the Association of Administrative Law Judges issued a declaration of no confidence in leadership at the Social Security Administration, where a bitter contract dispute sprouted into disagreements over telework in the pandemic.

At the Department of Veterans Affairs, the American Federation of Government Employees has been battling successive Trump secretaries, with intemperate language on both sides. At this moment the national AFGE site has a condemnation of Trump for proposing a pay freeze for 2021. AFGE and the other unions have clashed with the administration over many pandemic topics including telework, reopening plans and supplies of protective gear and materials.

Then there’s Schedule F, the new category of federal employee into which the administration would put career people who write or promulgate policy. It would make them easier to hire and fire, turning them into quasi-political appointees. From the unions to the Senior Executives Association, that executive order was received like grandpa’s bubbles in the kiddie pool. Ditto for the executive directive banning certain forms of diversity and inclusion training. Both highly debatable propositions to be sure. But I noted a trace of, I don’t know, delight(?) in the exuberance of the denunciations.

I remember that during the Nixon administration, and especially at the end, with Watergate, Nixon and his travails became a sort of national pastime, for some an obsession. People expressed fear for democracy, a looming constitutional crisis perhaps, but at some level they loved it. So it is with Trump.

Nixon’s famous statement came not after losing the presidential race to John F. Kennedy, but rather after losing the election for governor of California in 1962. So Nixon did return to be kicked around.

Don’t expect President Donald Trump to say the same thing. Whereas Nixon might have actually wondered if he was politically done for in 1962, Trump has already hinted at a 2024 rerun. And few ever expected Nixon to come roaring back the way he did. So if your wont is to have Trump to kick around, you may yet have the opportunity.

Why is it called ham radio? Amateur radio is also known as ham radio and amateur radio operators as “hams.” The term “ham operator” was originally used by landline telegraphers to refer to amateur operators, who they thought had poor skills. Ham was a derogatory slang word, as in “ham actor.” Amateurs adopted the word and began using it to describe themselves and their hobby. 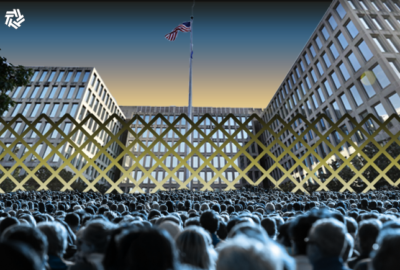 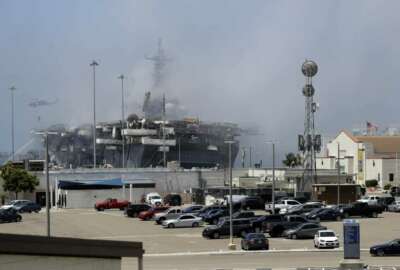 Fire pokes through the veneer of technology 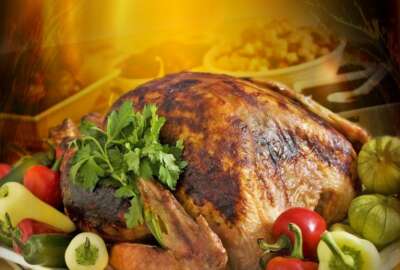 Are you thankful for those Thanksgiving leftovers?