Literally as I finish up this column, I’m watching live — at NASA.gov — the NASA flight controllers cheer and whoop it up. Just before 4 p.m. yesterday, the Perseverance rover, a highly capable robot with its own helicopter, made it successfully to the surface of Mars. The lander was sending strong signals, and moments later a picture with its own shadow.

Who can help but have vicarious pride in these people — the NASA...

Literally as I finish up this column, I’m watching live — at NASA.gov — the NASA flight controllers cheer and whoop it up. Just before 4 p.m. yesterday, the Perseverance rover, a highly capable robot with its own helicopter, made it successfully to the surface of Mars. The lander was sending strong signals, and moments later a picture with its own shadow.

Who can help but have vicarious pride in these people — the NASA employees and their families, and the contractors — who make this happen? And in the nation that conceives and supports it?

“NASA works! This is what we can do as a country!” exclaimed one NASA engineer, standing next to a big, unopened jar of peanuts.

Down here on earth, alas, our rolling national nightmare of pandemic, vaccine distribution, an unresolved immigration question, and now crazy weather events, have shown the centrality of government in people’s lives. For better or worse, that’s life in a complex, 21st century society.

At the same time, the second and third-tier appointees are arriving from the Biden administration’s personnel operation to the agencies. This time around is no 1997, 2005, or 2013 — the midpoints of two-term administrations. Now, career feds are enjoying a 1993, 2001, and 2009 — a change of party in charge. Like, say, Carter-to-Reagan, this policy reversal has been neck-snapping.

The government has to deal with its own operational problems, too. An air traffic control tower at Dallas/Fort Worth airport flooded. Luckily the airport has two, but the water still contributed to flight delays and cancellations.

On the pandemic front, everyone is cranky about getting a vaccine. The multi-level governmental machinery gets dinged for how long it seemingly took to ramp up, and how spotty the distribution and administering of the vaccines has been.

But I’ve got an answer to help you get through it. It’s not mine, actually. I’m borrowing it from one Bridget Bean. She’s a retired 33-year federal employee who spent 29 years as a career civil servant, and the last three or four as a FEMA political appointee. She’s like a glowing rocket contrail of enthusiasm for federal service and for the human capital function in which she spent much of her career.

Bean said she operated on a simple, three-part principle:

Go forth, do the people’s business, and be kind to one another.

She told me, the “go forth” part means empowering your people to act, bring enthusiasm and creativity to the task, and, in Bridget’s words, “drive it like you stole it.”

“Do the people’s business” means never forgetting the mission when expending all that energy.

But what about “be kind to one another?” That, Bean said, is basic human relations, keeping the focus on the work and not abusing people in the pursuit of accomplishing things. That might be a quaint notion in the bizarro world that is Washington, D.C., but it’s a worthy one.

Pushing a little, I asked Bean whether the citizenry might, given the zeitgeist, be less than enthused about a government that is struggling to attract talent.

“I would probably push back a little on that, Tom,” she answered. And did she ever.

“Having been able to work with the folks at FEMA and HHS, and what they did, in a short period of time, is really nothing short of amazing,” Bean said of the COVID crisis. She noted work with state and local officials, projects like getting the USS Comfort into New York Harbor early on, and marshaling resources to get to the vaccines — “99% of that was all done by federal employees, not by [politicals], not by the White House, but by the people who go in every day committed to making a difference for the American people. And I can tell you, FEMA and HHS, we worked around the clock … so I really want to push back because the response really was quite incredible.”

Look down today, and all you see is cold ice. Look up and realize there’s a new alien roaming around the reddish planet. Look straight ahead and keep doing the people’s work.

Saturn’s beautiful rings are not solid. They are made up of particles of ice, dust and rock — some as tiny as grains of sand, some much larger than skyscrapers. 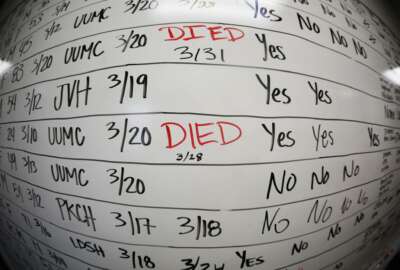 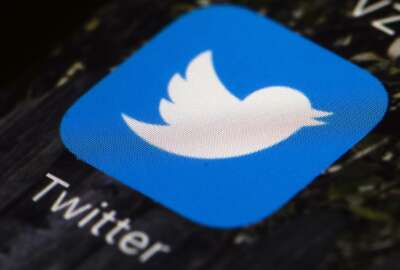 How tweets poison a leader from the get-go 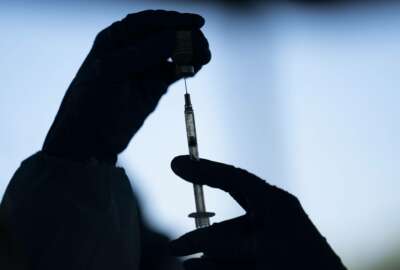