Smooth sailing ahead for feds, right?

For many career civil servants, the last 40 days and nights — under new management — must have been a welcome change.

While not exactly one of them, the new CEO doesn’t dislike feds because they are feds, and he’s spent most his life living in, or longing to return to, the D.C. Swamp. Without a blowtorch!

Feds who spent the last four years avoiding any taint, by telling potential dates/mates they were unemployed or doing time for murder, now feel free to admit without fear they’re with the CPA, the State Department. Even the Consumer Product Safety Commission.

The Biden team has been warmly welcomed in the D.C., Maryland and Virginia suburbs. By contrast many Trump team members — including VP Mike Pence — often got the cold shoulder from neighbors, had their homes ringed by political signs and were sometimes asked to leave local restaurants. After the Trump inauguration, some locals delivered home-made sympathy cupcakes to EPA offices here. But things have changed.

Feds no longer have to worry about if they will be getting a January pay raise. The only issue is how much (3.2% is the odds on favorite for next January). Retirees can probably relax knowing that their annual cost of living adjustments are safe.

Government workers in D.C., New York City, Chicago, Philadelphia and other high-wage, and often Democrat run cities, no longer have to worry about having their jobs transferred to lower-wage areas where their final pension would be worth much less.

Job-wise, life should be much better and less turbulent for federal government workers. Certainly better than the Trump years, for the most part.

But every silver lining has a cloud. The possible downside — and it’s now that much of a dip — is that it will be easier for the administration to eliminate COLAs in hard times (as happened under President Obama) or use the Democratic-designed sequester process to influence Congress — or shut the government down over extended periods around Christmas. And if there is a massive economic dive, it will be much easier for the administration — backed by a Democratic House and Senate — to reduce short-term expenditures via smaller pay raises and long-term costs by reducing inflation-adjustments for retirees.

Rattlesnakes are found throughout the Americas. They exist in almost every state of the U.S., except Alaska and Hawaii. 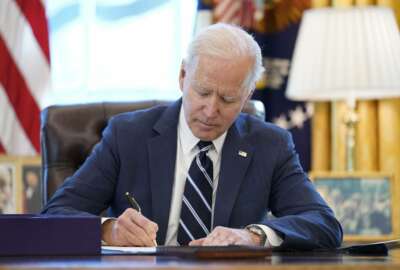 Steadying the foreign policy ship after a change in administration