Whether on rotary or smart phone, citizens want to call you

The telephone call has proven itself a durable mode of communication. Agencies have moved to what’s known as omni-channel ways of dealing with constituents. These include mobile or desktop online transactions, and chat sessions increasingly driven by artificial intelligence. Digital means of dealing with the public are vital, to be sure. They speed things up and make routine exchanges faster, cheaper and easier to track.

But the phone call will never go away. Sometimes people...

The telephone call has proven itself a durable mode of communication. Agencies have moved to what’s known as omni-channel ways of dealing with constituents. These include mobile or desktop online transactions, and chat sessions increasingly driven by artificial intelligence. Digital means of dealing with the public are vital, to be sure. They speed things up and make routine exchanges faster, cheaper and easier to track.

But the phone call will never go away. Sometimes people need to talk to someone. Questions, requirements, and individual urgencies can be too fine-grained for digital interactions. Omni-channel customer experience excellence demands top-notch phone capabilities.

For instance, I’m going to call our local baseball team for which I’ve had season tickets for many years. Ticketing, buying beer and parking have all become app driven. Paper tickets disappeared several years ago. But the pandemic and limited stadium seating have made things so convoluted, I no longer know what’s in my own account. I need to call someone to help sort it out.

Agencies have trouble answering the calls they get. That is, more calls come in at times than the infrastructure — people and supporting technology — can handle. As the Government Accountability Office recently summarized, IRS call centers have long had trouble keeping up with demand. The pandemic temporarily ended phone service at this time last year.

Social Security has done a little better. It’s also getting more calls than ever. The agency even publishes the data sets for its telephone customer satisfaction surveys.

Government doesn’t have this challenge exclusively. I recently had to set up an inherited IRA account at a major investment firm. That the company’s online forms and other data systems were, surprisingly, riddled with technical gaps only increased reliance on calling in. Not exactly on the vanguard of the financial industry. In fact, I got repeated emails asking me to call them to fill in this detail, electronically sign that document.

When you dial in, the first thing the automated operator tells callers is that while you’re on hold, you won’t hear anything. The next thing you hear is the world’s most annoying on-hold music. Oops. On three occasions I spent an hour on hold, memorizing the music. But when the agents finally came on the line, I couldn’t have imagined more helpful and empathetic people. In fact, I think they are trained to disarm people annoyed by an hour of listing to the on-hold music.

What prompted this whole column was a news item that Washington, D.C., as you might have heard, will soon get a second telephone area code to go along with the classic 202: 771. Large metropolitan areas have been getting second area codes for some time now.

At first, people scramble to keep or get new lines with the old area codes, which some thought of as the genuine ones. What self-respecting New Yorker — and Yankees-loving New Yorkers are all highly self-respecting — would want 646 instead of the universally recognized 212? What sunglassed honcho in Los Angeles would favor 661, 424, or 323 over the unmistakable 213?

Imagine if the White House number became 771-456-1111? Clearly that would not have the same cachet as the 202 version. Not to worry, if you like your area code, you can keep your area code, as long as the line stays in continuous service.

Time fades those distinctions. And as more people switch to cell phones exclusively, and given the mobility of the U.S. population, it’s getting harder and harder to know where a given call is actually coming from.

But seven-digit dialing will end for intra-D.C. calls once 771 debuts in the fall. Having two local area codes requires 10-digit “dialing.”

When I lived in southwestern New Hampshire briefly in the late 1970s, you could dial (and it actually was dial) within the town with just four digits. To call Jaffrey from Peterborough, though, took five digits. You could call anywhere in the state with seven digits. That wasn’t too many years after phone dials had come with little labels in the middle carrying two letters and five digits, a throwback to the quaint era of named exchanges — like HIllcrest, OXford or JUniper.

Today, given the vast changes in telecommunications, we simply need ten digits in order to have enough numbers. Is a billion enough for a population of approximately 350 million? We’ve got the FCC and an organization known as the North American Numbering Plan Administrator to figure it all out. At the moment, the administrator contract is held by a data and registry management company called Somos.

Complex as the telecommunications system might be, the simple, human voice-to-voice medium it enables remains a crucial element in customer experience and just plain happiness. When IRS, or Social Security, or Medicare, or any agency people people who answer the phones are equipped with the right information, they can help people in a profound way.

The first Rock & Roll Hall of Fame ceremony was held in 1986. There were 15 inductees in the inaugural class, the first of which being Chuck Berry, making him the first person ever to be officially inducted. 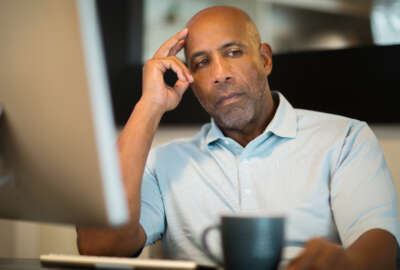 News got you down? Look at the good people

The big secret of high-performing agencies