Surprised about the FEVS? Maybe we shouldn’t be.

A few months ago, the Federal Employee Viewpoint Survey results became a weird point of debate during a House hearing in February.

Republicans on a House Oversight and Reform subcommittee said the initial 2020 data showed feds were happier under the Trump administration than they were under former President Barack Obama.

Democrats said that couldn’t possibly be true, given what they believed were harmful policies from the Trump administration.

But as most feds already know,...

A few months ago, the Federal Employee Viewpoint Survey results became a weird point of debate during a House hearing in February.

Republicans on a House Oversight and Reform subcommittee said the initial 2020 data showed feds were happier under the Trump administration than they were under former President Barack Obama.

Democrats said that couldn’t possibly be true, given what they believed were harmful policies from the Trump administration.

But as most feds already know, it’s not quite that simple.

The Office of Personnel Management released the results of the 2020 Federal Employee Viewpoint Survey last week, and they’re largely positive — in a year that wasn’t so positive.

In its final days in office, the Trump administration previewed the results.

“A preview of the governmentwide results are heartening,” acting OPM Director Michael Rigas said at the time. “Through the toughest times, employees have been resilient and motivated while supervisors and senior leaders alike have served employees well by embracing their roles to keep employees safe and informed.”

That’s consistent with the message OPM gave last week when it published the full results of the 2020 survey.

Again, it was positive. Overall employee engagement rose to 72%, a 4% increase over the previous years.

Looking at past year’s data, it’s rare to see governmentwide scores go up by two points or more a year. Engagement scores steadily rose by a point or two in the last several years until 2019, when they stayed flat.

So yes, a 4% increase is notable. It’s notable any year, but maybe especially so during a pandemic.

OPM, which warned against making too many comparisons between the 2020 results and those from previous years due to some differences in the way it administered the survey, acknowledged it too was initially surprised by the results.

Still, I’ll point out that in 2020, 71% of feds said they’d recommend their agencies as a good place to work. And

These results are certainly the most positive ones I’ve seen in my six years of covering the survey. So how were they so positive in a year that was so, well, crappy?

The data shows many leaders and (especially) supervisors stepped up during the pandemic.

About 73% of feds said their organizations made safety a top priority in bringing employees back to work.

Based on their agencies’ response to the pandemic, 73% said they believe their organizations will respond effectively to future emergencies.

We’ve heard many agency and HR leaders say over the last year that the pandemic has forced them to be more intentional in how they communicate, what they say and how they manage the performance of their employees.

On an agency-by-agency basis, there are high and low points.

The Treasury and Transportation Departments saw their scores go up by six and seven points, respectively.

The Department of Homeland Security has been on a multi-year effort to improve its employee engagement scores, which have been low in the past. In 2020, it improved by 4%, surely an accomplishment for an agency of its size.

Leadership scores have typically been poor for DHS, but they’ve been on the rise for the last five years. In 2020, the score for DHS leaders rose by 5%, the largest increase the department has experienced in the past give years.

It wasn’t all good news though.

Engagement scores dipped, however, at the Office of Management and Budget and the U.S. Agency for Global Media each by 2%.

Leadership scores at the U.S. Agency for Global Media have been low for several years but in 2020 dipped seven points.

So what does this all mean again?

As OPM reminded the press last Monday, the FEVS doesn’t measure “whether an employee feels that an administration liked them or not.”

It does, however, measure how agency leaders responded to an unprecedented pandemic that impacted everyone, regardless of where they lived or worked.

The reason our hair becomes gray, silver or white over time is that as you get older the pigment cells in hair follicles gradually die causing each strand with decreased pigment cells to lose their melanin. 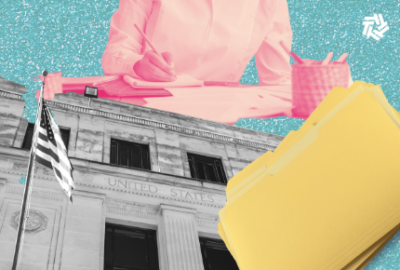