CPR for the IRS

According to a new national survey (okay, last week I asked 7 coworkers if they liked paying taxes and if they wished they could pay even more), it turns out that most Americans don’t like taxes. But you knew that.

At the same time, most taxpayers pay up the full amount, year after year.

Many anti-taxers also understand why we have taxes. And what we get back for paying them. And the fact that most other Americans pay their fair share, on time. Key word: MOST.

As with anything, there are exceptions. Many multi-billionaires don’t mind taxes because they don’t have to pay them. And they don’t. Or if they do, they often don’t pay taxes on the same percentage of their income the people who work for them do — for 5-figiure salaries. Or you.

Thanks to a ProPublica expose of up-to-now secret IRS records, many of the richest Americans pay little or nothing. For them (and their accountants and attorneys), April 15 is just another day.

The tax exempt billionaires owe their good fortune to a number of things. Including politicians, half of whom — at the House and Senate level — are also millionaires. Some made there fortunes before being elected to Congress. Others made it after they had been in office, despite their rather modest (by Wall Street and high tech standards) salaries.

Over the years, Congress has helped millionaires, who have been known to contribute to political campaigns, avoid taxes by gutting the IRS, while giving it more duties. Fewer agents, officers and auditors. Result? A backlog of money owed Uncle Sam that can’t be collected. At least not in a timely fashion. When the backlog of action against tax deadbeats gets too strong, politicians authorize outside collectors — AKA outfits with a meaner-than-a-junk-yard approach — to go over uncollected taxes. The private firms get help and information from the IRS, down to addresses and other personal information. And also a healthy cut of whatever they collected because the intentionally understaffed IRS hadn’t collected. At least two such efforts failed when the private collectors got out of hand or the public got fed up.

But there is a new effort to beef up the IRS. Give it more funds, resources, and all-important, people to do the job. If politicians allow it to happen. So what’s the problem? We asked Duncan Giles, a 26-year veteran of the IRS. He’s also a long-serving officer in the National Treasury Employees Union (NTEU), which represents many IRS employees. Here’s part of what he said:

I’ve been with the IRS over 26 years. Almost 20 of those has been as an NTEU President. I have watched with a great deal of alarm over the past couple of decades as the IRS has literally been starved funding wise.

Has there been some mismanagement over time? Absolutely. Should that be the reason we don’t get funding? Absolutely not.

The IRS has been for as long as I can remember the public & especially Congress’s punching bag. That is understood & comes with the territory. But when you don’t adequately staff the organization that brings in 95% or more of the funds the federal government brings in it is like shooting yourself in the foot with a howitzer. The staffing we have now compared to when I started is frankly pitiful. There is no way we can do our jobs that the President, Congress & most importantly the American tax paying public expect of us with this current staffing. I’m very thankful the President, some in Congress, NTEU President Tony Reardon & IRS Commissioner Chuck Rettig all realize this.

It’s not only staffing it’s got to be retention of employees that we do get. All too often people retire as soon as they are able. New hires don’t stay. Folks with a few years In don’t stick around. The main reason? There is too much work for too few people so you get the double whammy of burnout from employees as well as some managers who even though they know the workload is unmanageable will continue to throw work to employees they know can’t possibly get done in a timely manner.

The employees that I interact with day in & day out whether they are bargaining unit or non bargaining unit uniformly want to to a good job for the American taxpayers. The frustration level has just risen over the years due to lack of equipment, modern systems & not enough people to do the work. The American people are frustrated, many in Congress are frustrated & believe you me everyone in the IRS from the Commissioner on down shares that.

Give us proper funding & time to train new people in a proper work atmosphere ( which we are bargaining now) & the IRS can greatly close the tax gap.

Lastly the IRS doesn’t make up the tax laws, how much money we collect or what laws must be followed. That is Congress. When they starve us on funding and lash out at us about what we do & how we do it it is ironic because they caused so much of the problem. -Duncan Giles, President, NTEU Chapter 49

For IRS employees, a five-alarm fire 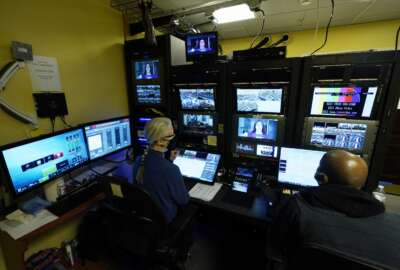 IRS could have IT workforce issues on the horizon