What if big boss, as in THE BIG BOSS, announced the following mission goals for you and your agency:

Would you be happy if the President of the United States said that to, for and about you? It would probably depend, a lot, on who the president was.

Biden has been in government all his life. If anybody knows Washington, he does. Assuming that’s a good thing. Meanwhile Trump came from New York real estate and reality TV.

By “better hiring outcomes,” does that mean Uncle Sam will, soon, be hiring better, smarter people? And if so how? Does it mean agencies need to shorten the time it takes to hire an individual? According to the Federal Managers Association, Uncle Sam, on average, takes 98 days to hire an individual — compared with an average of 35 days in the private sector. If those numbers are even remotely accurate, that is a big difference. But considering the nature of much federal work which requires background, security checks etc. Should the government be faster when it comes to making a job offer? Or could it mean that Uncle Sam — with only 6% of the total workforce under age 30 — need to move with the times. Offer incentives and encouragement to long-time, retirement-age workers to leave? Maybe that means a Clinton-style return to buyouts. Maybe it means the buyouts will be sweetened from the $25,000 max in most agencies to Defense-style buyouts worth up to $40,000 or more. That could open the doors to more young people, more diversity in hiring, more inclusion to make the government look more like the rest of the country.

And what does a “commitment to good government” actually mean? Most people would say they want good government. But for some that means more services, power and higher taxes. While for others its just the opposite. Fewer employees, fewer rules, more flexibility to hire and fire.

Biden isn’t looking for a smaller government. In fact his budget would increase the non-postal workforce by 50,600 full-time workers. If Congress approves. Many of the biggest increases would come in agencies that President Trump tangled with and distrusted. Also, that would be the biggest increase in government since the downsizing during the Clinton administration — about 240,000 jobs. That was intended to makeover the government by a combination of terminating people with severance pay, buyouts ($25,000 bought more groceries, houses and cars then) and early retirements. And massive contracting out of various government operations.

So what’s next? And when will we know? I asked a former union president. He said he didn’t have a clue, adding, “but I’m sure glad it’s Biden who said it.”

The last country to join the United Nations was South Sudan in July of 2011. The East African nation joined after gaining independence from the rest of Sudan.

Returning to the office, it’s about a lot more than the office or the building 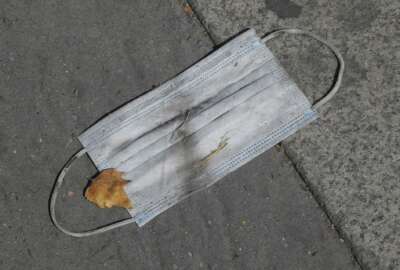