When it comes to federal pay raises the issue is often whether there will be one or not. Sometimes the answer — whether the President is a Democrat or a Republican — is not! But things change.

This year, and probably for the next three years of the Biden administration, the question isn’t whether there will be a raise, but how much it will be?

Feds got a 1% pay raise, almost an afterthought, during...

When it comes to federal pay raises the issue is often whether there will be one or not. Sometimes the answer — whether the President is a Democrat or a Republican — is not! But things change.

This year, and probably for the next three years of the Biden administration, the question isn’t whether there will be a raise, but how much it will be?

Feds got a 1% pay raise, almost an afterthought, during the last year of the Trump administration. Both political parties largely ignored the federal pay issue to concentrate on issues that would get them elected. But that was then, a long time ago. This is now.

The Biden budget calls for a 2.7% increase in January 2022. Democrats in both the House and Senate are pushing for a 3.2% adjustment. And if that pattern continues for the next few years, current feds will retire with larger lifetime annuities. Federal Employees Retirement System (FERS) retirees will get partial protection from inflation. And the few remaining workers under the old Civil Service Retirement System (CSRS) will get full inflation catchups each year. While the diet cost of living adjustment formula for FERS employees will erode the value of their annuities over time, it’s still better than most remaining private sector pension plans where you retire on a fixed amount for life. Feds also contribute to their retirement program, while some private sector workers don’t.

Civil service retirement benefits are based on the employees length of service and their highest 3-year average salary. Many private plans use a less generous high-5 calculation.

In addition to across-the-board general pay raises, feds also get so-called within grade (WIG) raises every 1, 2 or 3 years of service. If they remain in the same grade, it takes about 18 years to go from step 1 to step 10.

The 10-step salary spread is significant: In San Francisco, starting pay for a GS-13 is $112,400 — whereas someone in the top step gets $146,120. Again, a huge difference when calculating lifetime retirement benefits based on length of service and the high-3 average salary. Because they are under a less generous retirement calculation than CSRS retirees, those retiring under the FERS program get smaller basic civil service benefits.  But Uncle Sam contributes up to 5% of salary to their Thrift Savings Plan each payday.

The pension envy between many CSRS and FERS retirees will likely never go away. But for people under both systems, salary now translates into retirement annuity later. And more is always better.

Except for some groups, like border patrol officers, President Trump didn’t seem to have deep, kind feelings toward most feds. And outright hostility for many if not most. He saw Washington as a bureaucratic “swamp.” He was an outsider — and proud of it. Biden is different. Despite Pennsylvania routes, and four decades as a Wilmington, Delaware to Washington D.C. commuter, he is definitely an insider. And, like most Democrats, a favorite of federal and postal unions. Or at least their leaders.

Earlier this year, FedSmith editor Ralph R. Smith wrote a piece comparing federal pay under Democratic vs. Republican presidents. The 50 year snapshot surprised lots of people. Because feds got their biggest raises — averaging 6.4% a year — under President Nixon. Followed closely by the high inflation Carter years when federal pay raises averaged 6.6% a year. To check it out, click here.

And while any raise is better than nothing, bigger is better when it comes to the retirement part of life.

Because of its large number of territories around the world, France ranks as the country that has the largest number of time zones with 12. The United States of America is tied for second with Russia at 11, six of which are consecutive. Russia, because of its size, leads with the most consecutive time zones. 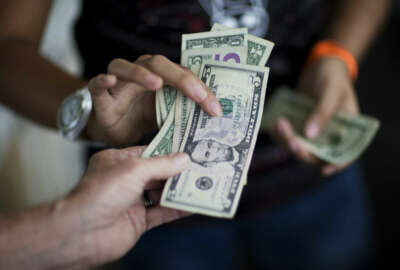