How’d you get that job anyhow?

When it comes to federal employment, you can find many paths to distinction. In most of my Federal Drive interviews, I stick to the particular matter at hand. We (the guest and me) only have about 9 minutes to cover the topic. But sometimes I’m curious — how did you end up where you are?

Some, like the ubiquitous Dr. Anthony Fauci, never worked anywhere but government. He joined during the Johnson administration — Lyndon,...

When it comes to federal employment, you can find many paths to distinction. In most of my Federal Drive interviews, I stick to the particular matter at hand. We (the guest and me) only have about 9 minutes to cover the topic. But sometimes I’m curious — how did you end up where you are?

Some, like the ubiquitous Dr. Anthony Fauci, never worked anywhere but government. He joined during the Johnson administration — Lyndon, not Andrew. The politically appointed tend to parachute in, often after a career outside of government. Many have hybrid careers, alternating between industry and government.

A common but sometimes overlooked mechanism is how career and appointed people can help out one another for success. I’m not talking about revolving-door conflicts of interest, but rather real exchanges of expertise for the purpose of doing an agency’s mission. Trust forms the basic ingredient for a productive relationship — earning and offering trust.

To the very highest levels, presidents appoint mainly political supporters. Such people range from pure hacks to those actually having expertise in the domains of the agencies or departments.

I imagine many career people are exploring the question of trust as the ranks of the “Plum Book” appointees populate their seats in the Biden administration.

This came to mind from two recent interviews.

David Gooder, the commissioner for trademarks at the U.S. Patent and Trademark Office, arrived last year after a 25-year career as a trademark attorney. Much of his experience took place in the distilled spirits industry, of which I am a faithful and long-term customer. I know you’re wondering: Jack Daniels and its parent Brown-Forman. His appointment wasn’t of the level that makes presidential press conferences, but rather from referrals within the trademark community that ended up favorably through presidential personnel.

Gooder’s arrival coincided with that of the pandemic, and you know what that meant. But the pandemic, in turn, spawned a herring-school sized swarm of trademark filings that Gooder and the agency had to deal with. They made some process improvements, and are adding examining attorneys. Gooder thus had to deal with two of the most vexing hairballs in government life — information technology and federal hiring. No appointee from outside can get any of that done without the career workforce.

I asked Gooder what the Trademark Office looks like from the inside, after having spent years dealing with it as a filer.

“When I got there, I realized how hard working a bunch it is,” Gooder said. “It’s an incredibly professional bunch. There’s people who say lawyers in the private sector work harder. That’s not what I saw.”

Plus, “you start to realize there are so many issues and so many pieces and cogs in the wheel, and all of them matter.”

Mary Gibert dealt with the career-political interface from the opposite direction. A long-time career employee, she coordinated the Trump-to-Biden transition on behalf of the General Services Administration. From last May to Inauguration Day, that was a full-time job, so she had to deputize her regular duties as assistant commissioner for GSA’s Office of Civil Rights. It requires a lot of choreography among the agencies, the current White House and the transition people from the incoming White House. There’s a big coordinating council, and Gibert was the only career person, as required by statute.

What does it take?

“I would say probably one of the most important skills is political savvy,” Gibert said. “And also the ability to establish relationships, trust, communicate — because everybody had to trust me in order for this to work and believe that I was an honest broker.”

Here, too, the establishment of trust required clearing the extra hurdle of pandemic separation. But Gibert, diplomatically, had praise for both the Biden people and for Chris Liddell, then President Trump’s deputy chief of staff.

Whereas Gooder came to work with career feds from the outside, Gibert arrived to work with politicals from the inside. Before GSA she worked at the Defense Department, Navy, and IRS — after seven years in the Army. At GSA she was Public Building Service commissioner for the National Capital Region.

Both struck me as committed to their work and jobs, regardless of the vector by which they got them. And they bring and give that most crucial element: Trust.

At 36,200 feet deep, the deepest part of the ocean is called the Challenger Deep , located beneath the western Pacific Ocean in the southern end of the Mariana Trench. It is named after the HMS Challenger, whose crew first sounded the depths of the trench in 1875. 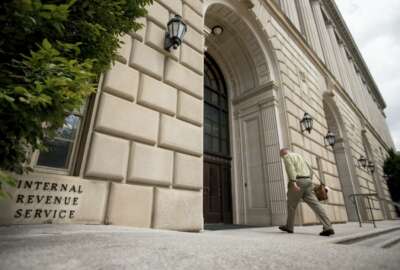 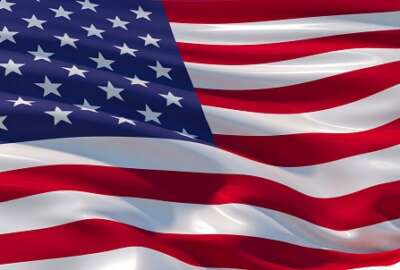 Working through the pandemic — how great was that!