It’s rare to get good news in the health care world, as the last 19 months have underscored for all of us.

But come Jan. 1, health care consumers, including federal employees and retirees, will see an end to a problem that isn’t necessarily a daily aggravation, but one that’s a real doozy when it does pop up.

In this case, the problem often happens when a patient goes to an in-network hospital but receives treatment from an out-of-network provider — and receives a hefty bill after the fact that he or she wasn’t expecting. Surprise bills are perhaps most common after emergency situations, maybe when anesthesiology is involved, said Walt Francis, a health policy analyst and author of the annual Consumer’s Checkbook for federal employees.

“Of course you want your life saved; you’re not going to start quizzing physicians about what their charges are,” he said.

Congress last year found a way to protect Americans from surprise bills. Yes, amid the political squabbling, Congress is still capable to identifying a problem, doing some homework and passing legislation intended to resolve or least alleviate problem.

In the case, the legislation was the No Surprise Act, which Congress included the 2021 omnibus spending package and former President Donald Trump signed into law late last December.

The Office of Personnel Management, along with the departments of Labor, Treasury and Health and Human Services, have been releasing a series of new regulations that implement the No Surprises Act over the course of the last few months.

The new rules go into effect Jan. 1, and apply to almost all public and private health insurance plans in the country, including the Federal Employees Health Benefits Program. Medicare and Medicaid are already subject to  similar rules, which are quite complicated and lengthy.

But moving forward, emergency services, regardless of where you receive them and who performs them, must be treated as if they’re in-network.

Insurance companies can no longer charge out-of-network prices for ancillary care (like an anesthesiologist) at an in-network hospital.

Patient co-pays or deductibles for both emergency and non-emergency services must be treated as if they were provided in-network. And patients must provide consent to receive out-of-network care  before a doctor can bill at that higher out-of-network rate.

Francis said there still be a few minor loopholes, but by and large it’s a big deal.

“This is a big reform,” he said. “The anesthesiologist who’s not in any plan network may still be able to charge more, but the plan itself becomes an intermediary and does protect the patient from a surprise bill.”

“It’s one of life’s aggravations that’s about to go away,” Francis added.

Surprise billing doesn’t happen to everyone, but it’s common enough. In announcing the regulatory changes earlier this year, the Biden administration estimated one in every six emergency room visits and inpatient hospital stays involve care from at least one out-of-network provider, prompting a surprise bill.

Francis said it’s why health plans with bigger networks, like a Blue Cross and Blue Shield, are so popular. Feds like the peace of mind of knowing that if, for example, an emergency does come up, they can visit the hospital and feel reasonably confident that a majority of the doctors there are within their network.

Now, feds should have some more peace of mind, regardless of their health plan, the next time the unexpected happens. Those plans are responsible for ensuring their patients don’t get billed more than the normal rate.

Francis suggests FEHB participants check with their doctors each year to ensure they’re planning to stay within their preferred network — and then do some research about what new benefits are coming to your current plan and the others.

The plans change every year, and nearly all insurance providers add new benefits or perks to compete with others and respond to OPM’s priorities for the FEHBP.

Open season starts next month on Nov. 8 and runs through Dec. 13. We’ll have more resources and  advice from Francis and my colleague Mike Causey in the coming weeks, so stay tuned. 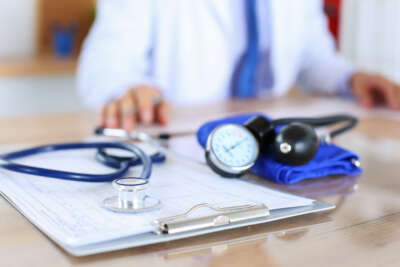 For federal employee health insurance, it’s never if, but how much? 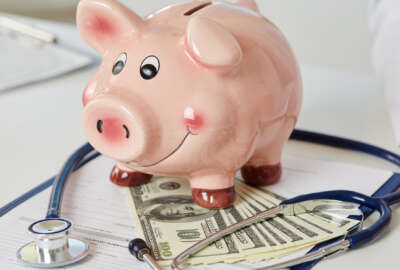 Health insurance: Shop from home or the office!