Did you get a raise yesterday?

As of yesterday, Jan. 30, the minimum wage for federal employees and federal contractors is officially $15/hour. So did you get a raise?

According to Office of Personnel Management Director Kiran Ahuja, 67,000 of you did. And that’s just the feds; around 300,000 federal contractors got one too. That’s a pretty big deal, considering California is the only state with a minimum wage that high (at least, for companies with 26 or more employees —...

As of yesterday, Jan. 30, the minimum wage for federal employees and federal contractors is officially $15/hour. So did you get a raise?

According to Office of Personnel Management Director Kiran Ahuja, 67,000 of you did. And that’s just the feds; around 300,000 federal contractors got one too. That’s a pretty big deal, considering California is the only state with a minimum wage that high (at least, for companies with 26 or more employees — the rate for small businesses in California is $14.00/hour). Of course, there are some cities that go even higher: New York City’s minimum wage is $15, and Washington, D.C. just went up to $15.50 this year.

But this minimum wage for feds and contractors will apply across the country, meaning a lot of peoples’ living standards are about to go up as well, especially in places with a lower cost of living.

Both Ahuja and Labor Secretary Marty Walsh, who discussed the contractor minimum wage raise back in November, pointed out that these aren’t the kinds of jobs that people could do from home during the pandemic, either. A Jan. 28 statement from President Joe Biden doubled down on that.

“These are the customer service representatives who answer the phones to ensure that Americans get the health care they deserve; wildland firefighters who protect our forests and communities; custodial workers who keep our military bases clean and safe; nursing assistants who care for our veterans; and laborers who build and repair federal facilities,” the statement said. “The workers that will disproportionately benefit from this pay increase are women, workers of color, and workers with disabilities.”

And that’s great for women, people of color and people with disabilities who are already in the federal workforce or contracting workforce. But there’s ground to be made up on the equity of recruitment and hiring, according to a Jan. 27 roundtable discussion on equitable hiring in the government, hosted by OPM and the Commerce Department.

Rep. Frederica Wilson (D-Fla.) pointed out that another Biden EO that focused on equity (there have been 18 so far, according to Deputy Commerce Secretary Don Graves ), signed in September, directed federal agencies to partner with historically Black colleges and universities (HBCUs) to develop recruitment partnerships. Graves said that the National Oceanic and Atmospheric Administration in the Commerce Department, to name just one example, had recently done just that, to the tune of $60 million in grants to HBCUs.

But Tonya Smith-Jackson, provost at North Carolina Agricultural and Technical State University and former program director at the National Science Foundation, said during the roundtable discussion that there are other best practices the government can be adopting. For example, she said that industry is doing a better job than the public sector co-designing actual programs that provide a pathway from education to employment. Co-designing tends to lead to better outcomes than other models of partnership.

“There are many reports that are targeting best practices for how you diversify your workforce in federal agencies, and even how you work with HBCUs, [Hispanic-Serving Institutions (HSI), Tribal Colleges and Universities (TCU),] etc. And so I just want people to read those reports,” Smith-Jackson said. “The work has already been done. A recent cybersecurity report for the Federal Aviation Administration, we outlined in that report best practices for working with HBCUs, HSIs, etc. if you want to encourage people to come into federal government.”

She also said it’s important for hiring managers to come to these institutions in person to raise awareness about the availability of these jobs, and they should be developing routines and relationships at these institutions.

“Those are key performance indicators that the federal government needs to start talking about when they are trying to make sure that they’re modernizing hiring offices, hiring managers and human resources,” she said.

D’Ante Barne, a recent graduate of North Carolina A&T, reinforced that statement, saying that it was the organizations who were consistent and intentional about their presence on campus that attracted the most attention. For example, he said IBM regularly held events on campus ranging from bowling nights to dinners to panel discussions.

“I had an opportunity to go out to see IBM, where they bust out, I think, 50 to 60 of us to come to their campus, spend a day out, do a few different types of workshops, meet people and see what the business is like. And so that was a relationship that really made me happy, to see people that look like me in the workforce,” he said. “I’m currently now at Sandia National Labs, and there’s a huge presence of A&T people here … And they also are on campus and they have a pipeline set up with one of the professors there. They do different types of technical workshops … so seeing those types of things, and being able to be a part of those things, definitely influences your decision towards going into the federal workforce.”

We’ll see in March what agencies plan to do to make up some of this ground; that’s when the executive order calls for strategic plans around diversity, equity, inclusion and accessibility to be submitted. Ahuja said, in the meantime, OPM is working to create metrics and ways to track them to measure progress once these strategic plans get put into action.

But she also mentioned the potential stumbling block of budgets, saying that recruitment, partnerships and internships are some of the first things to get cut. She called for both Congress and the community to hold agencies accountable when it comes time to put money toward these DEIA efforts.

Wilson, for one, seemed amenable to that idea.

“Buzzwords always occur,” Wilson said. “And they find themselves in the conversations and barbershops and beauty salons and in Congress, and in all of our agencies, and of course, in our workforce. And we just happen to be living in a time where those buzzwords are diversity, equity, inclusion, and accessibility. And those are buzzwords that are long overdue. And hopefully, within the agencies and our federal government, and all over the United States, these will become … not just buzzwords, but permanent action items.”

There is about one gram of gold for every 100 million metric tons of ocean water in the Atlantic and north Pacific. 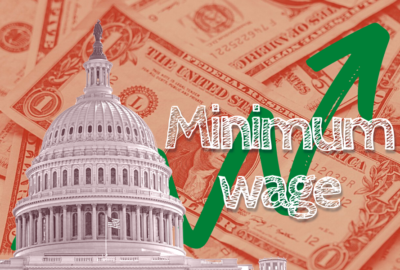 Living our values by ensuring a livable wage 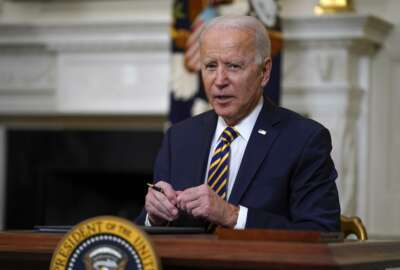 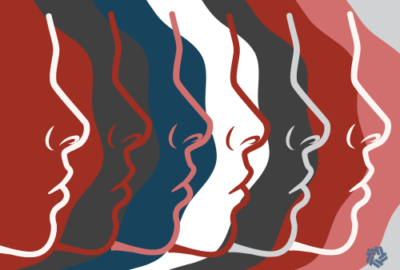