Working from home, do you actually dress after your shower?

The issues of vaccines, mandates, masks and returning to work keep going ’round and ’round, like the flared-nostril ponies on a carousel. From school boards to airliner aisles, the nation seems sort of crabby.

Yet, to judge from the “pulse” survey the President’s Management Council just collected, federal employees aren’t overly exercised about their work and work life. The challenge for the powers-that-be, like Pam Coleman, the White House point person on performance and personnel,...

The issues of vaccines, mandates, masks and returning to work keep going ’round and ’round, like the flared-nostril ponies on a carousel. From school boards to airliner aisles, the nation seems sort of crabby.

Yet, to judge from the “pulse” survey the President’s Management Council just collected, federal employees aren’t overly exercised about their work and work life. The challenge for the powers-that-be, like Pam Coleman, the White House point person on performance and personnel, is to find insight from scores that hovered around the neutral mark. On its surface, this survey doesn’t appear to reveal anything astonishing.

The survey posed a series of 10 statements, and you had to say whether you agree or disagree on a 1-to-5 scale. Basically, the average answers came back, “I guess so.”

For instance, the strongest answer came for the statement, “I trust my supervisor will help me navigate the re-entry transition.” That garnered an average of 4, or “somewhat agree.” EPA had the best score, 4.3; Veterans Affairs the worst, 3.7 — still comfortably above neutral. Learning anything from scores like that will require looking at the distribution of answers across the scale, then finding out why the people who disagreed felt that way.

I thought a lot about the first statement, “I feel exhausted in the morning at the thought of another day at work.”

If sleepy-eyed feds long to yank out the cord on the clock radio, roll over and bag it, you can’t tell from how they responded to that statement. The average answer was 3 — neutral. The highest level of agreement came from the Social Security Administration, but people there answered with a 3.3 — they slightly agree. The lowest level of agreement came from the National Science Foundation (NSF), departments of Transportation, Commerce and Housing and Urban Development, and the General Services Administration, which all averaged a 2.7.

Everyone feels that way occasionally. A calendar loaded with meetings will do it. Or an impending visit from the inspector general. But an “agree” answer doesn’t necessarily mean you hate your work.

That neutral answer is all the more remarkable considering the gigantic workloads some agencies have had as a result of the pandemic. More precisely, as a result of the programs the government launched and the Congress funded because of the pandemic. Case in point: I interviewed Diana Espinosa, a Presidential Rank Award winner and senior executive at the Health Resources and Services Administration (HRSA). She led the task force to distribute $178 billion in support of health care people and the places they work.

I asked if that required long hours early on. Espinosa answered, “Of course it did. It was like, I don’t know, eight in the morning to nine at night conference calls. But I guess, in some ways, people couldn’t do anything else but work, right? So incredibly demanding, exhausting.” But she didn’t say it bitterly. I took it that she found it exhilarating, perhaps knowing it wouldn’t go on indefinitely.

I’d say so. Can’t you just picture it?

Another pulse survey statement posed this idea: “I have the support I need to do my job well.” Here, you could argue, there’s something about which leadership needs to do more digging. The average answer was 3.7, just below “somewhat agree.” The NSF and the Small Business Administration did best, hitting that “somewhat agree” with 4.1s. Homeland Security did the worst, at 3.4, close to neutral. It’s hardly a resounding yes.

In general, though, the survey results show the problem of averages on a 5-point scale. One survey expert told me years ago, use a four point scale. That way people have to pick good or bad, they can’t cop out with a 3 out of 5.

If the average at an agency is “meh” or “somewhat agree,” it’s hard to tell whether all the answers clustered around the middle of the scatter diagram, or whether they bunched around the extremes. If everyone is indifferent, that’s one problem. If everyone either loves or hates, that’s another. Averages can mask reality.

And that’s what happened with the pulse survey. You know the fable about averages: If one foot is encased in dry ice, and the other immersed in boiling oil, on average you feel just fine. This is what the well meaning White House and Office of Personnel Management people have to figure out.

Meantime, I keep coming back to the towel-clad HRSA employee. I’m guessing she had no video meetings that day, or taped over the camera. Now if you’re on a Zoom meeting and someone remains a little black rectangle, you’ll know why.

Russian President Vladimir Putin tends to keep his right hand more rigid while he walks, though his left hand swings freely. A group of neurologists and movement disorder specialists believes it’s likely a result of KGB firearms training, in order to facilitate a quicker draw. 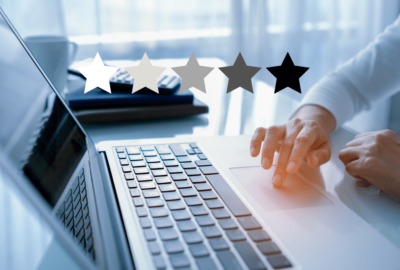 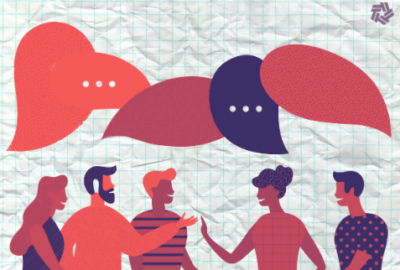 2020 FEVS: What we learned about the federal workforce during COVID-19 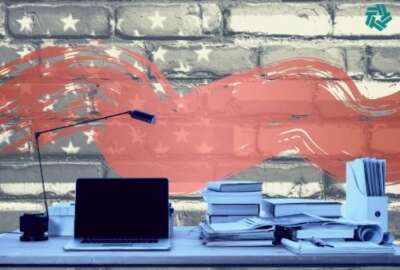