Republicans having been trying to coerce agencies to bring employees back to the office for the better part of the last year.

Republicans having been trying to coerce agencies to bring employees back to the office for the better part of the last year.

Each of the previous bills, like Rep. Dan Crenshaw’s (R-Texas) and Sen. Roger Marshall’s (R-Kan.) bills from August that would have required agencies to return to the telework policies of Feb. 14, 2020, or the most recent one from Rep. Andy Biggs (R-Ariz.) that would require agencies to reinstate their telework policies used before the COVID-19 pandemic as of Dec. 19, 2019, never moved from the starting line.

But a new bill from a bi-partisan group of Senators introduced on Feb. 17 adds a new wrinkle to this typically partisan debate.

“Businesses have now reopened, children and teachers have returned to in-person learning, and health care and public safety workers continue to show up for work. Yet I continue to hear from constituents about a lack of responsiveness from federal agencies,” Wicker said in a statement. “It is now far past time to bring back our federal workers and deliver the service that the American people have been promised and expect of their government.”

The other lawmakers offered similar comments about the need for federal employees to return in person to the office and pointed to delays and backlogs as the rationale.

Backlogs continue to be a problem

Part of the reason behind the rising frustration, and now bi-partisan support, are the backlogs across the IRS, the Department of Veterans Affairs, the Social Security Administration and other agencies whose missions are significantly citizen-facing.

The lawmakers highlighted VA’s case backlog, which rose sharply to 204,000 cases in October 2021 because of a pause of in-person Compensation and Pension examinations in 2020. The IRS too has warned about delays in the processing of their 2021 tax returns because the agency reportedly has 6 million unprocessed individual 2020 tax returns and 2.3 million unprocessed amended tax returns as of Jan. 1.

And at the State Department, the time to receive a new passport rose to 12-18 weeks.

Of all the bills introduced by lawmakers seeking to mandate employees return to the office, this one seems the most balanced.

Among the provisions in the bill, agencies would have to publish their plan to resume in person operations within 30 days of the bill becoming law. It doesn’t try to push back the option of telework or remote work to pre-pandemic levels, which several other Republican lawmakers, for some reason that is not clear to most people, thought was a good idea.

The bill also wants agencies to develop performance metrics to identify employees who are not doing well.

And finally, the bill would require agencies to report the utilization of physical work spaces and recommend the termination of leases for underused spaces to the General Services Administration within 60 days of becoming law.

In some ways, this bill is probably moot, given the rising number of agencies detailing plans to bring employees back to the office.

But it’s still a significant indicator of congressional thinking given Democrats support the bill.

Unions push back against bill

No surprise unions representing federal employees are not excited about the legislation.

The American Federation of Government Employees called the bill an “assault” on employee union rights for a provision in the bill that calls on the agency to modify labor agreements after negotiations with the unions.

“It would effectively end the limited collective bargaining rights that benefit both federal government agencies and workers,” said Everett Kelley, the national president of AFGE, in a statement. “If Congress will dispense with federal workers’ union rights whenever legislators disagree with a particular aspect of a union contract, then Congress is telling American workers they should have no rights and their legal contracts are null and void.”

The National Federation of Federal Employees piled on with the criticism, saying the bill seeks to “bypass current collective bargaining agreements and interfere with ongoing negotiations.”

NFFE says the new plans would address topics that already are included in existing agreements such as performance measurement, telework eligibility and pandemic protocols. But if an agency submits a plan that conflicts with existing bargaining agreements, the legislation requires agencies to amend contracts to comply with the new plan.

Randy Erwin, NFFE national president, said in a statement that, “This bill undermines the White House’s efforts over the last year to create an empowered and safer federal workforce. Most agencies have already completed the work the RETURN Act calls for. The implication that agencies don’t have re-entry plans, or that offsite work stands in the way of mission delivery of essential services, couldn’t be further from the truth.”

Whether or not this bill would be “an assault” on employee rights or seeks to “bypass current collective bargaining agreements” is not really getting to the heart of the matter.

The IRS, the State Department and many other agencies remain short staffed.

According to the latest data from the Office of Personnel Management’s FedScope database, the IRS has seen an increase of 8,000 employees since 2017, but it still has 33,000 fewer employees than it had in 2011.

The IRS, for example, has struggled to process its most complex tax cases with 35% fewer revenue agents who handle this type of work, compared to 10 years ago.

FedScope says VA has added about 46,000 employees since 2017, but the agency says most of the additional staffing capacity needed at VA in the past five years has been in clinical occupations, which accounted for 64% of VA employees. These are not the people processing claims or addressing backlogs.

SSA, meanwhile, is down 2,500 employees since 2017 and is facing the proverbial retirement tsunami as about 27% of its workforce is eligible to retire in 2022. State has increased its employee head count by 53 people over the last four years, according to FedScope, but has seen the number of passport applications continue to rise, particularly in the last year, while the fees it collects to pay for new staff haven’t caught up to the demand.

The Biden administration set out a goal to reinvigorate the federal workforce, making it part of the President’s Management Agenda and increasing the funding of many civilian agencies to hire more employees.

In its recent budget passback guidance sent to agencies earlier this month, many of the priorities focused on the workforce, including bringing in more interns, spending money to ensure their human resources and hiring managers have the necessary tools and capabilities to bring on the talent necessary to meet all of these goals and building “dedicated employees to build on their talent teams from fiscal 2022, tools to improve hiring assessment processes and funds to staff up critical staffing gaps in human resources.”

The problem is all of these efforts to increase the size of the workforce will take time to produce results.

Address the root cause

Forcing employees back to the office may help around the edges, but Congress should focus more on addressing the root cause of the backlogs and delays: an overworked, undervalued workforce that has faced cuts and attacks from ill-informed lawmakers over the past 20 years.

To be fair, VA, IRS, SSA and others should take responsibility for these issues too. They can take more advantage of technology like robotics process automation, address systemic business process challenges and speed up their internal hiring processes.

Lawmakers should understand that increasing the number of employees is not about waste or abuse, but about serving their constituents. Agencies shouldn’t blame their all their problems on Congressional funding challenges and should make an aggressive push to use technology and change business processes to serve citizens in new and better ways.

That, more than working in-person in a specific office, will address the concerns of the lawmakers, and more importantly, improve citizen services, which in the end is the goal of nearly every agency.

NASA employs professional “sniffers” who smell everything that goes to the International Space Station to ensure nothing has an odor so offensive it may distract or nauseate astronauts. 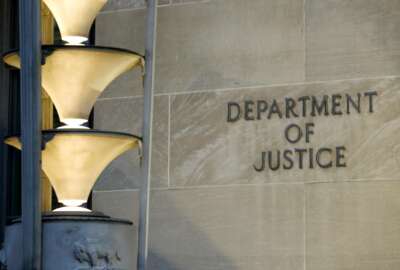