Retire at the ‘right age’ and write your own ticket!

If, like me, one of your parents or relatives was a lifelong fed, picking the best time to retire (year, month, date) was relatively easy. A no-brainer really. The longer they worked and more they made under the old Civil Service Retirement System, the more they got in retirement. Their starting annuity was indexed for inflation. For life. Unlike most private sector pension plans, feds kicked in a substantial portion of their salary to their...

If, like me, one of your parents or relatives was a lifelong fed, picking the best time to retire (year, month, date) was relatively easy. A no-brainer really. The longer they worked and more they made under the old Civil Service Retirement System, the more they got in retirement. Their starting annuity was indexed for inflation. For life. Unlike most private sector pension plans, feds kicked in a substantial portion of their salary to their retirement. But for most it was more than worth it. But that was then, this is now. CSRS ended in the 1980s, replaced by the more complex Federal Employee Retirement System. Arguably better in some cases. But you’ve got to work with it.

Most feds under the old CSRS program are already retired. About 99% of the current workforce is under the FERS retirement plan, which has many moving parts, many options and puts you largely in the drivers seat. FERS retirees get a government contribution to their TSP account of up to 5%. That’s huge over a lifetime of investing. Because of its combined federal annuity, Social Security and the TSP, the “new” system has lots of moving parts. Workers who look ahead and plan ahead can make major improvements now that will benefit them once they are retired. In most cases there are a number of “best dates” each year to retire. Even more important is picking the actual year itself. What’s best for you may not work for a colleague with the same service time and salary level. So how do you find that magic moment? We’ve asked benefits expert Tammy Flanagan to spell it out. She’ll be my guest today at 10 a.m. EDT on our Your Turn radio show, here on federalnewsnetwork.com or 1500 AM in the D.C. area.

Meantime, here’s an outline of today’s show which, hopefully, will help you pick the magic age to put in your papers:

Whether you’re a lifer with Uncle Sam, or your current job is just training for a better gig in the private sector, odds are one of these days you will retire. Hopefully still young enough to enjoy life but with an income that will increase your odds. Getting it right, and getting the best deal is easier for career feds and postal workers if they understand their retirement options and maximize them.

It seems that whatever the job — federal park ranger, postal supervisor, IRS auditor, selling shoes at the local mall or running your own company — many people come up with a magic age when they can, and should, retire. For some it may be the earliest possible moment. Especially if the job is super stressful or the boss is horrible. Others seek out the so-called Goldilocks moment: The sweet spot age which would give them plenty of time — maybe decades — to enjoy retirement without fear that their income would run low. Or out.

Many private sector workers wonder, and some really question, not when they can retire but if they can ever retire? More than 60 million work for companies that do not provide any form of company-pension benefits. Their fears are not unfounded. Yet many still have a magic date — the perfect age — when they think they can retire. If they can.

MSNBC recently reported on a study by Natixis Investment Managers of what private sector workers think is the best age for them to retire. Even here there is a generation gap. For Generation Y (ages 25 to 40), most planned to retire at 59. That jumped up to an age 60 for Gen X (ages 41 to 55) folks and then jumped to a more conservative age 68 pull date for Baby Boomers ages 57-75.

Studies have shown that many younger private sector employees either don’t believe Social Security will be there for them, or that it will be watered-down to provide little more than pocket change. Many have company-backed 401k plans, but few have a traditional employer-sponsored retirement plan. Getting it right, picking the best age and time, is critical for federal or postal workers because of their diverse benefit package, which is time sensitive. Generally speaking, the longer they work, the more they will get. But for many that is not the only consideration. For the majority of working feds, the Federal Employees Retirement System is the driving force. It coordinates with the Thrift Savings Plan and Social Security legs of the system. And while it provides inflation protection for retirees, the diet-COLA component limits those annual adjustments in times of high inflation. Over time that could cut into the monthly benefits buying power. But there is another thing to consider. The dull-sounding but super-important MRA +10 component. It translates from governmentese to Minimum Retirement Age plus 10 years. And understanding it can boost your annuity. A lot. And nobody knows how to weave all these things together better than Tammy Flanagan. So listen and learn. And good luck!

The human nose can detect 1 trillion odors. The previous best estimate was a mere 10,000 odors. 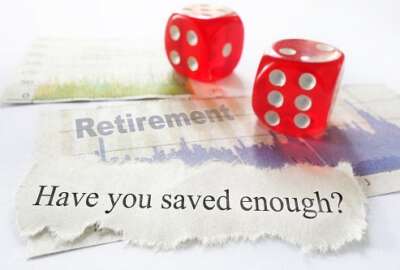 The ‘Phantom’ COLA and other retirement mysteries 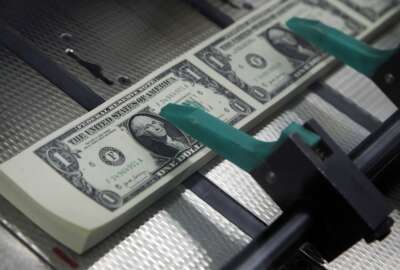