Out of the ugliness of online harassment, a few beautiful things popped up

The first sentence of my investigative piece on cyberharassment of women in the military used a certain naughty word for a male appendage — it rhymes with tick. When the article published late last month, I expected to have a lot of … ehem, “ticks” show up in my inbox with nasty messages.

I ended up being pleasantly surprised.

Instead of being inundated with the very harassment the article is trying to expose, I was...

The first sentence of my investigative piece on cyberharassment of women in the military used a certain naughty word for a male appendage — it rhymes with tick. When the article published late last month, I expected to have a lot of … ehem, “ticks” show up in my inbox with nasty messages.

I ended up being pleasantly surprised.

Instead of being inundated with the very harassment the article is trying to expose, I was greeted with a community of people who genuinely care for women in the military and were horrified to see the abuse they endure online for simply serving their country.

In case you missed the article, or gave up after seeing the monstrous 6,000 word length of the thing, the upshot is that women serving in the military are targets of sexual harassment, bullying, hazing, doxxing and other abuses online. Their fellow service members perpetrate much of this behavior. The Defense Department isn’t keeping track of how often this is happening, and is rarely prosecuting its employees for harming their sisters-in-arms.

The result is detrimental to women’s mental health and their retention. It also hinders the military’s need for diverse ideas and people to fill its ranks.

The responses I got from the article were women sharing their stories, people hoping to solve the problem, general outrage and, of course, one or two trolls.

One female veteran emailed me about her time in the Air Force.

“The misogyny and hatred that I experienced during my brief period of service was traumatic,” she wrote. “When I left the military I was psychologically damaged and felt on edge at all times. I felt like I had seen the darkness that lived in the hearts of every man.”

What she went through is unfortunately all too common for women service members.

While the article gave some people a platform to share their story, it also got some people thinking.

Commenters expressed shock and anger that fellow service members were cannibalizing their own on the internet. They called the behavior toxic and heartbreaking.

Other airmen did something really beautiful too. They offered their support to people being harassed.

“I believe, if you asked my team, they would relay that our family has no place for toxicity and if it exists anywhere, it’s stamped out quickly,” one airman leader wrote. “Should any of my airmen read this and disagree, my DMs are wide open. The standard you walk past is the standard you accept. It’s not just Commanders with this responsibility either. Supervisors at all levels can provide direct counseling and mentoring to their Airmen. If they see the beginnings of anything, step up and stop it. This is OUR Air Force and we must take ownership to make it the place we want it to be.”

Bass is no stranger to harassment. Just last year, she told Task & Purpose she was the target of “insulting, disrespectful comments,” that were “unwarranted, inappropriate, and could even pose a national security risk.”

However, a lot of commenters smelled hypocrisy in the water from the Air Force too.

Around the time my article was published, Air Force Maj. Gen. William Cooley was on trial for forcibly kissing his sister-in-law while she was in the car with him.

He became the first Air Force general ever convicted in a court-martial. He was found guilty of abusive sexual contact. The punishment was five months docked pay and a letter of reprimand. He faced a max sentence of seven years in prison and a loss of pay and benefits.

“Lmao. A two-star general just got court martialed of a sexual assault charge and his punishment was a lousy fine and a reprimand,” one commenter wrote. “The double standard is amazing.”

Another said, “Perhaps this will answer some questions about the climate our leaders are creating. He gets to buy his way out of jail. Sexual assault conviction with a maximum jail time of seven years and he gets to pay money instead. Do better.”

My article wasn’t all about sexual harassment, though that is a large part of the abuse women service members face online.

One commenter we still haven’t heard from is the Pentagon itself. I spent years trying to get DoD and the services to talk to me about online harassment.

The military would not talk about online harassment in general or specific cases with me.

Probably the most common comment I got from people who read my article was this:

Deborah Sampson was the only woman to earn a full military pension for participation in the Revolutionary army. In 1782, Sampson and two sergeants led about 30 infantrymen on an expedition that ended with a confrontation with Tories. She led a raid on a Tory home that resulted in the capture of 15 men. At the siege of Yorktown she dug trenches, helped storm a British redoubt, and endured canon fire. She was struck in the head with a sword, and after being shot in the thigh, removed the pistol ball herself. 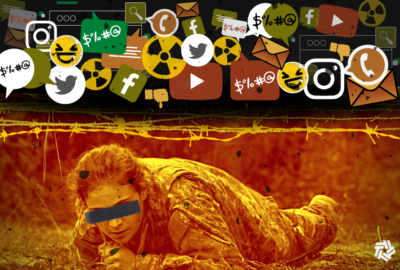 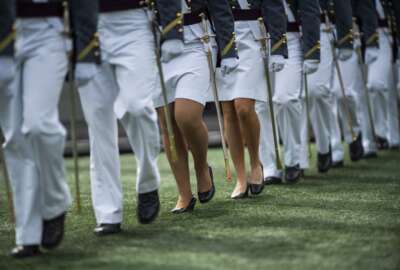