Can we take a moment to appreciate our free country?

My rose-tinted 4th of July memories date from my boyhood in a Massachusetts town called Needham. We enjoyed what you might call an old-fashioned holiday. The town hosted a big, impressive parade. Cookouts with neighbors. And a fireworks show that evening that drew people from surrounding towns.

How great to live in a free country. At the time, former Health and Human Services Secretary Margaret Heckler was our representative in Congress. One year, as she...

My rose-tinted 4th of July memories date from my boyhood in a Massachusetts town called Needham. We enjoyed what you might call an old-fashioned holiday. The town hosted a big, impressive parade. Cookouts with neighbors. And a fireworks show that evening that drew people from surrounding towns.

How great to live in a free country. At the time, former Health and Human Services Secretary Margaret Heckler was our representative in Congress. One year, as she passed by in the parade, my father called out, “Cut off funds for the Vietnam War!” She shouted back something to the effect that she had voted for a resolution to do that. I don’t remember the precise words, but I do recall the exchange. No one swore, no one threw anything.

No one went to jail, either. I thought of this in the context of Chinese President Xi Jinping’s visit to Hong Kong, on the 25th anniversary of its transfer to China. How tough it must be to see a leader parade through, who has just imposed stifling laws, crushed dissent, jailed opponents, halted unfriendly press and will no doubt impose the all-encompassing surveillance with its command and control system for individuals already in place on the mainland. What would happen to someone who shouts a challenge to Xi, do you suppose?

Our national discourse seems as bad as ever right now. Yet in the late 1960s and early 1970s, when I went to the local parades, it was pretty tough too. It’s easy to forget the divisiveness of Vietnam and its expansion via the bombing of Cambodia, the original Roe v. Wade decision by the Supreme Court, the campus “unrest” as it was called, the shocking bankruptcy of New York City and a host of other things. It all seemed to culminate in the Watergate affair. Oh my, the vitriol of that roughly 1966-1976 decade!

After Vietnam, though, the military, which had lost much esteem in the public mind, retained enough institutional resilience, and could muster enough political backing, to eventually recover. Now it enjoys a high regard, even if the policies for which it is used are not popular. An important distinction.

Watergate, while exposing the, let’s say, enthusiasm for reelection on the part of some elected, appointed and hired officials, nevertheless ultimately provoked an institutional coming together. For what it’s worth, since the Nixon/Ford administration, Republicans have held the White House for 24 years, Democrats, at the conclusion of President Biden’s current term, 24.

At the moment, the nation’s ears are gripped by the hearings connected to the  Capitol event, variously described as a riot, an insurrection, a break-in and a coup attempt, at the end of the Trump administration. That was not a good day, least of all for the former president. And yet: One theme is how strongly our institutions held. The Electoral College voted. Congress and the then-vice president accomplished their electoral missions, in spite of the dangerous circumstances. What if the nincompoops storming the Capitol had actually gotten their hands on the vote materiel? It’s hard to imagine anything other than that the regular transition of power would nevertheless have occurred. Many of the rioters are in prison.

Federal career employees have taken an oath to the Constitution. With few exceptions, they take it seriously. At least, that’s been my experience in 30 years of covering that workforce and the activities in which it engages.

Government is inherently imperfect because people are imperfect. Still, on the 4th of July, name a country where you’d rather live and claim citizenship. I can’t.

Don’t text while reading this

Fifteen years ago this week, Apple introduced the iPhone. Like the Model T a century earlier, it changed the world. Neither the first smart phone nor the first pocket-sized computer, it nevertheless became a world-changing product in ways the others did not.

The social implications of mobile computing have been thoroughly documented. Many people seemingly can’t live for two seconds without checking their devices.

In the federal environment, the iPhone significantly drove many of the changes it drove in the private sector. Namely, greater demand for mobile-native services, a still-evolving notion of customer experience, and a new idea for how and where employees can work

An irony of the iPhone era is that as a telephone, the iPhone falls short, to be honest. Whether the phone’s own internal electronics, or the limitations of the big wireless networks, but sound remains noisy and scratchy, calls still subject to going kaput. On the other hand, how much business does the average knowledge worker do on the phone any more?

The world’s largest 3D printer is in Maine on the campus of the University of Maine. 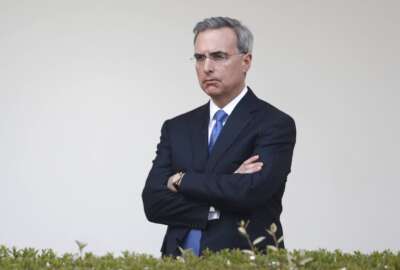 AP PHOTOS: The iPhone at 15, through pro photographers’ eyes