A week of disgrace … but also grace

Two figures in government made big news this past week. One noteworthy, one notorious. One corrupted a major instrument of American power. The other had a literally unique-in-the-world view of American foreign policy for an unprecedented length of time.

In one of the most astonishing developments, we find that Fat Leonard is also Agile Leonard. Or Houdini Leonard, after his escape from federal house arrest Monday.

You remember Fat Leonard. His real name is Leonard...

Two figures in government made big news this past week. One noteworthy, one notorious. One corrupted a major instrument of American power. The other had a literally unique-in-the-world view of American foreign policy for an unprecedented length of time.

In one of the most astonishing developments, we find that Fat Leonard is also Agile Leonard. Or Houdini Leonard, after his escape from federal house arrest Monday.

You remember Fat Leonard. His real name is Leonard Glenn Francis. He operated a ship husbanding contractor out of Malaysia that behaved almost as a cancer to the U.S. Navy’s 7th Fleet. For years, he bribed Navy officials, up to the flag officer level, for inside information on warship traffic that gave him an advantage in securing contracts. He also overcharged the Navy to the tune of tens of millions of dollars.

Leonard pleaded guilty back in 2015. Some 30 contractors and Navy officials have been convicted in the case. The lurid tale, involving luxury travel, Michelin star meals, jewelry and prostitutes as bribes to the Navy, has inspired countless investigations, reports, books — even its own podcast.

Leonard, who acquired the “Fat” designation because of his girth, had poor health, which resulted in his being committed to house arrest in San Diego. He was supposed to receive his final sentence in two weeks. The New York Times reported, his five bedroom, 7-bath arrest house was in a gated community. When he slipped away, no guard was present, although there was supposed to be under the court order. Neighbors, according to published reports, had seen U-Haul vehicles going to and from the place for days.

Now, I’m no conspiracy theorist unless I think there’s a conspiracy. But how did this guy get away so easily? Highly fishy.

Now to someone who exemplified public service and duty.

With the passing of the extraordinary Queen Elizabeth II, just two days after receiving her 15th prime minister, I was thinking of the differences between the British and U.S. governmental systems.

U.S. presidents, along with other elected and appointed officeholders, federal employees, and members of the armed services, swear an oath of allegiance not to a monarch, but rather to the Constitution. British officials, from the prime minister on down, swear an oath of “…allegiance to Her Majesty Queen Elizabeth II, her heirs and successors, according to law…”

There’s some irony in this, given that the monarchy in England has been a constitutional artifact since nearly a century before the U.S. was even a nation.

About those 15 prime ministers. Thanks to the occasional leak and the books that always follow careers at that level, we know something of Elizabeth’s relations with her PMs, but only from their points of view. What we don’t know is what the queen thought about them or about the turbulent post-war history of that nation.

Talk about a unique point of view.

Elizabeth’s great-great-grandmother, the redoubtable Queen Victoria, kept thousands of pages of diaries, the contents of which (if not the original copies) were mostly preserved. I’m hoping something like this will emerge from the queen’s estate, that would be an actual fresh take on history.

For that matter, Elizabeth has met, at least briefly, with every president since Harry Truman, with the exception of Lyndon Johnson. To my knowledge, that’s not true for anyone else in the world.

Accounts of multiple White House occupants come from two sources. Either retired, long-term politicians seeking to burnish their reputations. Or longtime employees of the White House itself — ushers, butlers, cooks. But America, of course, has no analog to the British monarch. Here again, the queen’s take on our own presidents and by extension our nation would be unique in many respects.

Elizabeth wasn’t what you’d call voluble. But perhaps this reticent but historic woman, who exemplified rectitude, stability and service, will have left a matchless view of national governments, including our own. 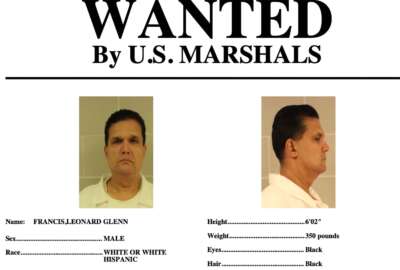