The Department of the Navy has decided to move ahead with the creation of a powerful new assistant secretary position to oversee IT and cyber issues across the Navy and Marine Corps.

The step would create something of a supercharged chief information officer, and would make the Navy the first of the military departments to place a dedicated information technology position at such a senior level within its leadership ranks.

But officials believe the move accurately reflects the primacy of information management in modern warfighting.

“It’s probably as big as the three other key assets we manage as a department, those being people, property, and money,” Thomas Modly, the undersecretary of the Navy told attendees at the department’s annual West Coast IT conference in San Diego on Wednesday. “And information, in its various forms, has also become critical and essential to all those three asset areas.”

Navy Secretary Richard Spencer first publicly floated the idea of a Senate-confirmed assistant secretary for information management last month, but he has now decided to move forward with the plan, Modly said.

The change will require some tradeoffs, since Congress has only allowed for four assistant secretaries in the Navy Department’s organizational chart.

In order to stand up the new information management position, officials have decided to eliminate the one assistant secretary that’s not specifically mandated by law: Assistant Secretary of the Navy for Energy, Installations and Environment. Installations and energy responsibilities will then move under the umbrella of the Assistant Secretary of the Navy for Research, Development and Acquisition. 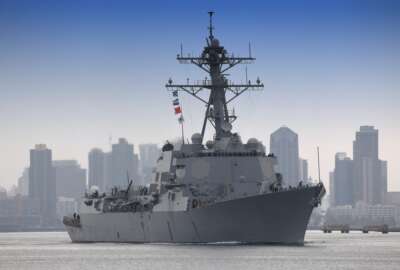 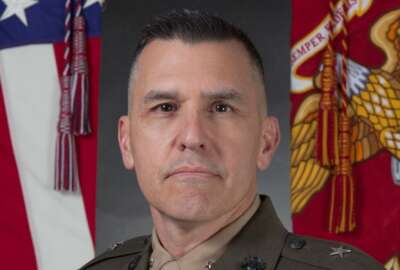 Technically, the Navy could make all of the changes under its own authority, and immediately. But Modly said the Navy wants to consult with Congress before formally implementing them. And because of that, the precise timeline is still uncertain.

But the Navy wants to move quickly, and once it does, it will be the second significant IT management overhaul during the current civilian leadership’s tenure.

Last March, Modly eliminated the separate position of Department of the Navy Chief Information Officer and named himself the DON CIO, while also delegating many of the office’s responsibilities to the Navy and Marine Corps own CIOs.

Speaking to reporters Wednesday, he said he had made the move because he believed there were too many redundant oversight and management functions between the department-level CIO office and the CIO organizations in the military services.

He said the smaller staff that now comprises the DON CIO’s office will transition to the new assistant secretary position. The new politically-appointed official will serve as the DON CIO for all of the purposes federal law assigns to CIOs, but will have many more responsibilities than a traditional CIO.

The budget authority aspect is rare within the federal government at-large: the Department of Veterans Affairs is one of the few other agencies which has vested its CIO authorities in a dedicated assistant secretary position that can influence funding levels.

Modly said the Navy changes are, in part, meant to be in keeping with the new powers Congress granted the DoD CIO, Dana Deasy, at the beginning of this year.

Going forward, that position will also be Senate-confirmed, and will have the responsibility to set department-wide standards and examine each of the military services’ budget requests to ensure they’re adequate to meet their IT and cyber responsibilities.

“The DoD CIO has recognized that this should be a priority for us, and he’s very, very supportive of it,” Modly said. “I think we’re going to blaze the trail with it, because I’m not sure the other services agree at this point. But they are sort of opening their eyes and asking a lot of questions about why we’re doing this.”

Modly emphasized the specific job description of the new assistant secretary remains a work in progress. But apart from the additional authority over funding decisions, the existing relationships between the Navy Department’s acquisition and CIO communities are unlikely to change.

The nuts-and-bolts of IT procurement will continue to fall within the purview of the assistant secretary for research, development and acquisition and the Navy and Marine Corps’ various program executive officers. To the extent the changes do impact the acquisition process, the new assistant secretary will play more of a policy and strategy-setting role.

“I’m not trying to create bureaucracy here. We’re just trying to be able to get the highest level of attention to the problem to help break through some of those issues,” Modly said. “For example, when you get into the process of implementing a business system, when you’re having requirements confusion, if you can elevate those to an assistant secretary level, two ASNs can talk and resolve the problem. I think it’s better.”