As Army pushes toward 1 gigawatt renewable energy goal, emphasis is on resiliency

Over the past five years, the Army has been busily building renewable power facilities on its bases in pursuit of an overall goal of 1 gigawatt of renewable energy by 2025. It’s nearly a third of the way there, with 300 megawatts worth of renewable energy already online and more in the contracting pipeline.

But the Army is increasingly placing an emphasis on using that energy to make its bases entirely self-sufficient from the public...

Over the past five years, the Army has been busily building renewable power facilities on its bases in pursuit of an overall goal of 1 gigawatt of renewable energy by 2025. It’s nearly a third of the way there, with 300 megawatts worth of renewable energy already online and more in the contracting pipeline.

The steps include updating contracts so the Army has first dibs on the energy produced on its installations if it needs it, and incorporating new advances in battery technology so that those bases can use that energy — primarily wind and solar — even when the sun’s not shining and the wind isn’t blowing.

“The issue we’re concerned about is as current as today’s news. There’s an increased awareness of the fragility of the grid and the cyber vulnerability of that grid, sometimes to determined attackers. At the same time, there’s been an increased frequency and severity of extreme weather events that impact the grid,” Michael McGhee, the executive director of the Army Office of Energy Initiatives said in an interview for Federal News Radio’s On DoD. “We’re trying to make sure we have reliable and resilient power delivery systems to our bases, and we’re teaming with industry partners and private investors who want to do additional generation on Army land that can also be used to power the grid.”

The Army’s overall approach to its relationships with industry has not changed. It still has no interest in owning or operating the solar panels and windmill farms that sit on government land — all of which have been paid for through third-party financing arrangements such as enhanced use leases and energy savings performance contracts.

Up to this point, those deals have been attractive to developers because the Army has an abundance of unused land that happens to be in sunny and windy places. The energy generated from them has been transmitted directly into the electric grid that serves both the base and the utility that serves the general population.

But going forward, its contracts with industry will increasingly demand the capability to make its bases “islandable,” an option for the Army to take over all of the generation capacity of a given facility on a given base if worse comes to worst. And since the industry’s interest in renewable power has been overwhelmingly in the areas of wind and solar, the service’s future renewable energy projects will need the capability to interconnect with batteries that can store that energy when it’s not being generated.

“Financially, battery storage is coming into its own,” McGhee said. “It’s right here, right now, so we’re trying to build that in upfront, and at the same time, we’re going back to our previous projects to add in that capability.”

The Army issued a request for information to industry earlier this year, asking questions about the current state of the art in battery storage technology, including how large a commitment the Army would need to make to energy storage in order to make a venture on an individual base worthwhile for a private party.

But in other cases, the Army is finding ways to rely on renewable energy without having to worry about intermittent generation sources like solar or wind.

One of the largest projects under construction is on the Hawaiian island of Oahu, where available land is scarce but the military’s energy needs are high. So at Schofield Barracks, the Army partnered with Hawaiian Electric Industries to build a biomass plant.

For the local utility, it has the advantage of being one of only a few power plants on the island that’s beyond the reach of tsunamis, and in normal times, it will serve to meet the electric needs of the metropolitan area around Honolulu during hours of peak demand. But if the rest of Hawaii’s power grid fails, the power can be dedicated for military use .

“The base can be islanded off the grid, and in fact, there will be enough power from that plant to provide power to Schofield Barracks, Wheeler Army Airfield and Kunia Field Station all at the same time,” McGhee said. “That’s not an intermittent form of power, so you don’t need to store energy but you do need to store fuel. So the contract provides for onsite fuel storage to power the plant for up to five days and 30 days more storage in an off-site location. So it’s an extremely attractive proposition for the Army, and it’s an extremely attractive proposition for Hawaiian Electric too.” 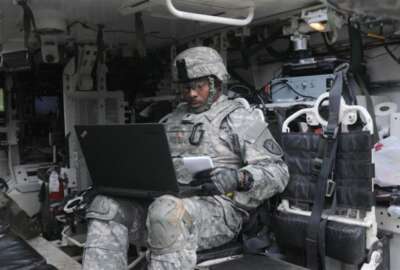