Pentagon IG highlights more than 1,500 open recommendations, some dating back a decade

For the second year in a row, the Defense Department’s inspector general has released what it calls a “compendium” of open recommendations.

The document,  which details of all the recommendations the DOD IG has issued to the Pentagon that have been awaiting management attention for at least...

For the second year in a row, the Defense Department’s inspector general has released what it calls a “compendium” of open recommendations.

Although the compendium is mostly a restatement of detailed reports the DoD IG has already issued to the military and its components, the office has come to believe there’s real value in issuing an annual reminder about unfinished business, said Troy Meyer, the assistant IG for audit.

“We believe this is a worthwhile exercise because our oversight work does not end when we issue a report and make our recommendations,” Meyer said in an interview for Federal News Radio’s On DoD. “It’s to see everything through and to ensure that the recommendations are indeed implemented and the department follows through on the agreed-upon actions.”

Although the list has grown over the last year, that’s largely because the IG has issued new recommendations at a faster clip than DoD has been able to resolve old ones, not because the department’s leadership hasn’t taken the compendium seriously, Meyer said.

“[The 2017 edition] did get attention at the very highest levels in the department,” he said. “Initially, they were focused on addressing the dollar-related findings with potential monetary benefits, and we’ve been working very closely with the department, meeting with them on a regular basis to ensure that they are implementing recommendations and providing us the information. So we are satisfied that the recommendations are being addressed.”

Although the IG’s individual reports often call out potential dollars to be saved if DoD were to implement a particular recommendation, aggregating at least some of those in an annual report turns out to have been an important feature that’s drawn DoD leaders’ attention to the compendium. This year’s version singles out 33 recommendations that the IG says could save the department $2.3 billion if DoD implemented each of them.

“We do try to quantify our findings when we can. In some cases, we will review a contract and we’ll make a determination as to whether the contract properly billed the government, for example,” Meyer said. “Some contracts require certain labor categories and we’ll look at the contract and compare it to what was actually provided. In other cases, the quantity of a weapon system may or may not be supported. Or in another case, we found that medical service accounts that were delinquent were not being referred for collections. However, not every recommendation has a dollar figure. In fact, most recommendations probably are management improvement recommendations.”

For the vast majority of the recommendations the DoD IG considers “open,” the department has already agreed to take corrective actions along the lines of what the office recommended in its original reports, it just hasn’t followed through yet. This year’s compendium reported that there were only 102 cases in which DoD officials fundamentally disagreed with a report’s conclusions.

Meyer said there are varying explanations for why a recommendation might remain unresolved for years-on-end, but acknowledged that in many cases, the steps the IG has suggested are complex and can take time to implement.

“There were a number of them where it required the implementation of policy that had to be thoroughly coordinated either within the department, or perhaps with outside agencies like the Department of Treasury, GAO, OMB, or maybe the Federal Accounting Standards Board,” he said.

“Those do take longer. However, we do have recommendations that are around 10 years old, and that is an excessive amount of time to have an open recommendation. That goes to the point of this compendium, which is to highlight those instances and to get them in front of agency management so they can be addressed.” 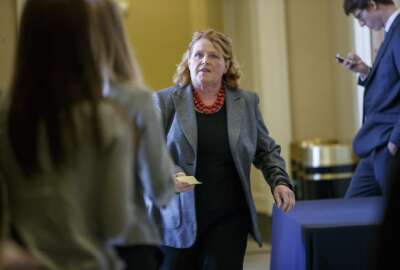 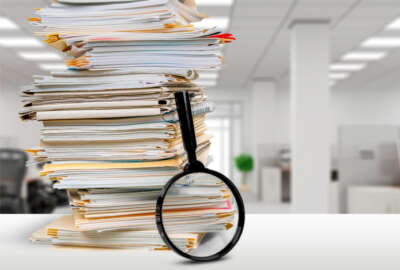