The Defense Department’s Joint Task Force Civil Support is a unique organization in almost every way.

For starters, its entire mission, 24/7, is to coordinate and plan how DoD would respond to what emergency planners like to call “low probability, high-consequence” events: in this case, that could be a chemical, biological, radiological or nuclear (CBRN) catastrophe in the continental United States.

If an event like that were to occur, the overall military response would be in support of the Federal Emergency Management Agency or state and local authorities. JTF-CS would take control of DoD’s portion of it, but on a day-to-day basis, none of the more than 5,000 members that comprise the armed services’ CBRN response expertise actually work in the task force’s chain of command.

It’s also one of the smallest standing task forces in the military, with fewer than 200 people assigned to its expeditionary headquarters at Fort Eustis, Virginia.

But while those atttributes are all unusual for a U.S. military task force, they amount to features, not bugs, said Maj. Gen. William Hall, who took command of JTF-CS earlier this year. He mentioned the issue of CBRN forces not falling under his command’s authority during steady-state planning operations.

“When I first came into the job, I was a little concerned about that,” Hall said. “But my experience in the last 31 years has taught me that we’ve got both a formal chain of command and then we’ve got leaders who know how we actually get things done … they understand the gravity of this mission.”

And the leanness of the task force’s headquarters works in its favor, Hall said in an interview for Federal News Network’s On DoD.

“One of our priorities is how we lessen the footprint in our response area. If we are too heavy, we’re just adding a burden to our partners, and it makes us slower getting there,” he said. “And the great news is we have technologies that have changed the way we do business so that I can literally have people back in my building, doing things that I need them to do as though they’re standing there next to me. It lets us provide better support, versus showing up and saying ‘I need room for 400 people’.”

The task force — made up of members of the active duty military, the National Guard and the other reserve components — is primarily designed for speed and expertise. Its members and the CBRN forces they’d lead are expected to deploy within 24 hours of a disaster.

And while DoD forces regularly are able to help civil authorities on relatively short notice in “all hazards” events like hurricanes and tornadoes, the highly-technical nature of the CBRN mission is part of what justifies a permanent, standing task force, Hall said.

“The ability to get in and extract people out of collapsed structures while wearing the personal protective equipment we’d need — that part of the mission is just hard work,” he said. “We have medical providers that do the initial triage, our aviation task force that provides aviation support, our logistics task force that helps us move things around the incident area. At our headquarters, [we think about] how we synchronize, coordinate the actions of all those elements and ensure unity of effort with our state, local and federal first responders to get to a site and be able to provide them the resources required, because we’ll never be in the lead.” 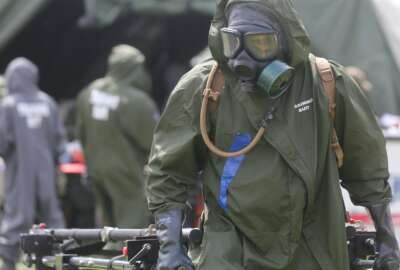 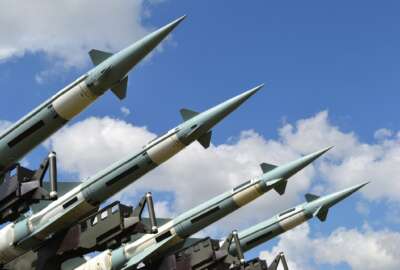 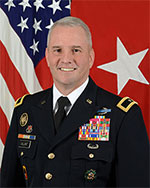