A little over three years ago, when the forerunner to what’s now called the Defense Innovation Unit was still in its infancy, one of the first projects the Pentagon asked its new Silicon Valley outpost to tackle was the emerging problem of threats from small drones.

A little over three years ago, when the forerunner to what’s now called the Defense Innovation Unit was still in its infancy, one of the first projects the Pentagon asked its new Silicon Valley outpost to tackle was the emerging problem of threats from small drones.

That’s partly because several well-funded startups had already started to emerge to help companies and other non-Defense customers, like stadium and critical infrastructure operators, deal with the problem of countering unmanned aerial systems (UAS). So DIU was tasked with trying to bring those commercial technologies into the Defense fold — exactly the sort of thing it was designed for.

DIU has now signed prototype agreements with five companies, and two more contracts are in the works. Some of the firms have already shown they can eliminate threats from small drones by capturing them in nets, jamming their radio control signals, or simply ramming them with another small UAS.

So why has it taken several years for DIU — which prides itself on moving quickly — to get to this point? According to Lt. Col. David Willard, the organization’s counter-UAS program manager, just about everything about the small drone problem has turned out to be “wickedly complex.”

“When you look at the number of facilities the DoD would need to cover, particularly when you look stateside at just the costs for some of those more traditional systems and the level of training and operator input you’d need,” he said in an interview for Federal News Network’s On DoD. “The cost to implement those solutions for every installation, both from a dollar perspective of buying the systems, but also from a training and an operational concept burden, they become pretty insurmountable pretty quickly.”

And even though some of the systems have clear uses in wartime environments – defending troops from small drones improvised with explosive devices, for example – when it comes to using them in the continental U.S., DoD was quickly confronted with some of the same regulatory uncertainties that commercial operators have been dealing with over the last several years.

Willard said at first, the legal regime simply wasn’t clear on whether the military even had permission to shoot down a drone that was operating without permission over one of its stateside bases.

“You would think that, but we’re governed as much as anybody else by regulation and law. We do have some relief now, but that wasn’t codified until the 2018 [National Defense Authorization Act], when it was clearly stated that DoD had the right and the ability to knock drones out of the sky or physically capture them, he said. “But the radio frequency issues continue to be in question, particularly for the CONUS mission, because you have the wiretapping laws which apply. And so depending on how you interpret the law DoD does not get a get-out-of-jail-free card.”

And overseas, DoD faces drone threats the commercial companies other customers don’t, like large unmanned systems built by nation states specifically for military purposes. For training and doctrine reasons, the military services generally prefer to buy defensive capabilities that can operate as a “system of systems” and integrate into an existing military formation.

To test whether the counter UAS systems DIU is now prototyping can do that effectively, it developed a modified version of the Commercial Solutions Opening process it uses to solicit ideas from in industry.

In this version, each candidate technology was married up with an operational unit to test its military utility for the first “gate” of the assessment process.

“That, in essence, allowed us to get our hands on and look at the technology so we could see how sophisticated were on the technology, how solid is the team, how quickly can they react, all of those other intangibles that you really want when you’re looking for a vendor to execute on your behalf,” Willard said.

DIU started the assessments with 19 firms. Those who have emerged into the formal prototype state and been awarded other transaction agreements are Fortem, Anduril, SCI, L3Harris, ELTA NA, and two others who are still in contract negotiations. Depending on the results of the prototype, the firms could be eligible for follow-on production OTAs to scale up their work for the military.

But Willard said the modified CSO process DIU designed for the counter-UAS mission does not simply toss the other firms’ proposals into the wastebin. Rather, it’s designed to give them meaningful feedback in the hope that they can change their processes or technologies in ways that might make them more suitable for DoD.

“It seems to be a pretty good model that allows us to kind of refresh the vendor pool on a regular basis, maybe every six months or every year,” he said. “It allows the companies to hear from DoD, either, ‘Hey, this will never happen because of X, Y, and Z,’ or, ‘If you do this one, two or three things, then you’re going to be really interesting to us next time.’ That’s really valuable for the commercial companies to hear, because [in other competitions] they may submit 5 or 10 requests for proposal or responses to RFIs, and they get little to no feedback from the government. So if we can give them that feedback, they can come back the next time and continue to participate.” 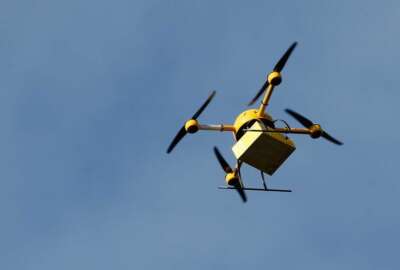 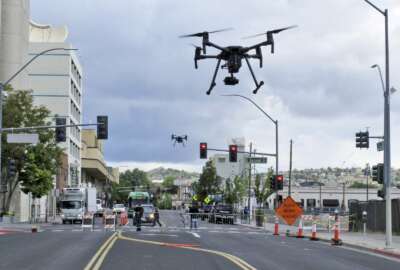