2021 budget proposal from the White House not helping fed morale

That next-year’s budget proposal from the White House had a lot of federal employee measures. Higher contributions to fed pensions, pared back pension benefits, and a tiny pay raise. To Bob Tobias, it’s enough to make some feds say, “Stop the world, I want to get off.” Tobias is a professor in the Key Executive Leadership Program...

That next-year’s budget proposal from the White House had a lot of federal employee measures. Higher contributions to fed pensions, pared back pension benefits, and a tiny pay raise. To Bob Tobias, it’s enough to make some feds say, “Stop the world, I want to get off.” Tobias is a professor in the Key Executive Leadership Program at American University, and he joined Federal Drive with Tom Temin for more discussion.

Tom Temin:  And I guess I could have predicted what you think of the budget proposal, Bob, but what are your thoughts?

Bob Tobias: Well, the budget headlines are, as you suggest Tom, reduced budgets, increased retirement contributions, reduced benefits, increased health care costs, a pay increase of 1%. And what it does is create anxiety in the workplace. Federal employees have faced this before. But when the headlines come in, there’s that piece of fear, piece of anxiety in a federal employee’s mind: “Is this gonna really happen? Is my future gonna look as dire as the headlines predict today? And maybe not, maybe it won’t become true, but I have to live with it. I have to think about it. It’s always at the outer edge of my brain. And so then a month down the road, when the headline comes up again, I’m again faced with his fear is gonna be true.” Now that fear is totally inconsistent with productivity in the workplace. And that’s just counterproductive to people coming to work, being pleased and producing for the public.

Tom Temin: Well, just to play devil’s advocate, though, is that not part of being in the public sector, where budget creation is a messy, public, argumentative process and always has been. It’s been worse in the past 40 years perhaps than before that, but that’s just the way it is when you join up, right?

Bob Tobias: Well, I believe over the past few years it’s been a particularly difficult time because the difference between what the president proposes, which has been drastic, and then what Congress actually passes has been pretty much okay. So the gap has been wider, so the anxiety has been more. So yes, when I signed up to be a federal employee, I know that I’m subject to a budget process. But with the polarization so large and the attacks on federal employees so frequent, I believe it’s worse now than it ever has been.

Tom Temin: Because during the last administration that is when the contributions to their pension fund actually did rise by an act of Congress, which the president had said he didn’t want to do but did sign the bill. And they had three years of pay freeze. So these things tend to, as you say, happened for a long time. What do you think is the material difference this time around?

Tom Temin: We’re speaking with Bob Tobias. He’s a professor in the Key Executive Leadership Program at American University. And in the classes that you teach on management and how to deal with this kind of thing, what should federal leadership do, the career leadership do — I guess we’ve asked this question from time to time — to maybe try to insulate people from all of that political noise that’s happening six levels up?

Bob Tobias: Well, one thing that executive branch leaders, particularly at the political level could do was to make this issue, make this a conversation in the workplace. What we found during the time when they were furloughs in the Obama administration, those agencies that actually had a conversation with employees, then the conversation went like this: “I don’t know whether or not there will be furloughs in this agency, but you’re free to talk about it. I’m free to tell you what we would do if.” When those conversations occur, the following Federal Employee Viewpoint Survey went up. Those agencies that were mute and allowed the anxiety to just boil went down. So the best approach for a federal agency is to make this the source of discussion. “Yes, I know you’re anxious, and we’re going to do the best we can.” So those agencies that had conversations had increased FEVS scores. Those who did not went down.

Tom Temin: Yes, so in other words, don’t sweep it under the rug and hope for the best but take it on directly.

Bob Tobias: Exactly. I mean, employees are talking about it. The question is, are their supervisors and supervisors’ supervisors involved in the conversation?

Tom Temin: And, of course, there’s no mention of furloughs. But let me ask you this — there is one paragraph or so, somewhere in that budget, which indicates that the president would like to take the cap off the amount of pay that can be used for bonus purposes for merit performance-based bonuses, even though the average raise would be lower, as you say that 1%. I guess he didn’t propose zero, at least this time. Could that be something positive? Wouldn’t wouldn’t the high performers like to see, you know, the possibility of a bigger bonus than they’ve been entitled to until now?

Bob Tobias: Well, I think perhaps, that those who received the bonus might be pleased temporarily. But what the research says, Tom, is that federal employees don’t come to the federal government and continue to work harder because of a small incentive pay amount. They come because they want to be involved in something larger than themselves. They come because they’re dedicated to public service. So I don’t believe that a small incentive pay amount will turn the tide against the toxicity that exists and the anxiety that exists.

Tom Temin: So it’s really not the level of pay that people get because isn’t there kind of ancient contract that in civil service? Yes, you will work for less than what you can probably get in the private sector. But in return you get stability, you get a benefit plan and a pension plan that offers you some kind of reassurance that you wouldn’t get if you got rich somehow in the private sector. And you get the respect, all of those things in exchange for what might be a rich salary.

Bob Tobias: You get some respect for the work that you do. I mean, I have the opportunity in the Key Program to work with people who are really, really dedicated to public service, dedicated to their mission. That’s why they come to work. That’s what gets them excited. And when they’re met with a return of excitement in their workplace, that’s what creates the problems. The federal employees are really dedicated people, and to be treated with this regular anxiety is really unfortunate and counterproductive.

Tom Temin: Bob Tobias is a professor in the Key Executive Leadership Program at American University. As always, like to hear your comments. 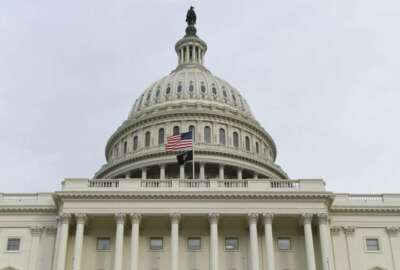 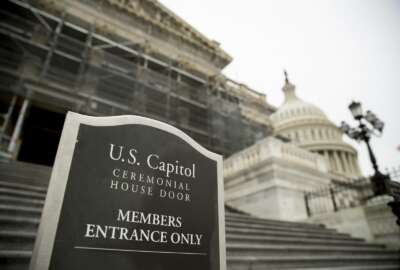