Ted Davies of Altamira named Executive of the Year 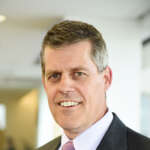 Ted Davies is the president and chief executive officer for Altamira Technologies Inc.  He is responsible for the strategic direction of the corporation and driving overall business results. Prior to Altamira, Davies spent 11 at Unisys, most recently as the president of Unisys Federal Systems following 17 years with Booz Allen Hamilton, Inc., and holds leadership roles in various community organizations from ACT/IAC, TechAmerica, United Way, Lupus Foundation of America and the National Kidney Foundation. Davies was named the Executive of the Year for companies up to $75 million as part of the 2016 Greater Washington GovCon Awards, which are presented by the Northern Virginia Chamber of Commerce.