Happy Independence Day! On the 4th of July, which became a holiday in 1870, we celebrate the day the Declaration of Independence became America’s founding document. On this day in 1776, the document was signed by our founding fathers and accepted into the Continental Congress, creating our sovereign nation officially separate of the British.

From cookouts by the pool to beautiful displays of fireworks and so much more, people across the United States are taking a day, and maybe even more, to mark the birth of our country. In the nation’s capitol, the National Independence Day Parade will be held on historic Constitution Avenue and the Monuments in Washington, D.C. Here’s a look at how the government is commemorating through the lens of social media.

Happy Fourth of July, everybody! This is always a great day in the Obama family: a chance to celebrate America—and Malia’s birthday, too. Hope all of you are able to get some time with friends, family, and fireworks. pic.twitter.com/Gn9kVCCnuf

As did our nation’s defense branches.

We’re the home of the free because of the brave.

The Library of Congress and the National Museum of American History offered up some history lessons.

Fifty years later, to the day, Jefferson died on July 4, 1826. However, his words continue to live on.

What does the Declaration of Independence mean to you?

On this Independence Day, view our exhibition on the documents that founded America. https://t.co/wmz6X9KFLZ pic.twitter.com/fOvUC5DxVX

And agencies all around the government shared messages too.

Land of the free because of the brave. Wishing everyone a happy and safe #FourthOfJuly! pic.twitter.com/KLnqS5blfm

This #4thofJuly, we celebrate our independence. And next year, for the #2020Census, we’ll count everyone from sea to shining sea. Learn more at https://t.co/K3jzM3Ov0B. pic.twitter.com/zHb11JyxNR

Us: Proud to deliver from sea to shining sea. 🇺🇸 pic.twitter.com/uSg9yUVgD4 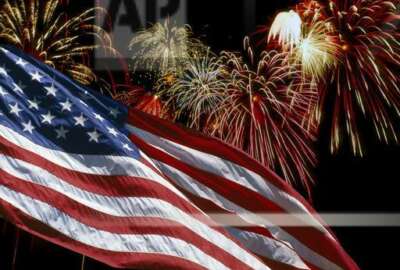 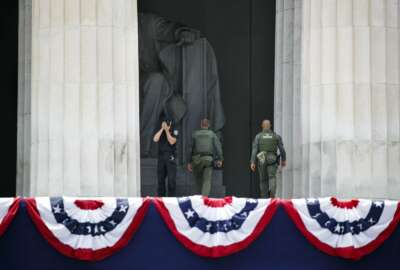 What to know about the July 4th celebration in Washington