For some civil servants, a post-federal career in industry beckons. For others, academia. That’s the case for Jessica Rich, the former director of the FTC’s Bureau of Consumer Protection, now a distinguished fellow at Georgetown Law School. She joined the Federal Drive with Tom Temin to talk more.

Editor’s note: This interview has been updated to remove...

For some civil servants, a post-federal career in industry beckons. For others, academia. That’s the case for Jessica Rich, the former director of the FTC’s Bureau of Consumer Protection, now a distinguished fellow at Georgetown Law School. She joined the Federal Drive with Tom Temin to talk more.

Editor’s note: This interview has been updated to remove an erroneous reference to Cancer Treatment Centers of America.

Tom Temin: So you I had a pretty high-profile job. Director of the FTC’s Bureau of Consumer Protection. What beckoned you, what attracted you to an academic career — post-federal?

Jessica Rich: Well, as a federal employee at the Federal Trade Commission, which is an independent agency, I was so spoiled in that my mission was to examine problems and try to solve them for consumers and do the right thing, regardless of politics, regardless of having any clients that I had to serve. My clients were the American people. So I think it’s very, very difficult to leave a wonderful position like that. And I was at the Federal Trade Commission for 26 years, and not continue to have a mission of just doing the right thing. So, at Georgetown, I will be examining problems in the same way as I did the FTC. Obviously, I won’t be a government employee, but I will be looking at them from the perspective of what’s best for consumers. I’ll be working with students. I’ll be doing training and classes with policymakers. And it’s a logical next step for me from the wonderful work I was able to do at the FTC.

Tom Temin: And at the FTC, of course, you were dealing often with miscreants in business, people that were doing the wrong thing on behalf of their customers or the public. Do you feel like basically that industry is okay and they were just some outliers? Or how do you feel about industry in general having seen kind of the dark underbelly of it for so long?

Jessica Rich: Well, business is a huge, important part of our economy, and there are many legitimate businesses that are helping our economy work well and delivering products for consumers. So one of the most important things about the FTC’s mission is to target companies that aren’t doing that and allow, not only to protect consumers but to allow legitimate businesses to thrive and not have to compete with lies. So I feel just fine about business generally, but they’re definitely not only bad actors that do bad things. And that’s why it’s very important to have rules, to have laws and to have law enforcement.

Tom Temin: How did things change over the 26 years you were looking at this issue? I mean, a product like lawn darts — pretty obvious to people like, golly, what was somebody thinking to sell a thing like that? But as consumer products get more complicated, more electronic, more difficult to see through, technically, how did that change the job over the years at the FTC?

Jessica Rich: Well, it changed the job fairly fundamentally. When I started at the FTC in 1991, although some people in this country had access to the internet, I guess the [Defense Advanced Research Projects Agency] net, the internet was not an everyday tool in any way, and that really happened during the nineties. So all of a sudden, people started using the Internet. That led to a lot of data collection that led to consumers often dealing with companies that they couldn’t see and didn’t know and didn’t know in person. And so it created a lot of new issues for consumers. A lot of new challenges to consumers and privacy and data security was, you know, one of the main areas that developed during the time I was there. We didn’t even have a privacy program when I started, and by 2000 we had a very significant privacy program, which I was quite privileged to have helped create.

Tom Temin: We’re speaking with Jessica Rich. She’s former director of the FTC’ s Bureau of Consumer Protection, now a distinguished fellow at Georgetown Law School. And looking back that you feel that the FTC gave you the tools in terms of people and money that you needed to keep it evolving as the threats to consumers evolved?

Jessica Rich: Tools and money was always a challenge at the FTC. It’s a pretty small agency. I don’t know the exact number now, but it always hovered around 1,000 people, and that’s both competition, anti-trust enforcement, and consumer protection. So when you think about the mission covering the entire country, it’s a pretty small agency. And then when you think about an issue like privacy, there’s really right now, only about 50 people working on that and about 50 people working on deceptive advertising and similar numbers of people working on anti-fraud efforts, a little more. So resources were always an issue, and what it meant is that we needed to engage in a lot of strategic planning and strategies to make sure we were using our resources well. You can’t just open a case anytime you see something wrong, you have to evaluate the harm it’s causing and whether it’s something the FTC can actually do something about with its existing tools. So every FTC attorney, investigator, economist learns to think in those terms: Is this a good use of our resources? Will this maximize value for consumers relative to another case I might open?

Tom Temin: And what about cooperation with the state level bureaus of consumer protection? Were they kind of like adjunct faculty for you?

Jessica Rich: That was a huge part of how the agency leveraged its existing resources. It worked with states, even the local enforcer, for example, referring identity theft cases to local law enforcement. You know sometimes we brought cases with multiple states. There are also programs to refer cases to criminal law enforcement, when it was determined that this is really better suited for criminal prosecution. And there were conferences that during my tenure we held, and I think they’re still being held, to share information with states all over the country. And we did that through our regional office. So yes, that was a huge part of leveraging the resources and not only engaging in joint efforts, but also deciding, is this something that warrants a joint effort or is this something that’s better to divide and conquer? Maybe I do this case, you do that case so we can maximize the value for consumers?

Tom Temin: And looking back over the years, are there any cases that really stick out in your mind, the kind of thing you went home and might have yelled at the dog, “What kind of a crazy company do they think they can get away with this?”

Jessica Rich: Well, there were a lot of cases during my time that I felt strongly about. There were also many, many cases that were highly significant in that we were responding to technological developments. For example, cases against Apple, Google and Amazon for charging kids in kids’ apps without parents even knowing their kids were being charged until they got these hefty bills hidden charges on mobile phone bills. Another really compelling case was the case against Herbalife, which basically was selling investments but really just using Peter to pay Paul. Another important case is Western Union, where we alleged that the company was turning a blind eye to fraud that was being perpetrated through its wiring. So that was a very significant case that hurt people that didn’t have much money. We also brought sweeps against deceptive auto advertising and fraudulent debt collections. So they’re really a huge number of compelling cases that the FTC is able to bring and that we were able to bring during my tenure.

Tom Temin: Jessica Rich’s former director of the FTC’s Bureau of Consumer Protection. She’s now a distinguished fellow at Georgetown Law School. Thanks so much for joining me.

Jessica Rich: Thanks so much for having me.

Tom Temin: We’ll post this interview at www.federalnewsnetwork.com/FederalDrive.  Subscribe to the Federal Drive at Apple Podcasts or Podcastone. 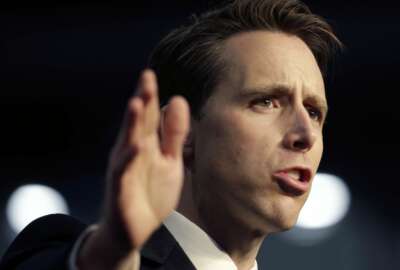 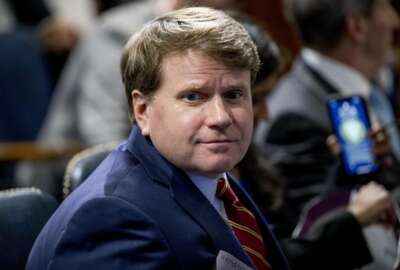