WASHINGTON (AP) — The Trump administration said Thursday that it was replacing the acting chief of the National Counterterrorism Center, part of an ongoing leadership shakeup in the intelligence community.

Russell Travers took over as acting director of the NCTC last August and has spent decades in counterterrorism and national security.

The Office of the Director of National Intelligence said in a statement Thursday evening that Travers had been offered a different position by Acting DNI Richard Grenell but had decided to retire instead.

“Over the next few weeks, we expect Russ to step out of his current position to prepare for retirement. Russ’ willingness to step up and serve as the acting director of NCTC multiple times is an example of his commitment to serve this vital mission,” said the statement.

The White House on Wednesday announced plans to nominate Chris Miller, a former Army Special forces officer and counterterrorism adviser to President Donald Trump, to the role of NCTC chief.

“Acting DNI Grenell and the ODNI leadership have been discussing the many reform recommendations previously made by other Directors,” the statement said. “Our hope is that these reforms will posture NCTC to lead the counterterrorism mission into the future.”

The Washington Post was first to report that Travers had been replaced. The newspaper said that Travers told colleagues that he had been fired.

The NCTC analyzes emerging terror threats to the United States, maintains a database of known and suspected terrorists and produces warnings and alerts on developing issues.

The intelligence community has endured significant upheaval in the leadership ranks over the last year. The former director of national intelligence, Dan Coats, who had bumped elbows with Trump, resigned last year, and his deputy, Sue Gordon, left as well. Travers’ predecessor as NCTC chief, Joseph Maguire, also served briefly as intelligence director but left the post last month. 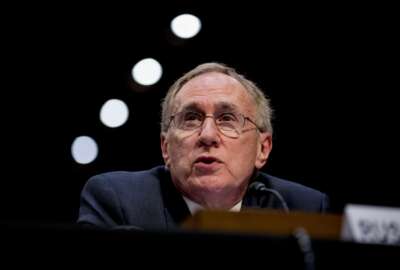