President Donald Trump’s first pick to lead the Office of Personnel Management will rejoin the agency, nearly three years after he withdrew his name from the Senate nomination process.

George Nesterczuk is a now senior adviser to the OPM director, the agency said Wednesday in an email to employees, which Federal News Network obtained.

The president first tapped Nesterczuk back in May 2017 as his original nominee to be OPM director. The nomination process, however,...

President Donald Trump’s first pick to lead the Office of Personnel Management will rejoin the agency, nearly three years after he withdrew his name from the Senate nomination process.

George Nesterczuk is a now senior adviser to the OPM director, the agency said Wednesday in an email to employees, which Federal News Network obtained.

The president first tapped Nesterczuk back in May 2017 as his original nominee to be OPM director. The nomination process, however, dragged on for several months, and he withdrew his name in August later that same year.

An OPM spokesman confirmed Nesterczuk’s new position at the agency.

“Mr. Nesterczuk brings over 40 years of experience in leadership and management consulting services in public and private sector organizations to the agency,” the spokesman said in a statement to Federal News Network.

Most notably, Nesterczuk spent two years during the George W. Bush administration as a senior adviser to the OPM director on Defense Department issues, where he led efforts to establish the National Security Personnel System (NSPS) at DoD.

NSPS was controversial with federal employee unions, and the Obama administration repealed it during its first year in office.

Nesterczuk’s involvement with NSPS was one of several concerns employee unions raised back in 2017, when they formally opposed his nomination in a letter to the Senate Homeland Security and Governmental Affairs Committee. The unions, which included the American Federation of Government Employees and the National Federation of Federal Employees, said they feared his nomination would open the door up to more federal workforce policies like that of NSPS.

Nesterczuk withdrew before the Senate committee had a chance to consider his nomination at a formal hearing.

Beyond his role in the Bush administration, Nesterczuk served as staff director for the House Government Reform and Oversight subcommittee on civil service in the mid-1990s. He held multiple positions in the Reagan administration at the Pentagon, Transportation Department and OPM, where he managed the Senior Executive Service, labor and equal employment opportunity issues and pay-for-performance initiatives.

Trump would go on to nominate Jeff Pon as his first Senate-confirmed OPM director. Pon would serve for five short months before he was replaced by Margaret Weichert, who led the agency on an acting basis for nearly a year. Weichert served concurrently as both the acting OPM director and the deputy director for management at the Office of Management and Budget.

Today, Michael Rigas is also dual-hatted in both positions. He began leading OPM on an acting basis after Dale Cabaniss, the president’s second confirmed personnel director, abruptly resigned six months into the job.

Critics have said the co-mingling of the two positions has, in part, weakened OPM, as the agency has spent the past year dealing with uncertainty, low morale and the loss of experienced career leadership due to the administration’s proposed merger with the General Services Administration.

Tensions between OPM and OMB are high, sources have told Federal News Network, especially as the two agencies have struggled to coordinate their responses to the federal workforce during the ongoing pandemic.

In an April 27 letter to Rigas, Democrats on the Senate Homeland Security and Governmental Affairs Committee questioned OPM’s support for the federal workforce during the pandemic. The agency has refused to brief and update the committee on its plans since March 17, senators said.

“We hope that we can expect much greater cooperation from OPM in the coming weeks and months,” senators, led by Ranking Member Gary Peters (D-Mich.), said. “While we appreciate the voluntary guidance provided to federal agencies, guidance on its own is not enough, and OPM should be closely monitoring and working with agencies to ensure they are taking every possible step to protect the health and safety of their employees.”

Even before Nesterczuk’s arrival, OPM had seen its fair share of personnel changes in the last month alone.

Dennis Kirk, another Trump appointee, is heading up a key OPM policy shop. His nomination to lead the still-vacant Merit Systems Protection Board has been pending before the Senate for more than a year.

OPM also brought back Sara Ratcliff, the former executive director of the Chief Human Capital Officers Council, as the new associate director for HR Solutions. She retired from OPM a few months ago but has returned to lead the agency’s fee-for-service human resources shop.

Both Kirk and Ratcliff took on positions previously held by career senior executives. 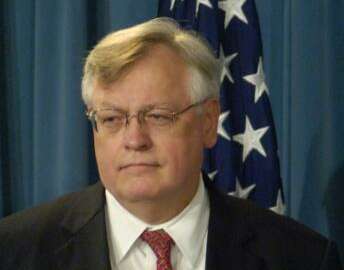 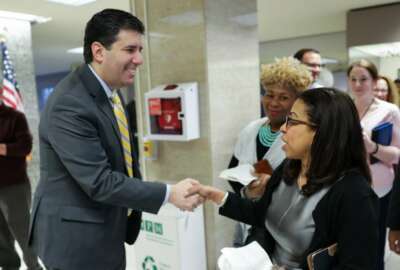