Members of Congress often don’t read the bills they vote on. But they do know what every bill will cost taxpayers, or at least they should. That’s thanks to the diligent work of the non-partisan Congressional Budget Office. The CBO’s director of Budget Analysis may not be a household name. But her work has made her a...

Members of Congress often don’t read the bills they vote on. But they do know what every bill will cost taxpayers, or at least they should. That’s thanks to the diligent work of the non-partisan Congressional Budget Office. The CBO’s director of Budget Analysis may not be a household name. But her work has made her a member of this year’s class of inductees to the National Academy of Public Administration. As part of our weeklong series of new NAPA fellows, Theresa Gullo spoke with Federal Drive with Tom Temin.

Tom Temin: Tell us what the chief of budget analysis actually does all day at the CBO.

Theresa Gullo: Okay, I oversee the Budget Analysis Division, which is the largest division at CBO. We account for a little over a third of the agency. BAD develops the spending part of the baseline projections against which legislation is measured. And we also prepare cost estimates of all legislation before they are considered on either the House or the Senate floor. Congress can use those estimates if they want to enforce budget rules.

Tom Temin: Got it. And I guess they’re kind of whimsical on that call over the years, but it’s not really CBO’ss call on that matter. And when you mentioned a third of the agency, we’re not talking cast of thousands either are we?

Theresa Gullo: No, the budget analysis division is about 89 people, the whole organization is about 250-260.

Tom Temin: And every year that budget debates concern the 1.3 or so trillion dollars that are so called discretionary spending. Does CBO also track all of the other spending on the entitlement programs, interest on the debt and all those elements?

Theresa Gullo: Absolutely. We work for the budget committees, the appropriations committees, finance and ways and means committees, which are responsible for a lot of that mandatory spending. And we track all of it, all accounts in the budget are part of our database that we track.

Tom Temin: Because it never seems to come up in the debates in Congress. They don’t seem to talk about it publicly. Does anyone from CBO ever tap the leadership on the shoulder and say, just so you’ll know, this is what’s going on in this part of the budget that doesn’t get talked about that much?

Theresa Gullo: Well, so we don’t provide advice to the Congress, we provide information. But we have a series of reports that we produce on a regular schedule, our budget and economic outlook, the next one will come out in January. That’s exactly its purpose is to lay out for Congress – -what is the budget situation currently across all types of accounts, including revenues? And what is the projection for the next 10 years? So that kind of information across all of those is available to the Congress on a pretty regular basis.

Tom Temin: And of course, CBO has assumptions and algorithms and formulas that it uses to evaluate bills and to look at the budget projections. How do you maintain those make sure that they’re current? And how does the decision get made to maybe alter one in light of new evidence or changes in the economy?

Theresa Gullo: When we prepare cost estimates, something a lot of people may not realize is that our work is guided by principles that are set out in law in a series of budget acts, and in rules that are set by the House and the Senate. So in other words, many of the procedures that we follow, we’re required to follow by the Congress. And the reason they do that is because they are very sensitive to making sure that across legislation and across time, we are being consistent in how we apply our rules. So when we prepare cost estimates, we do have specified process for reading legislation, and gathering information, analyzing data. Some of our analyses are done using pretty complicated micro simulation models. A lot of our work is done on spreadsheets, because they’re a little bit more straightforward. And then we communicate that information. So the processes are the same. But how we approach any given issue really depends on the complexity of the issue, the subject matter of the issue. But that’s all within the context of rules that are established for us by the Congress.

Tom Temin: So the process for those that care to look deeply is transparent. And you can show your work if asked?

Theresa Gullo: That is our intention. And we have put a very high premium on being as transparent as we can and sharing as much of the information on how we do our work. Every cost estimate has a section that’s called basis of estimate and that basis of estimate tries to lay out — where did we get our information? What are we basing the estimate on? And we also have a section on uncertainty that tries to point to how might the estimate be different if some of the assumptions we’re making, or some of the factors we’re using in our estimate are different than we expected.

Tom Temin: And just out of curiosity, how did you come to this particular work?

Theresa Gullo: Well, actually, it was a little bit random, and unplanned. I was a graduate student at Berkeley in the 80s. And I knew I wanted to be in DC for the summer, but I had to find a paid internship or I wouldn’t be able to afford to fly to Washington. So I applied for the only paid internship I could find, which was at CBO. And I got the job luckily. At the time, I really had no knowledge or frankly, any interest in the federal budget. But I wasn’t at CBO very long before, it was clear to me that it was a perfect fit for me and my training. I loved the non partisan and objective nature of the work. I liked the quick pace of the work. I loved the camaraderie of the analysts who really do work hard to support each other. And I loved that my main job was just to ask a lot of questions. So it’s really a match made in heaven as far as I’m concerned.

Tom Temin: And members of Congress have different sides to them, if you watch them on cable TV, they’re all monsters. I’ve interviewed many of them, many of them individually — and they all seem like normal, reasonable people that you’d like to have a cup of coffee with? What do they look like from the standpoint of CBO when you’re just handing up information and getting the requests and pretty much have that employee-employer almost relationship with them?

Theresa Gullo: So generally speaking, if we have the opportunity to really explain ourselves and walk through with staff and members, how we came to our conclusions., they may not agree with us, but generally speaking, we will usually get the reply, we understand where you’re coming from, we see how you came up with the answer you came up with, we don’t agree with it. And they may publicly focus more on what they don’t agree with. But generally speaking, I think we have a fairly good track record of behind the scenes explaining ourselves, and at least getting staff and members to understand that we’ve taken an honest, hard look at things and have come up with a reasonable answer, even if it’s not the one they were hoping for.

Tom Temin: And do you have any secret favorites among the members?

Theresa Gullo: Um, no, some members, some staff are challenging because they really probe and they really want to understand things. But in a way, that’s kind of exciting and exhilarating, because it really puts you on to be your best and to really explain and think hard about, why are we saying what we’re saying? So in some ways, some of the most challenging people are also the most satisfying people to work with.

Tom Temin: Yes, I’ve known that phenomenon myself in my career. And now that you are a NAPA fellow, what are some of the types of issues and programs you’d like to work on there?

Theresa Gullo: First of all, I’ll say I am so honored to be considered as part of this organization. I have admired NAPA for many, many years. And many of the people who’ve been really important in the development of my career are NAPA fellows. So I consider myself truly honored to be considered part of that group. NAPA has a set of what they call grand challenges that they are confronting and working on. And two of those are of particular interest to me. One, not surprisingly, is advancing the nation’s long term fiscal health. That is something that I’m very interested in. There are so many important questions we need to answer about, even if there are good reasons to be spending money in a situation like we’re in now, what are things that the Congress might be able to do to put some fiscal rules in place to ensure that over the long term, we’re still worrying about the rising debt? So that’s something I’m very interested in. But I’m also really drawn to another one of their grand challenges, which is modernizing and reinvigorating the public service. I think a committed and a high quality public workforce is so important to the public’s trust in government. So I’m really interested in how to attract young and skilled analysts to public service and to provide them with incentives so that they want to commit to public service for a career. There’s a lot of retirements coming up I think in the public service, and if we don’t figure out how to attract new talent, I think that’s going to be a detriment to the government. 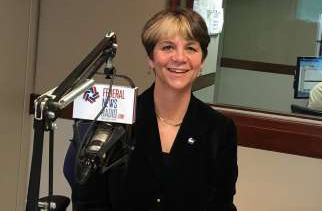 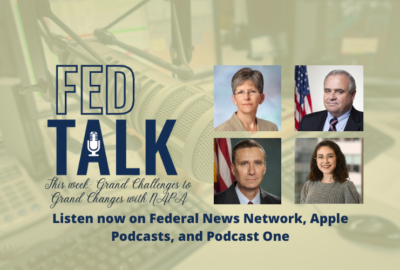