More than two decades after the 9/11 attacks, some victims have not been compensated. This guest took over the Victim Compensation Fund when it was foundering a few years back. Now tens of thousands of people have received payments from the fund. Rupa Bhattacharyya is special master for the Sept. 11 Victim Compensation Fund at the Justice Department and a finalist in this year’s Service to America Medals program. She spoke to the Federal Drive with Tom Temin.

Tom Temin: Ms. Bhattacharyya, good to have you on.

Rupa Bhattacharyya: Thank you so much. I appreciate it.

Tom Temin: And you are something of a specialist in being a special master of compensation funds. That is a narrow specialist. I guess that’s not all you’ve done. But tell us how you got to that point and what that job actually is?

Rupa Bhattacharyya: Sure, it certainly didn’t start out that way. I entered the Justice Department as a regular trial attorney, litigated for years defending the government and government employees in federal district courts all over the country, but made my last job prior to the 9/11 fund job. I oversaw two other compensation funds, the Vaccine Injury Compensation Fund, which was set up to pay that very small number of people who do have side effects from the administration of childhood vaccines, as well as the flu vaccine and the RECA funds, which is the Radiation Exposure Compensation Act program, which was set up to pay compensation to people who were injured from U.S. government nuclear testing that was done out west in the 50s and 60s.

Tom Temin: So these are funds that are established by Congress, correct? And the Justice Department administers them. What does the job take? I mean, how does the process work?

Rupa Bhattacharyya: So they’re all set up a little bit differently. The RECA fund is an administrative fund. And so the applications come in to the Justice Department, we make the decisions with respect to the applications according to a number of statutory criteria, we pay the claimants and if people are unhappy with what happens in the RECA fund, they can go to court and sue the department. The vaccine fund is set up a little bit differently. The cases there are actually adjudicated by the special master in the federal court. They’re in a court of claims. And so they make decisions on those cases, but they’re subject to much less rigorous evidentiary requirements. And then again, the Justice Department represents the Secretary of Health and Human Services with defendants in those cases.

Rupa Bhattacharyya: I do. So at the Sept. 11, Victims Compensation Fund, we have a staff of claim reviewers who review the claims. And we also have a number of hearing officers who hear our administrative appeals and actually get to listen to the claimants and hear their stories.

Tom Temin: And so tell us more about the 9/11 Victims Fund. You were appointed to it a number of years ago, but it had kind of stopped paying out people?

Rupa Bhattacharyya: Yes. So the fund is sort of an interesting story. You know, it was originally created in October of 2001. So immediately following the attacks, that was the fund that was run by Special Master Feinberg, Ken Feinberg, and it paid out over $7 billion to over 5,000 people. And then it closed in 2004. In 2011, it became clear that people were still getting sick from exposure to the toxins at all three sites: at the Pentagon, at Shanksville, and of course, in New York City at the World Trade Center site. And so Congress reopened the VCF to try to compensate those people who were now getting sick. But it was in a very odd position. No one knew in 2011, how many people had been exposed, how many people might get sick, what conditions they might actually come down with, in the end, it was a very sort of open ended proposition. And when it was created in 2011, it was set up for five years. So it was a temporary program with a very limited mandate, I had no idea what its claimant population was going to look like. And so when I came in, in 2016, it had stalled a little bit because it was going to expire. And Congress was in the process of trying to renew it. And we were still attempting to figure out how many claimants might actually ultimately be eligible. And that’s really sort of the challenge that I faced when I got there and no one knew at the time that we’d have over 7,000 claimants.

Tom Temin: Well, we’re speaking with Rupa Bhattacharyya. She’s a special master for the Sept. 11 Victim Compensation Fund at Justice and a finalist in this year’s service to America Medals Program. So what did you do to revitalize it, and now you’ve paid out 35,000 people who have received compensation?

Rupa Bhattacharyya: Yes, in total, we’ve paid out almost $45,000, $35,000 just in my tenure. We did a number of things, actually we staffed up we brought in a lot more claim reviewers, we streamlined our processes. We created a new claim form so that we could get better information. We went out and did a tremendous amount of outreach and education both to the affected communities and to the attorneys who bring the claim so that they knew what they needed to do and what documents they needed to file and how to make the claims move faster. We sort of went in a concerted effort, I would say we took the program apart and put it back together again, to try to make it work faster and better for the claimants who were coming into the program.

Tom Temin: And I’m a little puzzled by the number of 45,000. I mean, we know there were police and firefighters right on the scene, rescue workers. And of course, the people lost in the buildings had families and so forth. Then there were people kind of in the neighborhood, then there were people watching from across the river from apartments. How do you get to 45,000 people eligible for cash compensation?

Rupa Bhattacharyya: Sure. So our program compensates at all three sites, Shanksville, Pentagon and the World Trade Center in New York, our sort of geographic zone is all of lower Manhattan south of Canal Street. In addition to the usual first responders, right, the fire, the police, the EMS who showed up to work on the site. There were also all the construction workers and the debris removal experts and the asbestos abatement people and the cleaning people who went into the building to remove all of that dust, many of them are now facing toxic conditions, including many cancers as a result of their exposure to the dust. And it’s not just them. It also includes people who lived, worked, went to school in that area of lower Manhattan, who are now similarly breathed in that dust and are facing serious conditions as a result of that exposure.

Tom Temin: And are there special characteristics of these diseases that are markers for that dust as opposed to someone who’s been smoking two packs of Camels a day ever since then?

Rupa Bhattacharyya: So that’s a good question. And we at the victim’s compensation fund, we’re the lawyers, not the doctors. So we try to stay away from the medical determinations. We have a sister program at the Department of Health and Human Services, it operates out of the National Institute for Occupational Safety and Health, NIOSH, called the World Trade Center Health Program. And the World Trade Center Health Program actually makes the medical determinations about which conditions are related to 9/11 exposure.

Tom Temin: Got it and listening to you, I get the sense that you’re someone that really understands the inner workings of complicated machinery, in this case, the federal bureaucracy and all its glory, is that how you describe yourself because you said you’ve took the program apart and put it back together. It’s a simple thing to say, but that’s a heavy lift.

Rupa Bhattacharyya: I had a tremendously flexible and supportive team, they were willing to weather a lot of really major changes, not least of which because in 2018, we made the determination that we were not going to have sufficient funding to pay all of the claims that were coming into the program. And so another series of changes was made then, but you know, when you have a team that is willing to sort of roll with you and give you great ideas and make great suggestions, and do what needs to be done, because they know how important it is to see our claimants get paid. That’s what gets it done. And all credit goes to them.

Tom Temin: And after you left the fund, you said you were there for a period of time and now you are retired or what do you doing these days?

Rupa Bhattacharyya: I lost the fund just a few weeks ago actually to take a position at Georgetown Law Center in their Institute for Constitutional Advocacy and Protection. So I’ll be doing some litigation on constitutional issues, which is getting a little bit back to my roots, as well as hopefully down the road a little bit of teaching.

Tom Temin: All right. Well, if I was in law school, I’d hope to get you as a professor. Rupa Bhattacharyya is a special master or was until she just retired for the Sept. 11 Victim Compensation Fund at the Justice Department and a finalist in this year’s Service to America Medals Program. Thanks so much for joining me.

Rupa Bhattacharyya: I appreciate it. Thank you so much for having me. 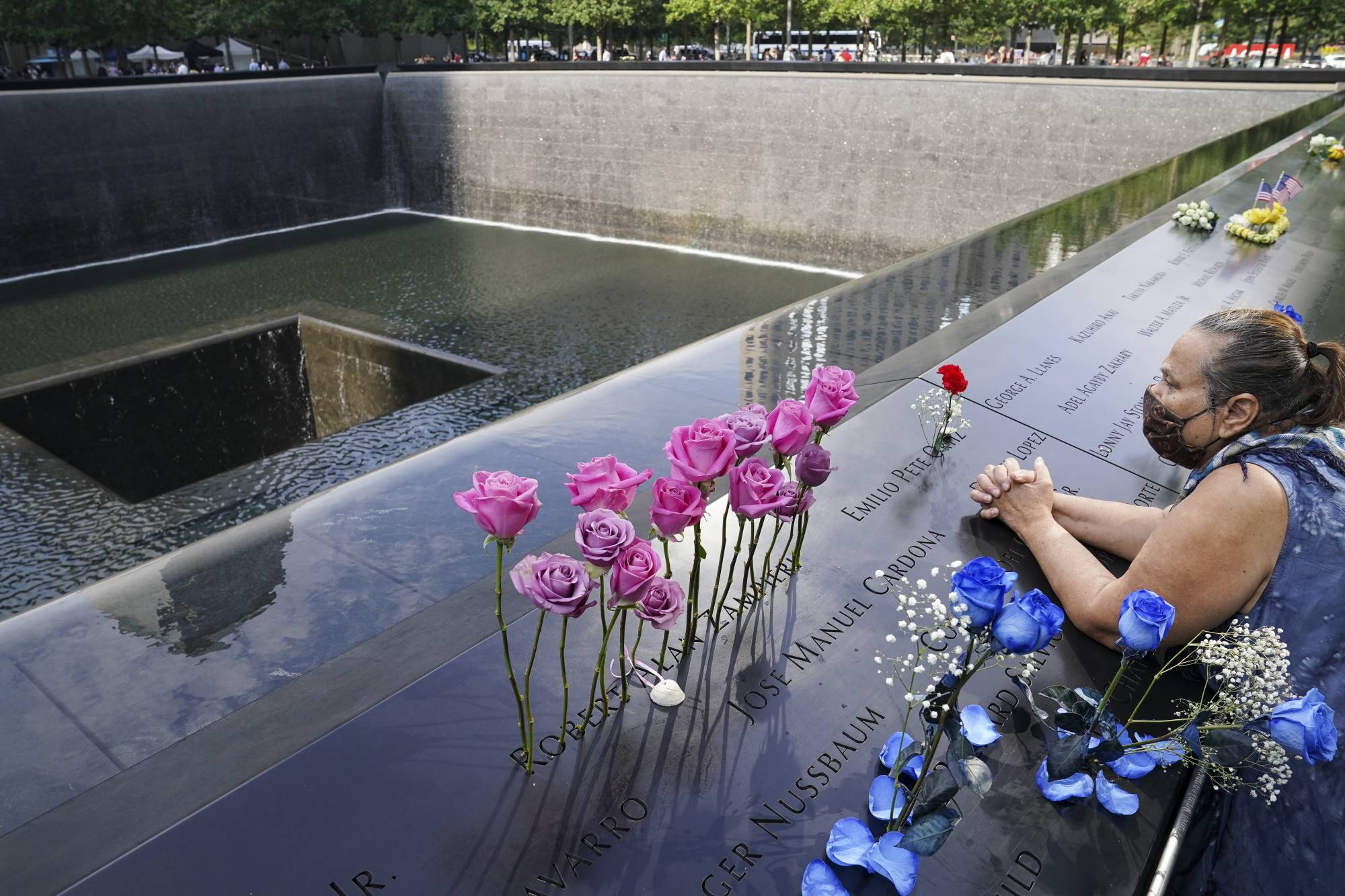