The Defense Department may have hit upon an acquisition innovation that is slowly drifting to the civilian world.

Since 2012, the Pentagon has been taking a SAW — services acquisition workshop — to procurements worth more than $1 billion.

Ken Brennan, the deputy director for services acquisition in DoD’s Defense Procurement and Acquisition Policy office, said the success of this effort that brings together all the stakeholders of an acquisition, from technology, to financial, to mission, to lawyers, is leading DoD to consider lowering the threshold for requiring the use of SAWs.

The 2012 memo mandates the SAW for $1 billion and encourages the military to use the process for any services acquisition worth more than $100 million.

He said as part of the Defense Authorization bill for 2017, DoD must revise the 5000.74 instruction to address both training of the workforce in buying services as well as the constantly changing nature of the technology and professional services market.

Brennan said DoD may broaden the use of the SAW in that update.

“The SAW is all about execution,” Brennan said at the Category Management conference sponsored by ACT-IAC and the General Services Administration in Washington on March 1. “We get pushback from people saying they are doing it by using Program Objective Memorandum (POM) budget process or using a checklist. But the reality is those processes tend to get hung up in bureaucratic inertia. Budgets may increase because of inflation, but there wasn’t that effort to look at the requirements and decide what needs to be there and what doesn’t.”

DoD just kicked off the effort to revise the 5000.74 instruction in late February. The Pentagon first released the instruction in January 2016 as an effort to add even more rigor to the services acquisition process.

In the meantime, the concept of SAW — which is described here in DPAP’s ACQuipedia site — is starting to spread to other agencies.

Tiffany Hixson, GSA’s professional services category executive in the Federal Acquisition Service, said at the conference that her office used a version of the SAW while developing the blanket purchase agreement for identity monitoring and data breach response services last year.

“We completed the requirements and performance metrics in four days because the debate happens in the room,” Hixson said. “The core working group continues to exist to address changing requirements or needs as the BPA evolves.”

Hixson said GSA’s experience was so positive that she foresees the agency using a SAW for all future multiple award type contracts.

“If you look back at the seven steps of performance-based contracting, step one was forming an integrated product team (IPT). What the SAW and the Defense Acquisition University have done is bring a level of crispness to the process that is repeatable,” she said. “You can walk in and come out with a usable product. I think this could be a shared service from a category management perspective.”

The fact is agencies continue to struggle with services procurements even though we’ve heard the call to bring all stakeholders in the room for decades. Maybe DoD has found an approach that is easy to understand, beneficial to all parties and can be modified to meet each agency’s individual needs, but still get the same end result — better a successful program.

There are plenty of things the Office of Federal Procurement Policy will/needs to address in the coming years, this could be an easy one for the new White House to mandate. 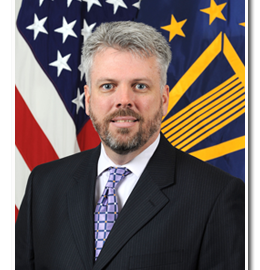