The Technology Modernization Fund still has more than $35 million to “loan” to agencies, and the board is inching closer to making a third round of awards.

Maria Roat, the Small Business Administration’s chief information officer and member of the board, said about 12 projects are in the draft phase where the agencies are working the program management office to finalize their proposals.

“Several others also have come in for phase two where they are...

The Technology Modernization Fund still has more than $35 million to “loan” to agencies, and the board is inching closer to making a third round of awards.

Maria Roat, the Small Business Administration’s chief information officer and member of the board, said about 12 projects are in the draft phase where the agencies are working the program management office to finalize their proposals.

“Several others also have come in for phase two where they are pitching their proposals to the board,” she said after the CFO-CIO Summit sponsored by the Association of Government Accountants and the Association for Federal Information Resources Management (AFFIRM).

Roat said during the panel discussion that the board received 50 proposals worth more than $500 million over the last year plus, reviewed 37 and funded seven so far.

She said the board receives agency project details on Fridays and meets on Mondays to deliberate.

One of those projects that received funding was the mainframe modernization effort at the Department of Housing and Urban Development.

HUD deputy CIO Kevin Cooke said the agency received it second tranche of funding from the board in the last few weeks, another $5 million to go with the same amount it received last fall.

“All of the architecture work is done. We’ve built a prototype or pilot already to make sure there was no issues with the hundreds of thousands of lines of code to make sure it would work seamlessly. That was a big part of the proof of concept,” Cooke said in an interview after the panel. “The money will allow that jump into the actual projects, not just the proof of concept.”

Cooke said the first $5 million of the $20 million loan went toward making sure the mainframe modernization plan was sound.

“In order to get this done, there is some reverse engineering of the applications that are there to make sure as we change the platform the programs do not lose any functionality,” he said. “That was a big agreement that we had with them that during this period of time they would be up and running the whole time with their current systems, and this replatform would not cause them to lose any functionality. From that standpoint, it’s a good process, but it’s a slow process. It’s not like we are starting from scratch and you get to decide all the new interfaces and all the new APIs and ways of doing this. We are working closely with them. This allows us to continue on our trajectory on the project.”

HUD is modernizing seven different mainframe systems all of different sizes. He expects the agency to complete about 20 percent of the project by the end of 2019.

And HUD needs to get smarter and faster because that loan is coming due. HUD has to start paying back the money to the TMF in mid-2020.

Energy project delays are over

Energy won $15 million in June to accelerate its move to email in the cloud and received $2.2 million so far.

Bryan Long, Energy’s deputy CIO, said the project is a little behind schedule because of a protest of its CIO Business Operations Support Services (CBOSS) contract, which it plans to use to move some 65 disparate email systems from laboratories and offices to the cloud.

CBOSS is a $2 billion single award blanket purchase agreement for a host of IT services. The Government Accountability Office rejected ActioNet’s protest and backed Energy’s decision to award the contract to Accenture Federal Services.

“We are behind where we had hoped to be at this point, but we do have the project awarded now under our new IT project and it will be moving out,” he said. “There is no doubt this certainly will accelerate our shift to cloud email for the remaining on-premise email systems.”

Officials from two of the current awardees, HUD and the Energy, said they have other projects proposals they want to send or resend to the board.

Cooke said the agency submitted three total proposals to the board last year and may send one of those back for a second review.

“One of ones we looked at was looking at our enterprise data management. There were so many different programs involved in that and one of the things we didn’t do is show the direct impact, not just more efficiencies, but it will be easier. When we talk about the ease around data analytics, business intelligence and reporting, those were outcomes that meant something to the department, but I didn’t think we did a good enough job of showing to the outside how much better that would be in terms of being able to look at our data more holistically across all of the 19 different programs that we had.”

Cooke said the project also would’ve taken too long to show a return on investment.

Long said Energy submitted four proposals to the board last year, including the idea to move to a desktop-as-a-service and an application rationalization effort. He said Energy has learned valuable lessons from its experience with the board.

“As you are looking at projects, you need to factor in what are the savings, where are they coming from and how quick are you going to accumulate them, and what’s that overall return on investment look like,” he said. “Will it take you five years or 10 years to recoup that money that you used to do the project. Those are some of the key things you have to evaluate.”

While Cooke and Long both praised the benefits of the TMF because the loan is helping each agency move more quickly on their respective projects, both said they expect more oversight and attention to their programs.

“You want to make sure you have enough people and the right people to support these projects. It’s very high profile. There are a lot of external eyes on it, and we chose it be because of how important it is to the agency so everybody has got to be focused on it,” Cooke said. “That’s something we would have to consider when we look at what we have in front us right now that we are doing, what spare capacity would we have” for an additional TMF funded project?

One of the most talked about and highest profile pieces to the TMF is how agencies will pay back the loan.

Long said Energy runs a fee-for-service model for its enterprise cloud email so that’s the way it will pay back the loan.

Cooke said HUD expects the costs of moving off the mainframe and into a modern architecture will pay for itself quickly. 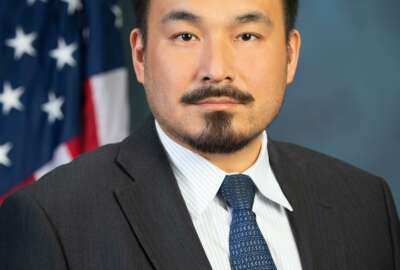 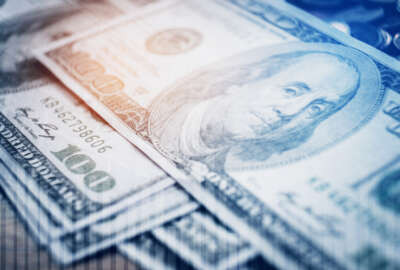