The Defense Department will spend the next year trying to bridge the gap between U.S. civilians and members of the military as statistics show decreasing personal connections between the two.

The program called This Is Your Military officially started Feb. 1 and will reach out to the civilian world more than the national security realm.

“We’re going to be attempting to break through that [national security] layer and talk to people who may not be informed about the military or have misconceptions about the military or are uninterested in the military,” Amber Smith, deputy assistant to the secretary of defense for outreach, told reporters on Jan. 29 at the Pentagon.

Smith said the purpose of the program is to introduce the public to the less than 1 percent who currently serve in the military and to fix common misconceptions like all people who served in the military are emotionally unstable or suffer from post-traumatic stress disorder.

“That ultimately threatens the viability and sustainability of the all-volunteer force, which does pose some long term national security risks,” Smith said. “Some of the trends we found are a majority of young adults think that if you serve in the military, upon leaving the military you are going to have a psychological or an emotional issue or a physical injury.”

Some numbers regarding this misconception aren’t far off. The Blue Star Families 2017 Military Family Lifestyle Survey found 48 percent of veteran spouse said their veteran exhibited signs of PTSD in the last year.

The study stated 51 percent of military families feel they don’t belong in their local civilian community and 31 percent of service members said they have not had an in-depth conversation with a civilian in the past month.

Smith said in the mid-1990s, 40 percent of young adults had a direct connection to a veteran in their family. That number has dropped to 15 percent today.

Those numbers can be concerning to the Pentagon and veterans groups for a handful of reasons. One is troops transitioning back into civilian life need to find support systems outside of the military. Secondly, DoD is trying to attract different types of people into the military and misconceptions can hinder that goal.

DoD is breaking the program into monthly themes that include: What can you do in the military? Married in the military, benefits of service and what does it mean to serve?

The initiative is using the hashtag #KnowYourMil.

Did you know less than 1% of the American population is serving in the #military? We want to show you what life is like as a service member. This is #KnowYourMil. pic.twitter.com/w8GyaHMypU

Smith said DoD understands its primary audience is the military and it needs to talk to its own audience to move past them to the civilian world. The Pentagon is going to work with actors and sports leagues for bigger outreach. That outreach won’t be simply honoring a service member at a game, but rather showing that person’s life and how they live.

Smith also said the department will use “Vice-style” documentaries to show what it’s really like to be a service member. Opinion articles and “eye catching graphics” will also be utilized.

DoD’s end goal with all this and how it will measure success is still murky. Smith said the initiative is not necessarily a recruitment program.

The question of why DoD wants to make the military and civilian worlds more collaborative is still unanswered.

Smith said DOD will base success on engagement and social media analytics. 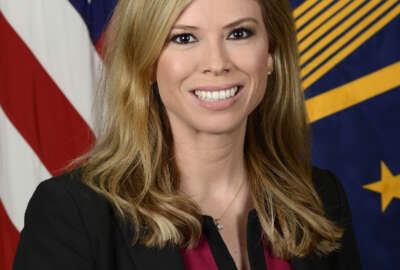