How to calculate whether phased retirement is right for you

The Defense Department made a big splash in the world of federal retirement by recently introducing phased retirement to its civilian workforce, but for employees, the announcement still leaves some questions unanswered.

“I’ve been waiting for this, because I thought it was kind of... 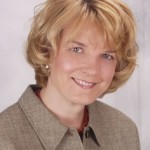 The Defense Department made a big splash in the world of federal retirement by recently introducing phased retirement to its civilian workforce, but for employees, the announcement still leaves some questions unanswered.

“I’ve been waiting for this, because I thought it was kind of a very nice idea from the employee’s point of view, to be able to ease into retirement without necessarily just stopping on Friday and then having the rest of your life to be retired,” Flanagan said. “I think this is just a nice step-down into it.”

President Barack Obama signed phased retirement into law in 2012, but it took the Office of Personnel Management two years to put the regulations in place, and another two years for agencies to start implementing it.

Flanagan said agencies have a lot of latitude in defining who can seek phased retirement, and for how long. However, phased retirement must be mutually agreed upon by the employee and agency.

“Some employees may want to go into this, but they may be told that they’re not going to be eligible based on their position or even their performance,” Flanagan said.

Civilian workers at DoD, for example, must have at least a “fully successful” score on their last performance rating to be eligible. Management also has to consider the value of mentorship that phased retirees working part-time can offer their successors.

“Is there information that you need to pass onto the next generation who’s going to take your place? I don’t think all positions will be ones that could go into this type of arrangement,” Flanagan said.

There are a few additional requirements: federal employees must have worked full-time for the past three years prior to phased retirement, and those subject to mandatory retirement (mostly in federal law enforcement) are not eligible.

For many, phased retirement will give workers their first glimpse of life without their whole salary.

“It’s a little complex. It’s a whole different way to retire, because you’ll retire essentially, but only collect half of your benefit, but then you’ll continue working, but only work half of your hours. So you’ll get half your retirement check and half your paycheck while you’re in phased retirement for whatever period of time … and then at the end of that period is when you’ll fully retire, collecting then the hybrid of that additional service that you’ve gained, and then also that original 50 percent retirement you’d been collecting,” Flanagan said.

A lot of the math, she added, will depend on an individual’s age and number of years of  government service.

“It will be definitely more income than they would have if they had fully retired, since they will be getting 50 percent of their full paycheck. But for some older employees who might be old enough to claim their Social Security retirement and continue working, they can start receiving that benefit in addition to half of their FERS retirement, for instance,” Flanagan said. “Somebody who might be over 59 1/2 years old could do an in-service withdrawal of their TSP account if they wanted to create some extra investment income to come out of their TSP, even though they’re continuing to work part-time. So I think from an older employee’s point of view, there might be additional income that they could have by collecting all three parts of FERS, for instance, if they wanted to.”

Employees who are in phased retirement remain eligible for promotions, in-step increases and January pay adjustments, which means when the second half of their annuity is calculated, they’ll get the benefit of that increased salary to compute for their final portion of their retirement.

“So that second half of their retirement benefit is going to be larger than the first half that they had received when they first went into it. And also the first half also gets the retiree cost-of-living adjustments. It’s going to be the best of both worlds, getting both the employee pay raise on part of their income and then perhaps the retiree cost-of-living adjustment on the other part,” Flanagan said.

Agencies can provide prospective retirees with an estimate of their benefits under phased retirement, but Flanagan said calculations on the second half can vary.

“You have to really do two calculations: one for what you’re eligible for today, and then project what your additional service and additional pay increase is going to create in that future retirement,” she said.

Anyone seeking phased retirement should already be financially ready to fully retire. The rest, Flanagan said, comes down to mental preparation.