Federal retirement claims were up in June, not just from the previous month but from the same time one year ago.

The claims processing backlog increased slightly from 18,024 in May to 18,198 in June. Both months were higher than the year before, but unlike this year the backlog decreased between May and June 2017, according to the report.

Meanwhile, both the average monthly claims processing time and the average processing time for the year to date rose from May to June. OPM reported a monthly average of 65 days to process claims in June, versus 58 days in May, and the year-to-date average time increased from 58 to 59 days.

But June had its own workforce shake-ups.

A governmentwide reorganization plan was unveiled last month that would reduce the size of OPM and take away much of its independence by moving it under the office of the president. A consolidation of the Labor and Education departments was also proposed, as well as possibly privatizing the U.S. Postal Service.

In response, some agencies have issued guidance trying to reassure employees that the reorganization is not intended to cut federal jobs. 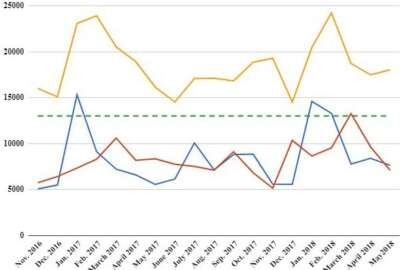 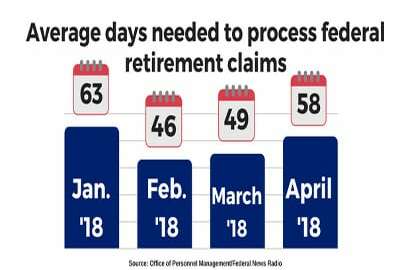 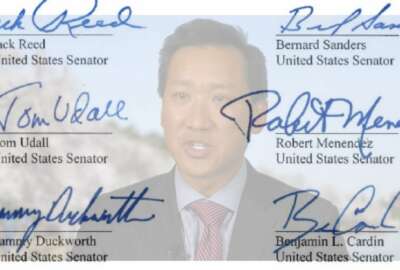