An Agriculture Department-run development program is grooming a new class of technical talent — with the goal of developing IT executives into truly top-notch federal leaders.

The USDA SES Candidate Development Program, which the department first announced last August, is designed to prime GS-14s and -15s with some supervisory experience to later take on roles as a chief information officer or chief information security officer.

The Federal Chief Information Officers Council sponsors the program and covers the...

An Agriculture Department-run development program is grooming a new class of technical talent — with the goal of developing IT executives into truly top-notch federal leaders.

The USDA SES Candidate Development Program, which the department first announced last August, is designed to prime GS-14s and -15s with some supervisory experience to later take on roles as a chief information officer or chief information security officer.

The Federal Chief Information Officers Council sponsors the program and covers the training costs for the candidates.

An executive resources board, made up of members from the CIO Council, has chosen 21 people from 11 different agencies to participate.

Of the 21 participants, 15 have expressed an interest in becoming a CIO, while six said they would pursue a CISO role in the future.

The entire program is 12 months long and is scheduled to end in November. Those start and end times were by design, said Karlease Kelly, USDA’s chief learning officer who runs the SES candidate development program.

“As one four-year cycle of an administration comes to an end … it’s [often] the time when a lot of executives decide they have done their duty, they have finished their projects and maybe this is a good time to get off the merry-go-round and retire,” she said Thursday during an ACT-IAC webinar on the USDA SES candidate development program. “That opens up opportunities for new people to be appointed. Given that cycle, we thought that the 12-month program was the best way to go.”

Throughout the year, the SES candidates take more than 80 hours of classroom training, work with an executive mentor and take a 120-day developmental detail to another position, agency or even a non-profit or private sector organization.

The participants stay at their current positions throughout the course of the program until they begin their developmental details.

The candidates will prepare a package describing what they learned during the program, which the Office of Personnel Management will later review.

The program is focused on helping the candidates develop their executive core qualifications (ECQs), the skills and competencies prospective executives must meet and demonstrate before becoming a member of the SES.

The ultimate goal, Kelly said, is to promote these candidates to the Senior Executive Service positions in IT and cybersecurity. The participants agree to continue working in federal civil service for at least two additional years after completing the program.

But beyond checking the boxes on the ECQ requirements, the SES candidate development program is simply designed to build better government leaders, Kelly said.

The program draws on the concept that self, team and leadership development is a lifelong pursuit — not only something that’s learned in your 20s, said Ted Kaouk, USDA’s chief data officer and a candidate within the SES developmental program.

“If you’re going to lead organizational change, which is extremely hard, if you can’t change yourself, changing your organization is also really hard,” he said.

Other aspects of the program are also designed to build stronger leaders with more self-awareness.

Candidates receive a 360-degree assessment upon entering the program. The feedback can challenge your comfort zone, Kaouk said.

“You’re learning a lot of things because your supervisor, your employees, your peers and others have the opportunity to provide you feedback in an anonymous way, where they know that this is going to help you see things that you might not see yourself,” he said. “Just being open to seeing some things about yourself that you might not have been aware of is another way of opening up your perspective on the world.”

The developmental details are another opportunity to push the candidates out of their traditional comfort zones. 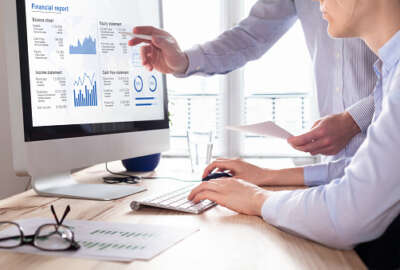 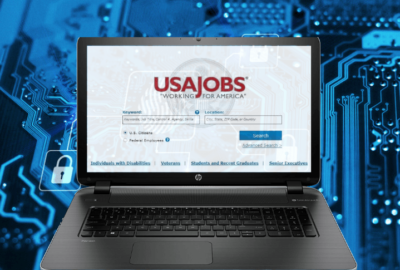 Agencies are launching new reskilling, IT career opportunities in all shapes and sizes

DHS workforce is more diverse than most, but struggles to prime employees for leadership roles