Starting May, NASA’s Jet Propulsion Laboratory will have a new permanent director. Worcester Polytechnic Institute President Laurie Leshin was selected earlier this year to lead JPL. Before she takes the reins, however, Federal News Network producer Eric White picked her brain about some of the projects she will be most excited about once she is in the big seat.

Interview transcript:
Laurie Leshin: I was definitely really honored and thrilled and humbled to be...

Starting May, NASA’s Jet Propulsion Laboratory will have a new permanent director. Worcester Polytechnic Institute President Laurie Leshin was selected earlier this year to lead JPL. Before she takes the reins, however, Federal News Network producer Eric White picked her brain about some of the projects she will be most excited about once she is in the big seat.

Laurie Leshin: I was definitely really honored and thrilled and humbled to be offered the position. And it really feels like a homecoming to me. Some of the most impactful experiences of my career have taken place at JPL and at Caltech,  and at NASA, so it’s exciting to get to come home.

Eric White: Yeah, can we get into a little bit of those experiences? What prior projects off the top of your head, can you remember working with JPL?

Laurie Leshin: Well, sure, I mean, my work with them goes back a long way. But a more recent one is I was there in 2012, when we landed Curiosity on Mars, which turned out to have been on my birthday in 2012. And I was there with the science team as a member of the science team. Cheering, going crazy when we landed. And then of course, instead of getting to continue to celebrate, you immediately have to go to work, because it’s like, you have a new baby almost, born on Mars. And you’ve gotta go make sure it’s safe and healthy and start to plan the first science that we do. We went right to work, it was 10:30 at night.

Eric White: That’s a good birthday. So can your future colleagues look forward to a work hard, play hard attitude when you take the helm?

Laurie Leshin: Well, I think work hard for sure. And I absolutely know that the people of JPL work incredibly hard, even through a pandemic, to continue to explore the solar system and beyond, as well as to look back here on Earth and help us understand and respond to climate change. So that’s incredibly hard work. But it’s incredibly exciting work. It’s pushing the frontiers of knowledge and exploration.

Eric White: Yeah, are there any current projects going on, that you’re excited to be able to really have  hand in once you get in there?

Laurie Leshin: There’s so many exciting things happening right now. We have a couple of launches later this year, one mission called the Psyche that’s going to go to a metal asteroid, the first time we’ll ever be exploring one of these very interesting objects leftover from the beginning of the solar system. That will be followed in a few more years by a mission to Europa, which is one of the moons of Jupiter, which we think has an ocean beneath its icy shell, we’re going to be exploring that. And then one of the big ones that’s coming in solar system exploration is actually falling on the tails of Perseverance, which is drilling into Mars rocks and collecting cores of those rocks. We’re going to send a mission to retrieve those cores and bring them back to earth so that the best scientists and the best labs on our planet can analyze them and really try and get at that question of, are we alone? Could there have been life on Mars? Those are all really exciting things coming in the future.

Eric White: Yeah, can you tell me a little bit about what you see as the overall role of what is probably NASA’s most famous research laboratory, how its evolved over the years and what you see for it in the future?

Laurie Leshin: It has evolved a lot. You know, I really started doing jet propulsion, which is still in the name. And today, we are the premier center for robotic exploration of the solar system, of the earth, of beyond the solar system with our telescopes, we have a great instrument in the James Webb Space Telescope, for example, that was managed by our colleagues at NASA Goddard, in DC, outside DC. So we definitely are leaders in robotic space exploration. But we’re also leaders in space technology development and innovation, in STEM education, and getting kids excited about really pursuing their dreams in the tech sector. And so we do great missions, and we’re more than missions.

Eric White:  I was at a conference yesterday, that was focused more on the Space Force, but the idea of RPA and automation in space came up and there was a lot of, we’re excited about it, but we’re not really sure  where it fits in. Have you done any research on what what AI technology might be looking like in the future of space exploration and space research?

Laurie Leshin: Well, I do think there’s a lot of new technologies coming to bear, right? Machine learning, AI, data science are especially important when we think about the deluge of earth science data that we have to really try and get smarter as we try and understand our own planet and it’s destiny. There’s a lot of great roles for dealing with huge datasets and understanding the changes that are happening here on Earth. And then as we think about things like you know, managing debris in space, there definitely are huge opportunities for new technologies, new entrants, new kinds of companies to come in and play important roles. And I think we’re going to be seeing the role of near Earth space, humans in the Earth space, changing dramatically in the next decade. So many new companies on the scene and we just look forward to being able to collaborate with them and, and help build this space economy, which benefits Earth but also the off- planet economy.

Eric White: You provided me with a perfect segway, if you’re going to be a space leader nowadays, you’re gonna get asked about the explosion in the amount of companies working in the commercial space sector, what do you make of the amount of partnerships now that NASA has with commercial companies? And, you know, are you  going to look to continue that?  And I imagine there’s going to be more?

Laurie Leshin: Absolutely, it’s an incredibly exciting time in the space ecosystem, it’s changing fast. And for the better, you know, I worked at NASA previously. And about just over 10 years ago, we started the commercial crew program when I was in working in the future human spaceflight program at NASA headquarters. And, you know, we just had this glimmer that someday there would be an abundant number of private companies capable of doing space transportation, of providing commercial launches, and commercial landing systems, and all kinds of things. And now we’re really seeing that come to life. It’s so gratifying to see.

Eric White: I asked you earlier, if there were any projects that you were looking forward to that JPL is already into, are you going to bring any new directions or new ideas? I imagine you are. But  anything specific that you want to see the lab really take more of a role in?

Laurie Leshin: We work really closely with universities, with the science community to help develop their priorities, and then bring those priorities to life. So to me, it’s all about partnership and collaboration, that commercial space companies provide new ways to build partnerships. And so I will be focusing a lot on you know, yes, delivering on our current missions and looking to the future. And those big, really difficult things that only places like JPL can do. But also how do we help enable this whole space ecosystem to do more, do it better, do it faster?

Eric White: You mentioned earlier about the workforce priorities. And you know, like other agencies, NASA is looking to diversify its workforce. What kind of efforts are you going to be undertaking once you’re over at JPL?

Laurie Leshin: Well, I think it’s really critical that places like JPL, that the whole STEM and tech sector, really work to become workplaces where everyone can thrive, where everyone can do their best work, and everyone can contribute. Because you know, what, we need all the brains, it’s not enough for just some people to be able to go into these fields. We need everybody who has passion for exploration to be able to work at a place like JPL. So I look forward to getting there and digging into what systemic things we can continue to do to make JPL a welcoming place. But also, it’s about really building those pipelines, building connections with things like HBCUs, historically black colleges and universities, and with K-12 systems. Los Angeles is an incredibly diverse community. We’ve got to be reaching out and making sure our doors are wide open.

Where NASA gets its most out-of-this-world ideas 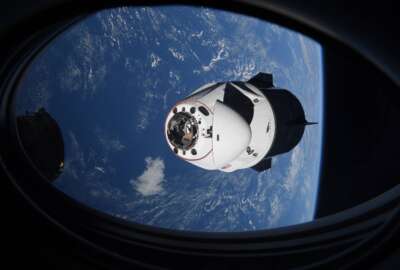 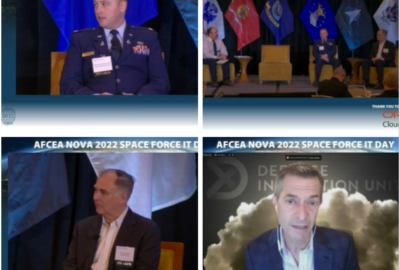 PANEL: The state of the space industrial base