The Homeland Security Department is expanding its Unity of Effort initiative to research and development programs.

Faced with diminishing budgets and ever-growing threats, the Science and Technology Directorate at DHS is taking a new approach to how it prioritizes R&D funds.

Reggie Brothers, the undersecretary for Science and Technology at DHS, said the first of several integrated product teams (IPTs) will begin in October with a charge of deciding what areas are most important to invest in and then developing a roadmap to fill in those gaps.

“The IPTs will be made up of components like Coast Guard, the Transportation Security Administration, the Customs and Border Protection, the National Protection and Programs Directorate and others,” Brothers said in an interview with Federal News Radio. “Each one of the IPTs will be led by a component lead, and then there will be a structure on top of that called a senior research council. The senior research council will be responsible across the IPTs.”

Science and Technology will create these product teams along cross-cutting topics such as cybersecurity, aviation security, border security, bio-threat security, counterterrorism and resilience.

Brothers said the IPTs product will be a list of capability gaps.

“This is a case where we are trying to define what are the capability gaps that one of our components can’t currently do and what would they need to do? That is what then will drive our research and development,” he said. “These are capability gaps that cannot be immediately filled with off-the-shelf technology. These are things that require research and development.”

Then, the IPTs will publish a roadmap of technology development plans that industry and academia can use to propose innovative solutions to these problems.

“The goal is to have some results by March of next year,” he said. “That way we can influence the next investment cycle.”

To that end, Brothers is taking a road tour to innovation hubs around the country. He started in September with a visit to Silicon Valley in California to promote the accelerator program.

“When you give creative individuals important and difficult challenges, they are more than willing to stand up and meet those challenges” Brothers said. “What we have not done enough of in the past, and we plan to address this, is give those folks an idea of what those challenges are.”

Brothers kicked off the first accelerator demo day in late September with a focus on wearable technologies for first responders.

At the event, more than a dozen start-ups presented their ideas to first responders and industry, including more than 30 investors.

Some of the innovative technologies included:

“This is a particularly interesting challenge because first responders have very difficult needs to meet because of the extreme environments that they are under, the extreme stress they are under and the extreme demands of their jobs,” Brothers said. “So even though you may have certain equipment that can be used in normal, commercial wearable technology, it may not be applicable from a reliability perspective in the first responder environment.”

DHS is building on this effort. On Oct. 13, it issued a broad agency announcement (BAA) for first responder technologies focused on eight areas, ranging from respiration for firefighters to vehicle-borne improvised explosive device assessment to enhanced roadway safety.

The accelerator and trip to Silicon Valley is one of many DHS S&T has in the works to attract new companies into the mix.

Brothers said he plans to visit Austin, Boston, Chicago, Seattle and other technology hubs across the country to attract non-traditional government contractors.

“We don’t have the resources to cover every single threat. Therefore, we have to be able to prioritize threats and put more of our investment dollars in certain areas to make more impact,” he said. “So what I see what is the difference is as opposed to spreading our investment dollars over broader areas, we are more focused and we can get more efficient and effective use of our dollars.”

The IPTs are but one way Brothers is changing the way S&T invests in research and development.

He said other priorities are defined by the President, Congress, DHS Secretary Jeh Johnson as well as others from S&T more generally.

Brothers, who joined S&T from the Defense Department about a year ago, developed 20-to-30-year visionary goals. From that, DHS S&T developed Apex programs and a five-year strategy to accomplish some of these goals.

“We also developed what we are calling our engines. Our engines are cross-cutting layers of technology that impact Apex programs as well as other programs our stakeholders are interested in. So these are cross-cutting areas like cyber, data analytics, human systems and these kinds of areas,” he said. “So we are now taking our investments and putting more of our dollars into fewer programs and that’s why we call them the Apex programs. Now you take that and we are adding the IPTs, the IPTs can start informing our Apex programs.”

Brothers said he’s also borrowing a concept from DoD called the innovation center. He said the goal is to apply the lessons learned about how corporate research labs work.

“A lot of them actually have a corporate research component that is looking at cross cutting elements. They also have a business unit that is looking at very specific business area issues, more applied than the central unit,” he said. “We are doing the same thing here. If you think of this organization, S&T as that central component and then our business units as ta component level research laboratory—we are in the process of setting up the first one now.”

To ensure the innovation lab is meeting the goals of DHS, Brothers said he launched a pioneers program as well. In this effort, DHS S&T experts work in the field with operators to better understand their needs.

“One of the challenges I’ve found with research and development has been you get very smart people that have great ideas, but without understanding the constraints of the operational environment,” he said. “What I’ve seen work well in industry and in other areas is to actually embed scientists and engineers with the operational components. So that’s another piece we are doing.” 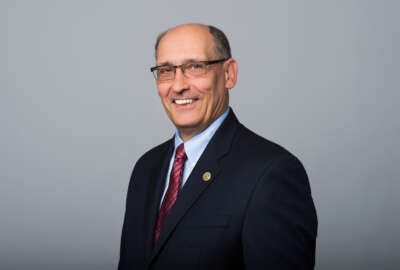