One of the original digital services gurus hired by the White House is finding a new home in industry.

Greg Godbout is leaving the Environmental Protection Agency for a startup, called cBrain. The company announced Godbout’s hiring in a press release.

Godbout helped start the 18F organization at the General Services Administration and moved to EPA to be its chief technology officer and digital services director about a year ago. He began his career in government as a Presidential Innovation Fellow.

Godbout was brought to EPA to help disrupt and change the way the agency looked at data and digital services.

But sources say Godbout got an offer he couldn’t refuse from cBrain. Sources say it includes equity shares.

Godbout will help cBrain expand its software product, called F2, to the U.S. federal government after having success with the Danish government. cBrain says its software “provides an integrated production platform built specifically for government,” and takes “the user needs of government workers as the starting point for the design.”

Godbout’s last day at EPA will be toward the end of April or early May.

“I’m devastated by the loss of Greg from our organization,” said EPA CIO Ann Dunkin. “He’s a good guy and I’m sad to see him go.”

Robin Gonzalez, who recently was hired to be Godbout’s deputy, will replace him as the director of the office of digital services and technical architecture and CTO. Dunkin said EPA will be hiring a digital services director, who will report to Gonzalez. 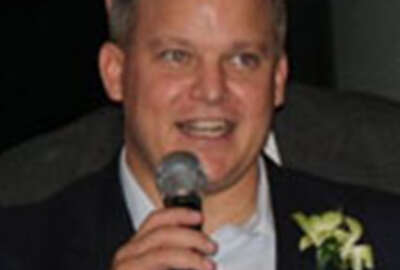