Amid bid battle, Recreation.gov has high hopes for connecting vacationers with federal data

This story was updated Feb. 27 to reflect a correction to details of the contract. The 10-year contract’s dollar amount is $182 million.

Future vacations and weekend getaways are hanging in the balance thanks to an ongoing argument over a contract for Recreation.gov.

The $182 million, 10-year agreement awarded to Booz Allen Hamilton has been mired for eight months and counting in a bid protest and now federal claims court. ACTIVE Network, which held the previous 10-year contract, filed a bid protest in May 2016 and rescinded the protest and filed in court, shortly before the Government Accountability...

Future vacations and weekend getaways are hanging in the balance thanks to an ongoing argument over a contract for Recreation.gov.

The $182 million, 10-year agreement awarded to Booz Allen Hamilton has been mired for eight months and counting in a bid protest and now federal claims court. ACTIVE Network, which held the previous 10-year contract, filed a bid protest in May 2016 and rescinded the protest and filed in court, shortly before the Government Accountability Office was going to rule on the protest.

Despite the back and forth, the team behind the government website continues to draw up to-do lists and a wish list for how it wants to improve travelers’ access to information on federal lands and waters — once the legal dust has settled.

“With Recreation.gov we have high standards that we want to build into, we want it to be delightful, user friendly,  but at the same time in the requirements we have also required that our contractor provide our data at a number of tiers to third parties,” said Rick DeLappe, Recreation.gov program manager, during a Feb. 22 FCW Citizen Engagement Summit in Washington, D.C.

“The first tier is one we do right now, the static information that we have available. Unfortunately, that’s as far as we can go at this point,” DeLappe said. “We recognize that’s not satisfactory because there are other actions that people want to do. If someone’s on their Facebook messenger or third party site and they’re looking to reserve a campground, we need to help them accomplish that without clicking back and forth between websites. The second tier that we required was that real time availability be available to third parties.”

While that information will eventually be available to third parties, the government is staying out of the e-commerce part, DeLappe said. Negotiation of fees between third-party websites and the contractor will stay there, he said.

DeLappe said the team is also working on a pilot that brings in data from Utah state parks to the federal site.

“Our big challenge is to automate that,” DeLappe said. “All the states seem to have different data base type structures and setups. So to mitigate that, one of the things we’re working on right now is building out the API code for our publishing end, so you can be a data steward. We’re trying to help build out as much of the code as possible so that really with a limited amount of investment in code writing, states and other partner entities could use that to publish into our database.”

A mobile-first design and integrating user feedback are also things the Recreation.gov team is looking at for the future, DeLappe said, so “it ends up being a really responsive product that meets the people’s needs.”

Getting agile, engaging with customers

Meeting the public’s needs is at the heart of the site, which is a collaborative effort among federal agencies and a dozen different partners and organizations, said Janelle Smith, public affairs specialists for the Forest Service.

As Smith described it, R1S is a reservation system for federal lands and waters.

“This is the umbrella organization under which we all operate and work,” Smith said. “Recreation.gov, those are the services that we provide through online travel reservation and trip planning information and customer service that’s year round for all of our customers.”

The site hosts more than 3,200 individual facilities with more than 90,000 campsites, along with lotteries for ticketed events and tours.

There’s also an application programming interface (API), with about 120,000 records that’s available for use.

Smith said about 2 million requests for data have been made since the API became available in March 2015.

DeLappe acknowledged that in the decade since the start of the original RFP process, technology has changed, which is why it’s all the more important to have a future vision that is a “user-centric platform based on user feedback.”

“Obviously, we want to get agile, we are in a waterfall environment right now and we recognize the limitations of that approach,” DeLappe said. “Moving to a fully agile environment is key to us. We’ve taken the first step of hiring a product owner who’s well versed in agile, we brought him on board early enough for him to start learning our program, going out into the filed, going out to recreation sites and understanding the complexities of those in advance, so when we sit down in scrum he knows what he’s talking about.” 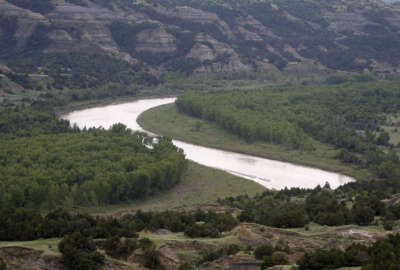 Recreation.gov: We have people’s vacations in our hands 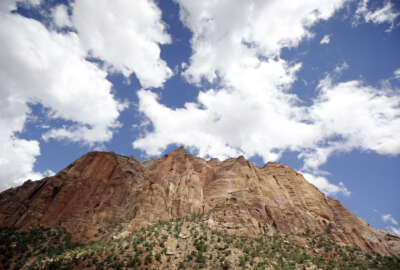 National Park Service bringing online to the outside