The public will see the next iteration of the IRS website this summer, as the agency continues its push to move more taxpayer services online.

A revamp of IRS.gov is scheduled for August, said Michele Causey, director of user experience and design for the agency’s Office of Online Services.

The new version of the site will be mobile-friendly, with content tailored to meet users’ needs on a smartphone or tablet.

The public will see the next iteration of the IRS website this summer, as the agency continues its push to move more taxpayer services online.

A revamp of IRS.gov is scheduled for August, said Michele Causey, director of user experience and design for the agency’s Office of Online Services.

The new version of the site will be mobile-friendly, with content tailored to meet users’ needs on a smartphone or tablet.

The website will also eventually have the metadata structure needed to support smart technology and artificial intelligence capabilities.

“We recognize that these disruptive technologies are going to be critical to our success, and while we’re not 100 percent there yet, we are working on it,” Causey said during a June 1 panel discussion at the IBM Government Analytics Forum in Washington. “We have done a first pass at doing a redesign from a look and feel perspective, and that is coupled with our branding and marketing strategy for the [IRS]. We’re looking at new iconography. We’re looking at a new organization of the site.”

The overhaul will come in phases, as the IRS migrates its web content management system from Open Text to Drupal. The project is part of the IRS Future State initiative, the agency’s long-term vision to eliminate more in-person and over the phone services in favor of online options.

The agency is also continuing to develop a secure online account for taxpayers to check the status of their balances, as well as a new digital communications tool where citizens can correspond with the IRS in a secure environment.

Taxpayer Advocate Nina Olson has criticized the IRS’ Future State program, arguing that the move toward online-only services leaves out a large portion of the U.S. taxpayer base that doesn’t have a reliable internet source. According to her office’s research, 33 million taxpayers don’t have broadband internet access, and 14 million don’t have internet at all.

The president’s 2018 budget proposes at least $239 million in cuts to the IRS. The president set aside about $2.2 billion for taxpayer services, about $87 million less than what the agency received in fiscal 2017. The budget would also eliminate at least 4,000 full time equivalents (FTEs) at the IRS next year.

The agency has lost nearly $1 billion in funding and 18,000 employees since 2010, according to the National Treasury Employees Union, which represents roughly 75,000 IRS employees.

And she acknowledged the IRS hasn’t always developed the tools that taxpayers want.

“Oftentimes when we create digital solutions, we may often get married to what we would like to see and not necessarily what the taxpayers or the citizens actually need and are interested in,” Causey said.

Now, she said the agency is conducting more user studies to learn about the public’s preferences before developing a new tool. When it does develop a new capability, the IRS is reviewing its call center operations and measures whether the online solution has any impact on customer service over the phone.

In addition, the IRS is forgoing past development schedules for these new projects. Getting her colleagues to change their thinking and embrace culture change has been the biggest challenge in developing these new capabilities, Causey said.

“Historically, the IRS has looked at a very finite development window,” she said. “It’s typically after filing season, April 15, up until October, November, that’s your window of opportunity. We had a very specific window for testing, and a very specific window for release. Culturally, we’re trying to change the mindset of an organization to say hey, we don’t have to develop in that manner anymore. We can now embrace agile and iterative, and we’re no longer constrained by that filing season timeline. It’s key.” 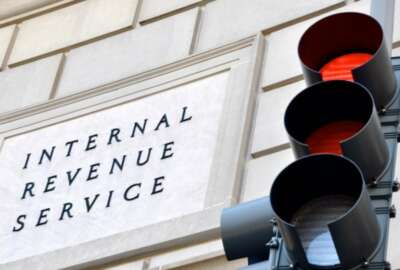 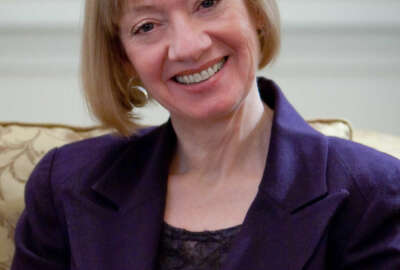