More than seven years later, and with nearly $60 million sunk into the project, the Coast Guard has nothing to show for an electronic health record contract it killed for falling behind schedule and going over its budget.

And the bills are still coming due.

More than seven years later, and with nearly $60 million sunk into the project, the Coast Guard has nothing to show for an electronic health record contract it killed for falling behind schedule and going over its budget.

And the bills are still coming due.

After scrapping its Integrated Health Information Systems (IHiS) contract in October 2015 and decommissioning the two legacy electronic health record systems IHiS was meant to replace, the Coast Guard has reverted back to using paper health records in its clinics.

Under its software-as-a-service agreement, the Coast Guard has no equipment or software it can reuse for its next attempt at standing up a new EHR system.

“Because it’s a software as a service, once we stop paying for those services, we don’t have a final product to show,” Rear Adm. Erica Schwartz, the Coast Guard’s director of health, safety and work-life, said Tuesday at a subcommittee hearing of the House Transportation and Infrastructure Committee.

Still, the Coast Guard will pay more than $5 million to contractors next month.

In 2010, the Coast Guard awarded Wisconsin-based contractor Epic with five-year, $14 million contract for a commercial off-the-shelf electronic health records system for more than 58,000 of its personnel. Before it was shuttered, IHiS ballooned to a project that included 25 different vendors.

“What began as a project to develop a simple electronic health record increased in scope and expanded into a much larger concept, which added work-life and safety services. While well-intentioned,  this project lacked appropriate oversight and governance, and resulted in a project that had significant mission creep, untimely delays and increased cost,” Schwartz said.

Rep. Duncan Hunter (R-Calif.), chairman of the Coast Guard and Maritime Transportation Subcommittee, expressed disbelief over the collapse of the health IT project.

“I think it’s absurd you’re paying next month for this, even though the whole thing’s over,” Hunter said.

Going forward, he urged the Coast Guard to follow the Veterans Affairs Department’s lead and adopt the same EHR system used by the Defense Department.

Rear Adm. Michael Haycock, the Coast Guard’s chief acquisition officer, said moving to MHS Genesis, the electronic health system used by DoD and soon VA,  is one of the “preferred alternatives” the Coast Guard is considering. He said the Coast Guard will have more details on its path forward by the end of February.

“IHiS was kind of a watershed event. It shook our foundations, it really caused us to sit back on our heels and try to figure out what happened. IHiS did not have the appropriate executive oversight and that is probably the biggest problem,” Haycock said.

In a report released ahead of the subcommittee hearing, GAO found that IHiS lacked oversight from key players like the chief acquisition officer and the chief information officer.

“You could have the best project management on these technology projects, but if you don’t have executives that are accountable and breathing down the neck of project managers, that’s what makes this stuff work, when you get executives involved,” Powner said.

Schwartz said she agreed IHiS was “stovepiped” within the Coast Guard’s medical program, and did not seek buy-in from the service’s technology and acquisition teams. Now that the Coast Guard has moved back to paper records, she said she supports the move to a joint DoD-VA electronic health system.

Since the Coast Guard is starting again from scratch on its electronic health record system, Powner said it makes sense to adopt MHS Genesis.

“This is a robust area when you look at commercial products. So I don’t know why we would look at anything beyond commercial products, and I’ll narrow it further — let’s piggyback on DoD and VA. Let’s make it simple. We’re making it too complicated,” Powner said. 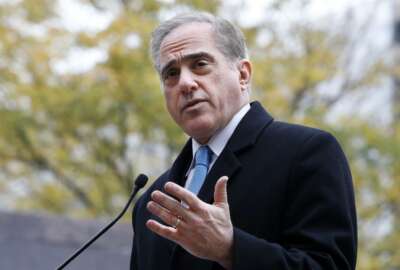 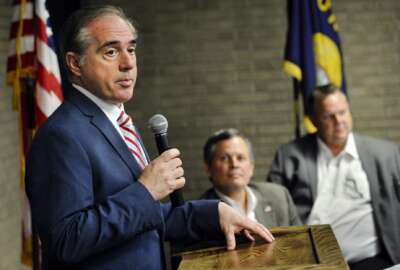