Dams and hydro power stations might be crucial to the areas they serve, but they have water diversion channels and intakes that can harm the nearby fish. The Energy Department’s Water Power Technologies Office has launched a prize challenge to discover safer and more reliable designs for these structures. Joining Federal Drive with Tom Temin with more, the director of water powered technologies, Alejandro Moreno.

Tom Temin: Now the last time we had you on, you were talking about self powered devices out in the ocean. Here we’re talking about a totally different area, which is the inland waterways. Tell us the problem here and what energy is going after here?

Alejandro Moreno: Sure, as many of your listeners probably are aware, occasionally when a fish tries to go through a hydropower facility, it could be struck by a turbine. It doesn’t happen all the time or necessarily that often, but we want to make sure that it doesn’t happen at all or it happens as little as possible.

Tom Temin: And dams also have spillways to that may not be connected to a turbine, but is that also a danger to the fish?

Alejandro Moreno: Yeah, sometimes the way a dam is constructed, it can separate fish from their natural habitat and move them into unnatural environments, this is something called entrainment. And, for example, this could be caused by unscreened water diversions and pipes used to redirect water for irrigation or water supply.

Tom Temin: All right, so tell us about this contest then. This is a challenge, prize competition. Correct?

Alejandro Moreno: It is. It’s the DoE Fish Protection Prize competition, which is a partnership with the Bureau of Reclamation, and it builds on the bureau’s 2019 fish exclusion prize. The goal of their initial fish exclusion prize was to keep fish safe from water diversions, and they announced winners in December of 2019.

Tom Temin: Okay, so if the problem’s solved, what are you doing now?

Alejandro Moreno: I think one early stage prize probably wasn’t quite enough. But this time we are partnering directly with the bureau to take the next step, to take some of the ideas that were developed through the bureau’s initial prize, as well as open up the field to new different ideas, and develop an entire concept and design a research and testing plan to either improve fish protection or exclude fish from from dangerous situations all together and decrease the number of fish susceptible to river and canal diversions, unscreened diversion pipes, or intakes at hydro dams.

Tom Temin: And what are some of the ideas that you have on hand now? Because it sounds pretty simple. Just put a screen over where the water goes.

Alejandro Moreno: That has been used with quite varying degrees of success. Um, over the course of the last 100 years and and, of course, you can put a screen. But it, depending on the design and the positioning of the screen, that can dramatically reduce the efficiency of of the hydro-facility itself. And so this competition is open to all sorts of new ideas, really were. That’s the value of a prize when when we as the department wants to throw open the doors innovation and those could be ideas that are radically new, need a lot of technical support to develop, as well as those that improve existing technologies. A new design of a screen, for example, and would benefit from a testing campaign to validate the use in the performance characteristics.

Tom Temin: So the second round then is to just seek fresh ideas and more ideas that might be able to be awarded and then put into design and testing?

Alejandro Moreno: Exactly, the first round was just to come up with concepts. The second round we’ll actually be able to build those concepts and see how they work in the field, in natural river systems.

Tom Temin: And who are the types of people submitting ideas? Are they the hydro engineers? Are they college design students? Or what?

Alejandro Moreno: Yes, and that is the beauty of this type of prize mechanism is that we’re really able to broaden the field of people who can submit ideas. It doesn’t take months to write an application, and often with our traditional funding opportunities, the barrier to entry can be high. With the prize. It can be college students. It can be hydro engineers. It could be a company. It could be an individual.

Tom Temin: Give us the time parameters here. I think we’re about halfway through the submission stage for this current round.

Alejandro Moreno: The first stage closes on April 15th, and following that there will be the pitch contest. And once the prize is a rewarded, the grand prize winners will receive cash prizes from a $700,000 prize pot that includes in-kind voucher support to further develop their innovation from one of our national labs, the Pacific Northwest National Lab. That’ll be valid through the end of September 2021.

Tom Temin: And once something is found to be a great breakthrough in keeping fish from swimming up into turbines or getting into the wrong water diversion pathways, how does that get commercialized and deployed, say, many, many I don’t know how many possible locations there are in the United States, but we’ve got thousands of dams and hydro stations. Correct?

Alejandro Moreno: Sure. Well, the first step is validating the performance and making sure that it is an improvement in fish passage and also works from the economic standpoint of the facility in question. And then making sure that the regulators are comfortable with it. Of course, every hydro-facility in the U. S. is subject to some sort of regulation. The private ones from the Federal Energy Regulatory Commission. And once a technology is developed through through this prize, the innovator, the inventor retains all of the intellectual property, and they will be able to commercialize their system with the support of DoE and the national labs as needed.

Tom Temin: And, by the way, do we have any sense of how many fish or the value of fish, or the species of fish that tend to be affected by these issues of water infrastructure?

Alejandro Moreno: Sure, the fish species affected by water infrastructures varies by a geographic location. So, for example, in the Pacific Northwest, of course, the salmon are generally the species of greatest concern as they migrate upstream from the ocean to spawn. On the East Coast, it’s different. lamprey or shad tend to be more common. So the designs often are likely to be different depending on their use, depending on the the hydrology of of the facility itself,  and of the river and of the species in question.

Tom Temin: Alejandro Moreno is director of water powered technologies at the Energy Department. Thanks for joining me and good luck with that contest.

Alejandro Moreno: Thanks very much. 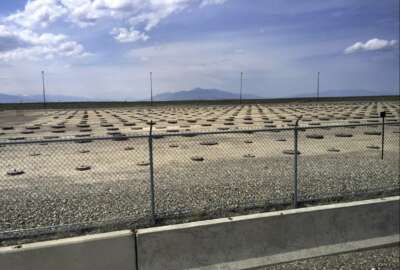 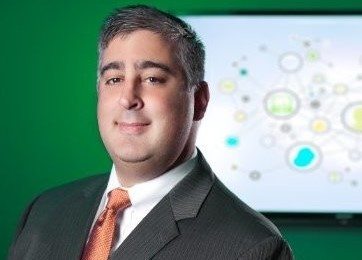 Energy Department CIO breaks down goals for IT modernization in 2020 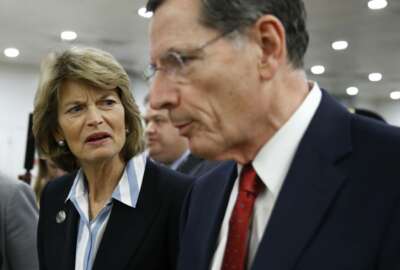