Once touted as almost a miracle communications technology, 5G has run into trouble. The Federal Aviation Administration worries strong signals near airports will interfere with certain aircraft systems essential to safe landings. Verizon and AT&T say it’s not so. Just before yesterday’s agreement was reached, the Federal Drive with Tom Temin spoke to the President and CEO of...

Once touted as almost a miracle communications technology, 5G has run into trouble. The Federal Aviation Administration worries strong signals near airports will interfere with certain aircraft systems essential to safe landings. Verizon and AT&T say it’s not so. Just before yesterday’s agreement was reached, the Federal Drive with Tom Temin spoke to the President and CEO of the Flight Safety Foundation, Dr. Hassan Shahidi, for insight into what’s actually going on.

Tom Temin: Tell us about the foundation a little bit. Would you call yourself an honest broker here in this technological snafu that’s really hit the industry?

Hassan Shahidi: We’d like to believe so. The foundation is an aviation safety advocacy nonprofit organization that has been around for 75 years. In fact, this year, we’re celebrating 75 years from the beginning of the foundation, and we are involved in education and safety advocacy and training globally.

Tom Temin: Getting to the 5G issues here, what band are we talking about? Because 5G encompasses a lot of frequencies, correct?

Hassan Shahidi: Well, that’s the issue right now is this band of the radio frequencies between 3.7 and 4.2 gigahertz, and this is known as the C band. This part of the spectrum is highly suitable for 5G networks, and was auctioned last year by the FCC. As you know, AT&T and Verizon, who purchased these frequencies, plan to roll out 5G services.

Tom Temin: And how is it used by aviation already?

Hassan Shahidi: This part of the frequency is not, but the adjacent set of frequencies between 4.2 and 4.4 gigahertz is used by aircraft equipment, and specifically the aircraft altimeter. Now this equipment determines the height or the altitude of the aircraft, and is used by several onboard safety systems, including landing systems during low visibility conditions as well as collision warning systems and ground proximity warning systems.

Tom Temin: And has this been the case for a long time? Is this part of that general getting away from ground-based radars?

Hassan Shahidi: No, this has been in place for many years, many decades as a matter of fact. And it is actually an integral part of the aircraft systems. And the concern is that when the 5G service is turned on, that there will be radio frequency interference with the systems that may cause potential hazards.

Tom Temin: So it’s almost an adjacency issue, in other words. They’re worried that, just like you tune into one radio station and you’re just a hair away from the next one, sometimes there’s a little bleed in of the frequencies.

Hassan Shahidi: That’s right. And there has been a study — an extensive study — conducted last year on this that determined that there could be, under certain circumstances, some interference. And the FAA is concerned about that and wants to make sure that, as this 5G service is rolled out, that there are mitigations that are in place that could really avoid those kinds of risks.

Tom Temin: And when aircrafts are using this frequency to calculate altitude, does this matter when they’re at cruising altitude between Phoenix and Chicago? Or does it really come into play as they get on to their final landing approach?

Hassan Shahidi: Well, first of all altimeters are used at all altitudes. But for this particular issue, the concern is around airports, as the aircraft is approaching the airport, that there is concern that those lower altitudes when the safety systems are used very very carefully — especially during inclement weather conditions — that there is a risk of interference.

Tom Temin: So what is the answer, then? Is there an answer? Is it a matter of power of the frequencies, or is there some filter or some way of focusing them to? How can they get together here?

Hassan Shahidi: Certainly. Well, first of all, aviation and 5G can, in fact, coexist. And the foundation has called for collaboration and information sharing by experts on both sides to develop safe deployment of these 5G services. Now, the good news is that in the past just few days and a few weeks there has been a high degree of dialogue within the expert community. There has been some exchanges of letters between high officials from DoD and the FAA, as well as the Verizon and AT&T CEOs. And there are some mitigations that are being discussed. First of all, adjusting power settings of the cell base stations, for example, or tilting the antenna below the horizon to reduce the RF interference as another example. Establishing a radio frequency buffer zone between the two segments that we’re talking about — that’s another solution that has been offered. And of course, the one that’s really being discussed now is limiting 5H services for a while around key airports, creating an exclusion. This has been done in France, as well as in Canada,

Tom Temin: We’re speaking with Dr. Hasan Shahidi. He is president and CEO of the Flight Safety Foundation. I was gonna say, yea, there is evidence that they have reached accommodation in places outside of the United States. Sounds like France and Canada are the model so far?

Hassan Shahidi: That’s right. And while the systems and aviation systems and the actual implementations of 5G services in these countries are not exactly the same, what these recent discussions really are telling us is that there’s a way forward. And that, in fact, aviation and 5G can coexist together, and that it’s important for 5G to be rolled out, and for the U.S. to really stay ahead on this technology.

Tom Temin: Because I wonder if one of the concerns of the carriers — the wireless carriers, that is — is that business travelers would complain because they’re paying for 5G service on their phones, and when they get to the airport you have to wait around for two hours. There’s no 5G there.

Hassan Shahidi: Well, passengers are users of cell phones, as we all know, and 5G will be a great enabler for everybody, including passengers. So absolutely they can coexist, and they will coexist. And we’re very, very hopeful that moving forward, the expert community can come together and work out these mitigations. And we can roll out the 5G and be safe.

Tom Temin: And just using my imagination here because I’m not a technical expert, is it possible to say at the frequencies where it comes close to those being used by aviation in the airport facilities, they could narrow the bandwidth down, keep the power up for higher frequencies, but not for the frequencies that are adjacent to the ones used by aircraft?

Hassan Shahidi: Right. These are some of the mitigations being discussed. And it really is going to boil down for the expert community to come together and agree on a set of mitigations and a set of implementation and rollout of 5G that will not only keep safety, you know, upfront and really ensure that, but also make sure that the 5G implementation is also done efficiently and effectively.

Tom Temin: And just a wider ranging question for you. Aviation has been getting steadily and markedly safer over the decades. I mean, we have all the statistics to prove that. And the FAA is, they’re being tough here with Verizon and AT&T with respect to this rollout. Is it fair to say, or accurate to say, that worldwide, the FAA — the United States FAA — is still the gold standard for safety and safety standards in aviation?

Hassan Shahidi: Absolutely. And I think what’s important is to note that there are a set of safety standards that have been developed by the FAA and have been adopted globally, that really ensures that we have the highest level of aviation safety, not only here in the U.S. but also globally. So it is important to really focus on those standards and make sure the standards are met. And make sure that as we roll out new technologies, such as 5G, that we understand the implications of those against these standards. And if we need to, for example, upgrade some of the altimeters that are out there that may be outdated, well then there is some transition for those to be to be updated over time.

Tom Temin: And by the way, we’ve been concentrating on commercial aircraft. Is the same technology used in general aviation?

Hassan Shahidi: Absolutely. In fact, this altimeter technology and all of the safety systems are used for emergency helicopter services, as an example that if you really don’t have the equipment, you’re not able to dispatch and be able to really get to the injured that need to be transported. So those services and those systems are also very important, as well as general aviation, business aviation as well.

Tom Temin: Dr. Hassan Shahidi is President and CEO of the Flight Safety Foundation. Again, the Transportation Department and the FAA yesterday reached an agreement that paves the way for the 5G deployment. 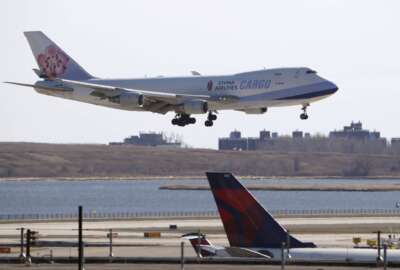 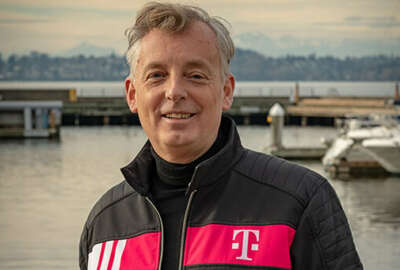 Applications for 5G in the federal government 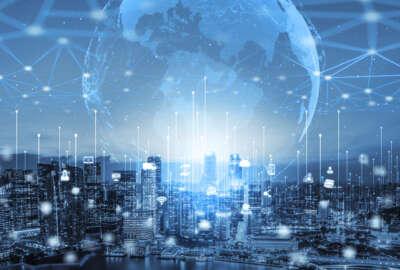