Sometime after 9/11, I was about to fly from Boston’s Logan Airport. From within my L. L. Bean duffel bag, something caught the attention of the Transportation Security Administration officer. Tongue askew, he twisted his arm to get into a deep corner of the bag. Then he withdrew his hand triumphantly.

I suggested calling over the Massachusetts State Trooper standing nearby to adjudicate. With the two of them looking on, I unwrapped a cigar. I withdrew the projectile from the casing. Its rear end was fashioned into a circular blade. With a quick punch-and-twist, I made a draw hole in the end of the cigar.

“It’s a cigah cuttah,” the trooper said. “Let the man board.” Off I trotted, cigar cutter in my pocket.

Instagram is enormously popular, not just for foodies, dog lovers and self-styled fashionistas. Turns out, one of the great Instagram accounts belongs to the Transportation Security Administration. TSA has won social media awards. Because I’m not generally interested in what strangers are about to chow down, I don’t go on Instagram very often. But this week TSA posted a picture of a man wearing a full face mask made out of a pancake.

OK, we get it. You really like your flapjacks. In fact, you’ve flipped over them. Well, it’s #NationalPancakeDay so I am happy to let you know that whether you’re traveling with a short stack, or a heap of hotcakes, you’re allowed to bring them on the plane as a carry-on item or in a checked bag. However, if you put them in your checked bag, I recommend putting them in a plastic container or they’ll get smashed as flat as a… well, never mind. … You’re probably wondering about syrup… It doesn’t have to be a sticky situation. Syrup can be packed in unlimited amounts in your checked baggage, or in containers that are 3.4 ounces or less in your carry-on. … If you’d like to pack syrup (or any other liquid, gel, or paste) in your carry-on bag, you’re allowed to take as many 3.4 ounce or smaller sized containers that will fit in one sealed, clear, quart-sized zip-top bag – and one bag per person. Make sure you take the zip-top bag out of your carry-on prior to sending it through the X-ray.

So I became one of the 850,000 followers. Mostly TSA posts the crazy things it finds people trying to bring onto planes. Handguns are the least of it. Knives (including one hidden in a banana), pointy objects they fling in kung-fu movies, brass teeth, shrunken heads, a live cat.

Ostensibly, TSA operates the account to educate the public about what it can and cannot bring on board. Pancakes are allowed. And not, presumably, an 8-ounce bottle of syrup. But there’s some larger picture here. TSA accompanies the posts with wry write-ups. It’s clearly attempting to put a human face on itself.

I wonder, how should federal agencies portray themselves? They have a narrow lane in which to operate.  “Appropriate” is such a hackneyed term, but they’ve got to always be appropriate. TSA hits the right blend of officialness and humor. The humor, or maybe human, side is important. Most people encounter TSA as a grumpiness-inducing impediment to freedom of movement. Like the IRS, TSA didn’t make the world it’s obligated to work in. The more it can project that it mainly commiserates with the travelers it has to pat down, maybe the easier its mission becomes.

I once chatted with an off-duty officer in an airport corridor. His job was to hand inspect luggage. He said he wore double rubber gloves. “You wouldn’t believe what we find when we open a suitcase,” he sighed. Filthy, sometimes gooey stuff and the occasional animal.

Sounded like a stressful job. Yet maybe better than dealing with some of the human flying public and its poorly hidden grenades. Click! 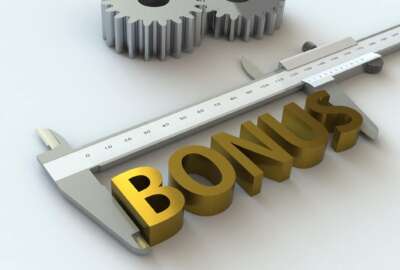 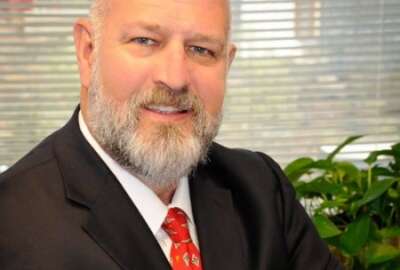 White House proposals for civil service reform: What they missed